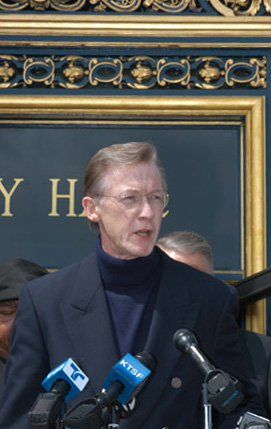 On April 3, 1980, First Orthodox Presbyterian Church in San Francisco won its motion for a summary judgment in the Superior Court of California. Judge John Ertola ruled that the church was within its rights to fire its organist, who was an unrepentant homosexual. The judgment read:

The framers of the United States Constitution and the Bill of Rights wrote the Free Exercise Clause to protect religious beliefs that may not be followed by the majority, to allow every person to obey his own conscience without interference from the government. Freedom of religion is so fundamental to American history that it must be preserved even at the expense of other rights which have become institutionalized by the democratic process.

This ruling was not the end of the ordeal for Pastor Charles McIlhenny and his church, as they were victims of ongoing harassment from gay activists, including death threats and fire bombings. Chuck and Donna McIlhenny chronicled the trials of the congregation in their 2000 book, When the Wicked Seize a City.