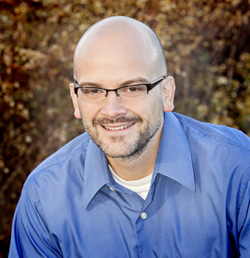 The Committee on Home Missions and Church Extension is pleased to announce the call of their new general secretary, the Rev. John S. Shaw. He is the founding pastor of Mission Orthodox Presbyterian Church in St. Paul, Minnesota, where he has served since 2006. He has also served as a member of the denominational Committee on Home Missions since 2008, where he is chairman of the Church Planting Subcommittee, which interviews and approves new church planters and reviews church-planting operations. He will replace the Committee's retiring general secretary, the Rev. Ross W. Graham, who has served in that position since 1990.

John Shaw, age 40, is a 1995 graduate of Geneva College in Beaver Falls, Pennsylvania. He received his M.Div. degree from Reformed Presbyterian Theological Seminary in Pittsburgh in 2006. He is married to the former Anne Copeland of Beaver Falls. The Shaws currently reside in St. Paul with their four children. John will begin his service as Home Missions general secretary in March 2013, working from his home in Minnesota to allow their children to complete the school year before the family relocates to the Philadelphia area during the summer months.

The new Home Missions general secretary brings some unique experiences and skills to his work that give the Committee exceptional confidence that he is the right man to take the lead in the work of OP church planting. The son of Bill and Mary Shaw, John and his brothers were born into the OPC. Baptized by Lawrence Eyres at Redeemer OPC in Dayton, Ohio, while that church was still a mission work, John was part of an OP church-planting family. When Bill Shaw's job soon took the family to Columbus, Ohio, many of the first Bible studies and prayer meetings for the founding of Grace OPC in Columbus took place in the Shaws' living room. A decade later, John's dad, now a ruling elder in the OPC, was involved, along with the rest of the family, in the early stages of the planting of Covenant OPC in Mansfield, Ohio. So John can tell boyhood stories about setting up chairs for worship services in rented halls and of meeting for Sunday school classes in the stairwells of borrowed bank buildings. 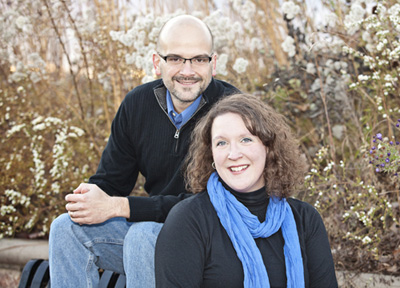 As John completed his degree in political science at Geneva College in 1995 and married his singing partner, who just happened to be the daughter of Dr. Robert Copeland, director of Geneva's touring choir, and Mrs. Louise Copeland, director of New Song, even more unique preparations were in store for him. He entered Ohio politics. Serving in every capacity from legislative assistant to campaign manager to district director for a US congressman, John spent the next eight years of his life learning to manage and motivate people. He learned the ins and outs of finances and how to analyze spreadsheets. He managed budgets in excess of four million dollars and learned how to travel, all the time being a devoted Christian husband and father to a growing family. And that is yet another part of the story of how God has prepared the new general secretary for his work.

When his political career required him to live and work in the Dayton, Ohio, area, it happened that a new OP church plant was under way just north of the city in Vandalia. So John and Anne chose to be part of Covenant OPC, where Charles Jackson was the organizing pastor, and where setting up chairs, teaching Sunday school, and playing the piano for worship just came naturally to a church-planting son of the OPC. Soon the church was organized and John, while still in his twenties, was ordained as a deacon, caring for various needs in the church and learning about a life of service. Within a few years, he became a ruling elder in the church, and learned to how to balance the rigors of caring for the flock with the hard work of providing for his family and striving for excellence in his political and managerial work. The pastor and congregation in Vandalia can still recall that through all his years of managing political campaigns and handling constituents’ problems, John never missed an evening service, a prayer meeting, or a session meeting.

But the hope that got John into politics ultimately caused him to pursue the ministry. As he expressed it recently to a group of church planters, "Real solutions to life's problems cannot be brought about by political change, but only by the gospel of Jesus Christ. And once I came to that conclusion, I knew God was calling me to the ministry." So it was off to seminary for the Shaw family. John chose the seminary of the Reformed Presbyterian Church in North America in Pittsburgh in order to be close to grandparents, and he poured himself into his three years of studies. But each of the two summers between seminary classes found the Shaws leaving Pittsburgh for summer internships. First it was back to Redeemer OPC in Dayton, where he had been baptized, to work with Pastor Michael Frangipane. Next it was out to Grace OPC in Sheboygan, Wisconsin, to polish his ministry skills with Pastor Ivan De Master less than a year before his graduation.

The final and probably most important chapter in the story of the preparation of the new general secretary for his work involved the planting of Mission OPC in St. Paul, Minnesota. Just weeks after graduating from seminary, John Shaw and his family arrived in Minnesota to work with a small but committed core group of fifteen people who had been working for eighteen months to establish an OP presence in the Twin Cities.

John was called by a group that had agreed that their focus should be on the central city of St. Paul, rather than the sprawling suburbs of the greater Minneapolis–St. Paul area. They had researched the history of Presbyterianism in St. Paul and found that there was a good record of the establishment of a sound first church called the Presbyterian Mission to St. Paul. So they took the name Mission OPC to carry on the work begun almost 175 years earlier. God then providentially led them to approach an aging PC(USA) congregation about the possibility of sharing meeting space. That congregation enthusiastically took them in, giving them a home in the Como Park neighborhood in the core of the city, where they had already been worshiping for a year and a half.

During the next three years, God did amazing things, adding people to the OP congregation from ten different nations and all walks of life. Some were business professionals and graduate students, and some had little education and struggled to speak English. But God molded them together into a city congregation of his people. Then, in an amazing confirmation of his blessing on this new church, God gave them the building in which they had been meeting—all 17,000 square feet of it! The older congregation asked their presbytery to sell the historic building to their new friends in the OPC for a fraction of its value, and the sale was approved. Today a thriving congregation loves to gather there to worship and to hear God’s Word preached by their loving and faithful pastor.

So now you know something about the man whom God has called to be the new general secretary for the Committee on Home Missions and Church Extension, and why the Committee is so enthusiastic about him. Welcome, John Shaw.