A Journal for Church Officers

The Ruling Elder Podcast Is Here

Letters to a Younger Ruling Elder, No. 1: The Danger of Pride

by An Older Elder

Commentary on the Book of Discipline of the Orthodox Presbyterian Church, Chapter 3.4–6

An Attempt at Reconciling Paleoanthropology and Scripture: A Review Article

What Is the Primary Mission of the Church? A Review Article

The Unfolding Word, by Zach Keele 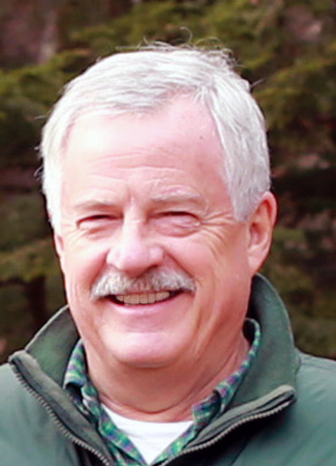 From the Editor. The Committee on Christian Education has initiated a new program to help encourage, inform, and equip ruling elders for faithful, effective, and God-glorifying ministry in the visible church of the Lord Jesus Christ. The Ruling Elder Podcast will publish its first podcast on January 15, 2023, in which Stephen Tracey interviews committee president Rev. Craig Troxel. The location of the link(s) will be announced prior to the launch. Here is the new page: https://repod.opc.org/. It will be populated with the first episode on January 15.

This month we tackle a subject that is controversial in some Christian circles: the historicity of Adam. Professor of biology at Grove City College, Jan Dudt, explores this topic in his thoughtful article “Adam, Modern Anthropological Science, and Faith.” His review article “An Attempt at Reconciling Paleoanthropology and Scripture” reviews In Quest of the Historic Adam by William Lane Craig. Dudt teaches a required course called “Studies in Science, Faith, and Technology” and the course “Evolutionary Biology” as well as other biology courses.

We begin a new series “Letters to a Younger Ruling Elder” written by an experienced ruling elder who has some sage advice for those who are relatively new to the ruling office. His first offering is “The Danger of Pride.”

Alan Strange continues his “Commentary on the Book of Discipline of the Orthodox Presbyterian Church” with chapter 3.4–6. He makes the very important point in chapter 3 that Matthew 18 is only meant to describe discipline between equals, not normally when a Christian has a grievance against a church officer.

Christopher Chelpka reviews The Unfolding Word: The Story of the Bible from Creation to New Creation by Zach Keele. In the biblical theological tradition of Meredith G. Kline and Geerhardus Vos, Keele “keeps in mind the unity of the picture in Christ and shows how the parts fit into the whole of God’s unfolding Word.” Chelpka concludes, “It is an introduction to the Bible for those who are familiar with its contents but are ready to go beyond the general and learn to see more detail.”

The poem this month “Adam’s Silence” is by our own Mark Green, poet and president and CEO of Sola Media. Green reflects on the historical fall of Adam in Genesis 3:20.

FROM THE ARCHIVES “SCIENCE AND FAITH”

Ordained Servant exists to help encourage, inform, and equip church officers for faithful, effective, and God-glorifying ministry in the visible church of the Lord Jesus Christ. Its primary audience is ministers, elders, and deacons of the Orthodox Presbyterian Church, as well as interested officers from other Presbyterian and Reformed churches. Through high-quality editorials, articles, and book reviews, we will endeavor to stimulate clear thinking and the consistent practice of historic, confessional Presbyterianism.