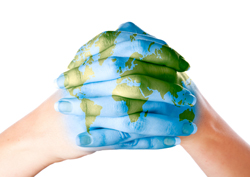 Your Involvement in Missions

There are men set apart to labor in the Word and doctrine. Christ gave some evangelists and some pastors and teachers. There are particular offices in the church of Christ. How jealous the church should be that such should be equipped, called, and sent forth. “Pray ye therefore the Lord of the harvest that he would send forth laborers into his harvest” (Matt. 9:38). The paucity of consecrated and endowed missionaries of the evangel is a commentary on the lethargy, coldness, indifference, and lack of zeal on the part of the church. Mission is the vocation of the church and if men are not forthcoming for the special office, judgment must begin at the house of God, and judgment, let us remember, to a large extent upon our prayerlessness. “When Zion travailed she brought forth children” (Isa. 66:8).

But although the special office must be given due place and esteem, this is not the only aspect of the church’s mission. The doctrine of the priesthood of all believers received appropriate recognition in the churches of the Reformation. But I fear that, in our Reformed churches, the implications have been conspicuous by their neglect in the practical sphere. If there is the universal priesthood, there is also the universal prophethood. And herein lies the mission of the church.

In the New Testament we have an arresting example. “And at that time there was a great persecution against the church that was at Jerusalem; and they were all scattered abroad throughout the regions of Judea and Samaria, except the apostles ... Therefore they that were scattered abroad went everywhere preaching the Word” (Acts 8:1, 4). It is not our interest now to discuss the extent of the dispersion of the believers at Jerusalem. It has been thought that the dispersion applied to Hellenistic Jews. Our interest now concerns the fact that those scattered abroad went about preaching the Word, and from Acts 11:19–21 we learn that this activity extended to Antioch in Syria, which played so important a role in subsequent missionary expansion of the church. It would not be reasonable to restrict this preaching of the Word to the special offices of prophet, evangelist, and teacher, although from Acts 8:5ff. we must reckon with this more official ministry of the Word (cf. also Acts 13:1–4).

It is this evangelizing responsibility of the members of the church that we are so liable to neglect, and the indictments must be directed to multiple aspects of failure to bring to expression our profession, a failure that reflects on our conviction and devotion. No phase of evangelism is more indispensable to the spread of the gospel and to the building up of the church.

A disquieting departure from the New Testament institution at the present time is the opening of the office of the ministry to women. In this there is failure to recognize and maintain the line of distinction between the general office of believers and the special office of the ministry of the Word. There is not only ample scope, but an indispensable place for the activity of women in witness to the faith. It is here that women properly and necessarily perform the most effective service in the propagation of the gospel. Particularly does this obtain in witnessing to their own sex.

There are here avenues of evangelism that are scarcely open to men. If women were alert to their opportunities and responsibilities in this realm of more personal witness and instruction, then not only would there be no plea on their part for entrance into the special office; there would be recoil from the suggestion.

In this failure on the part of men and women to understand and discharge responsibility and buy up opportunity, resides to a large extent the appalling spectacle that confronts us in the sphere of mission. At our doors and within our family circles is the call to mission. Our remissness springs from our lack of concern for the salvation of perishing souls, our lack of love, our lack of zeal for the claims of Christ and of his body the church, and finally our lack of jealousy for the glory of God. If fervor of spirit and the service of the Lord animate our hearts, then with the apostles we cannot but speak the things which we have seen and heard. And we may not be dismayed by the odds of unbelieving opposition and indifference. The gospel is the power of God unto salvation and his Word will not return unto him void. And he has put this treasure in earthen vessels that the excellency of the power may be of God and not of us.

Collected Writings of John Murray, Vol. 1, pp. 250–252. Mr. Murray was an ordained minister in the Orthodox Presbyterian Church from 1937 until his death in 1975. He was Professor of Systematic Theology at Westminster Theological Seminary in Philadelphia from 1929 until his retirement in 1966. He was no ivory tower theologian and as a member of the Presbytery of New York and New England was active in mission work conducted by the Society for the Propagation of the Reformed Faith in New England. Reprinted from New Horizons, March 1988.