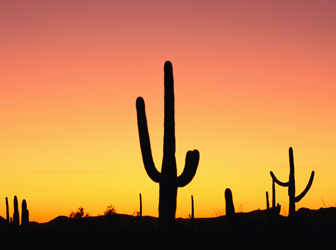 Organization is not the end of the journey for Covenant Orthodox Presbyterian Church in Tucson, Arizona. It’s another step along a path that God has richly blessed. As Covenant OPC was organized a new and separate congregation of the Presbytery of Southern California on December 15, 2013, the congregation looked back with thanks and looked forward with hope that God will use them in spreading the gospel across Southern Arizona.

Back in 2008, at a time when there were only two Orthodox Presbyterian pastors serving two churches and two mission works in Arizona, a group of four families in Tucson approached the session of Calvin Presbyterian Church in Phoenix about the possibility of starting a mission work in Tucson.

What began as a daughter church of Calvin soon became a mission work of the Presbytery of Southern California. Rev. David Crum, the presbytery’s Regional Home Missionary, began traveling to Tucson regularly in order to minister to the group. He would stay for 10-day stretches, preaching on two Lord’s Days and working on outreach throughout the week. Two retired PCA pastors regularly filled the pulpit, as did Calvin’s pastor, Michael Babcock.

In October 2009, after a few months of meeting in homes, the group grew large enough that a new meeting space was needed. They began renting the chapel of a Seventh-day Adventist church, which happened to lose its previous tenant the day before David Crum approached them about renting the space.

Christopher Chelpka, an intern at Calvin Presbyterian in Phoenix, was ordained and installed as Covenant’s organizing pastor in March 2011. As Covenant was organized, he was installed as her first pastor. The church’s first deacon and first two elders were also installed.

Pastor Chelpka is thankful for the help of the overseeing session that shepherded the group on their way to becoming a particular congregation. He’s glad to give them a break, now that Covenant’s own “well-qualified and eager” elders are in place. During the next year, they hope to be a “plain Jane OP church” establishing good habits of elder visitation and church life.

Focusing on establishing good habits doesn’t mean Covenant has lost its zeal to reach out to unbelievers, though. In addition to morning and evening worship and Sunday school, efforts are made to minister in the community. Recently the congregation was assisted by young people from throughout the presbytery in placing about 1,800 door hangers around Tucson. These included a welcome letter, tract, and a business card offering a free Bible to anyone who e-mailed to ask for one.

Covenant Reformed Christian Fellowship, the congregation’s ministry to students, faculty and staff at the University of Arizona, has been organized as an official club of the university, providing access to meeting space, club funding and free advertising among other things. The group has studied the Westminster Shorter Catechism and Romans. In the 2013–2014 school year, they will study apologetics.

Their hope for the future goes beyond the current members, even beyond Tucson’s borders. As Covenant is increasingly blessed with more people and resources, the congregation looks forward to the day when the daughter church becomes a mother church. Pastor Chelpka sees Tucson as a good anchor point to plant more churches in Southern Arizona.

Pastor Chelpka offers thanks for the financial support and prayers that have been offered on behalf of Covenant. Notes from people throughout the denomination have been an encouragement to him. The congregation also has enjoyed getting to know people as they visit from around the country. If you would like to learn more about Covenant OPC, check out their website: http://covenantopctucson.org.