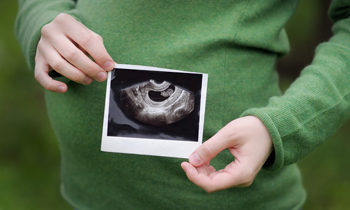 When we talk about the virgin birth of the Lord Jesus Christ, we begin by pointing out that there was nothing supernatural in the emergence of Jesus from the womb of Mary—what we usually refer to as the "birth" of a baby. The whole process of embryonic and fetal development was again normal. We are told that when Mary's "full time" had come, she gave birth. But let us pause for a moment when we say that it was a "normal conception." Consider your conception and mine, and how Christ's was just like ours. Dr. James Le Fanu reports:

The single-celled embryo, at the moment of the fusion of egg and sperm, brings together two sets of genetic information from mother and father—in the form of the DNA code which, when spelt out letter by letter, would fill twenty-four volumes of the Encyclopedia Britannica. These twenty-four volumes are packed into the nucleus of the cell, which is one-5,000th of a millimeter in diameter, which cell has the ability to replicate itself within a few hours and divide billions of times, eventually producing a fully formed human being.

The extraordinary potential of the biological information locked in the nucleus of each and every cell can best be conceived of as the precise mirror image of the infinite size and grandeur of the universe. (Sunday Telegraph, December 19, 1999)

In all of that, then, there was actually no miracle—in the technical sense of the word. Christ's conception was as extraordinarily normal as ours.

Where then does the supernatural lie in the birth of Christ? In three places:

1. It was a Supernatural Begetting

Dr. Lloyd-Jones quotes this little statement: "As the Lord's divine nature had no mother, so his human nature had no human father."

Jesus was not conceived in the womb by the conjunction of male and female, by spermal communication from the man to the woman. He was begotten by the Holy Spirit, and the miraculous consisted in this supernatural begetting. It is the absence of human begetting that made the birth a virgin birth. In this connection it is not proper, strictly speaking, to say that Jesus was conceived by the Holy Spirit.... What is said of Elizabeth in reference to John (Luke 1:24, 26) is here said of Mary. The Holy Spirit begat, Mary conceived (cf. also Luke 2:21). (Collected Writings of John Murray, vol. 2, p. 134)

Now let us hear this observation:

The derivation from the substance of the Virgin means that she as mother contributed to him all that any human mother contributes to her child, sin excepted. Through the umbilical cord, he is this particular man, the son of this particular woman, the bearer of the whole previous genetic history of her people and the recipient of innumerable hereditary features. He was a unique genotype precisely because she contributed at least half his chromosomes (as any human mother would). How the rest was contributed remains a mystery. The one certainty is that Mary could not herself have contributed the sex-determining chromosome, Y, which is always provided by the biological father. This chromosome, at least, must have been provided miraculously; and it remains possible that all the chromosomes normally derived from the male parent were provided in this way, the divine act which fertilized the ovum simultaneously creating twenty-three chromosomes complementary to those derived from the mother. (Donald MacLeod, The Person of Christ, p. 162)

2. It was a Supernatural Person

A virgin birth by itself does not mean an invariable incarnation. If God willed, he could supernaturally beget a thousand babies. What was significant about this conception was that it was the second person of the Godhead who was joined to Mary's ovum. He left his Father's home above, so free, so infinite his grace. The Father and Son came together to the gate of heaven, and off the Son walked across the clouds as his Father lovingly waved him good-bye. His destination was the virgin betrothed to Joseph. What was special about the baby which Mary bore was this:

It was the eternal Son of God in respect of his human nature. He was begotten of the Spirit and conceived by the virgin in human nature. The most stupendous fact of all is that this was the begetting, conception, embryonic development, and birth of a supernatural person. Because of this, there was no point at which the supernatural was not present. The incarnation was supernatural through and through, because at no point was the supernatural identity of the person suspended. (John Murray, Collected Writings, pp. 134-35)

In the words of the hymn:

There was no diminishing of the One who was in the beginning, who was with God and who was God. There was no transmutation and no divestiture. When the apostle John says that they beheld him, it was the glory of the only-begotten of the Father that they beheld. In other words, he says that Jesus of Nazareth was "God only-begotten, who is in the bosom of the Father" (John 1:18). So the Incarnation meant addition, not subtraction. God the Son, remaining the immutable second person of the Godhead, joined to himself the human nature of one particular man, the true biological son of Mary, who married a carpenter and lived in Nazareth, in whose home the God-man, Christ Jesus, grew up. "The incarnation, therefore, means that the Son of God took human nature in its integrity into his person with the result that he is both divine and human, without any impairment of the fulness of either the divine or the human" (John Murray, Collected Writings, p. 136).

3. It Was a Supernatural Preservation

There was a supernatural preservation at the end of Jesus' life, when his body lay in the grave. God would not allow the body of his holy child Jesus to putrefy. Mary and Martha, at the opening of the tomb of their brother after three days, were concerned that his body would be stinking. But there was an intervention of God to preserve the corpse of the Lord Jesus. The tomb was new and clean, with no stench of death. It was a fine mausoleum for the Prince of Life.

Similarly, when he lay in the womb of Mary, our God preserved Jesus from the sin that leads to death. All other men must say, "In sin did my mother conceive me.... I was born in sin and shapen in iniquity," but he could never say those words. At the end of not a single day did he need to confess his sins to God. At his conception, there was somehow a preservation from any taint of sin, from that contamination that would have otherwise proceeded from Mary.

His was a humanness without sin. His was not a humanness without temptation, nor a humanness lived out in a sanitized spiritual environment, but from his conception there was no prenatal sin—whatever that may be. Thus, from his first breath, he had no propensity to sin, no affinity with sin, and no stain of sin ever upon him, though he was bone of our bones and flesh of our flesh. He was the Word of God who had become the Lamb of God, without spot and without blemish. The little Lord Jesus no crying he made—that is, no crying which was characterized by petulance and anger and greed and attention seeking and boredom and pride—as every other baby makes. He was not like any other baby, this virgin-born Messiah.

The author is the pastor of Alfred Place Baptist Church in Aberystwyth, Wales. He provides his own Bible translations. Reprinted from New Horizons, December 2002.