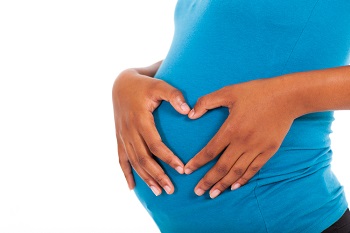 The OPC and Abortion

Abortion has become the most significant moral issue of the last half of the twentieth century in America. Do Orthodox Presbyterians believe that God’s Word has anything to say about abortion?

The General Assembly of the Orthodox Presbyterian Church adopted a statement on children and abortion in 1971. It placed the denomination squarely in the pro-life camp. It reads in part:

Unborn children are living creatures in the image of God, given by God as a blessing to their parents. Between conception and birth they are the objects of God’s particular providence and care as they are being prepared by God for the responsibilities and privileges of postnatal life. Scripture obligates us to treat unborn children as human persons in all decisions and actions involving them. They should not, therefore, be destroyed by voluntary abortion in the absence of valid medical grounds demonstrating the necessity of such abortion to save the mother’s life. . . . Presbyteries, sessions and congregations [are] encouraged by the assembly to carry on further study of these matters, so that Christians may be better instructed concerning the Scriptural principles involved, and so that they might be motivated to take appropriate action relative to pending civil legislation or other pertinent situations in their communities.[1]

A complete copy of the General Assembly’s study on abortion may be obtained through your church’s office [or by clicking here].

How did the OPC come to this position? As in all issues of morality, Christian behavior and action are to be decided not by the constantly changing trends of society, but by the unchanging standard of God’s written Word.

As we search the Scriptures for God’s will concerning abortion, we find that the whole abortion issue can be reduced to one question: Is the fetus in the womb of the mother a human life? If the answer is yes, then abortion for the sake of convenience is murder, and the Christian church has the obligation to teach its members to protect and nourish the life of the unborn child. The sixth commandment gives an absolute prohibition against murder (Exodus 20:13), and so murder is never, under any circumstances, to be regarded as a moral option.

Often supporters of abortion confuse the issue by pointing to the financial and emotional hardships that both mother and child will face if a pregnancy is carried to full term. Certainly, the pressing social hardships surrounding unwanted pregnancies are enormous, but if an unborn child is a human life, some way of treating the problem must be found other than licensing the hospitals and clinics of our nation to perform mass executions of unwanted children.

So is a fetus in the womb of the mother a human life? I believe the Bible answers with a resounding yes! Consider the following evidence:

The Bible treats human life, from conception to death, as a continuing experience. To willfully terminate it for reasons of convenience is murder. Faithfulness to the Word of God demands that this truth be taught in the church of Jesus Christ.