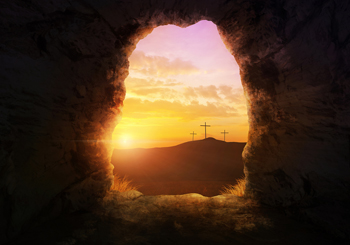 One of the undoubted articles of our historic Christian faith is surely the resurrection of the body. And it is my contention that in selecting this item of biblical teaching rather than the destiny of the soul at death, the ancient creed that we know as "the Apostles' Creed" correctly reflects the emphasis of the Bible.

Paul the apostle, for example, makes it very clear that his central focus for the future is not on what we call the intermediate state-when the soul is absent from the body and present with the Lord-but on the final state, when he will have part in the resurrection! For "indeed," he says, "I also count all things loss ... that I may gain Christ and be found in Him, not having my own righteousness, which is from the law, but that which is through faith in Christ ... that I may know Him and the power of His resurrection ... if, by any means, I may attain to the resurrection from the dead" (Phil. 3:8-11).

I realize that what I have pointed out here is so commonplace that you could well be tempted to say, "So what? Isn't this something we all believe in orthodox Reformed denominations?" And, of course, my answer would be "Yes!" And yet there have been several times lately when I have been both surprised and dismayed because of what seems to me to be a wrong change of focus. I refer to sermons that I have heard at funeral services in churches in which the doctrine of the resurrection of the body is still recognized as essential to the authentic Christian faith.

The amazing thing is that-no doubt quite unintentionally-the whole focus was shifted from the glorious hope of the victory of the Christian over the grave in the final state, to the less glorious reality that the souls of believers are at their death made perfect in holiness and are with Christ. And it is my conviction that this phenomenon-which I believe is far too common-gives undeniable proof of the fact that we of the orthodox faith are more influenced than we like to admit by the spiritual climate of the day.

We all know that modernist ministers have long since ceased to believe in the resurrection of the body. That is why the funerals they conduct are essentially in line with the thinking of the ancient Greeks-that is, that the better part of man (the soul, or mind, or spirit) lives on, as distinct from the body. It is my conviction that this has a lot to do with the increasing popularity of cremation. Bible-believing Christians are confident, of course, that God will also resurrect the physical bodies of those who have been burned to ashes. But they have always been reluctant to dispose of the body in a way that might seem to suggest that it has no glorious future. Usually they have chosen-rightly, it seems to me-burial, after the example of Jesus himself, in the sure and certain hope of sharing bodily resurrection with him.

It is for this reason that I have tried to make it a practice-whenever I have been asked to preach the Word of God at a funeral-to emphasize this glorious doctrine. Here, it seems to me, is the way that we can make it very clear that we are willing to be fools for Christ. There will usually be people at funerals who are very cynical about death, and who consider themselves to be sophisticated enough in their scientific wisdom to know that the great articles of the Christian faith are nothing more than beautiful symbols. Here, then, is our opportunity to give them the kind of shock therapy that they need.

Here is a wonderful opportunity to remind them that the ancient world, too, had its wisdom-its philosophers and cynics-who were absolutely convinced by the science of that day that there is no such thing as a bodily resurrection. As in our day, so in Paul's day, these sophisticated people were willing to hear almost anything else, but not about this kind of nonsense. "When they heard of the resurrection of the dead, some mocked, while others said, 'We will hear you again on this matter' " (Acts 17:32). Yet the inspired apostle never held back, regardless of these reactions. And the reason is that he understood the importance of this glorious teaching.

The reason is quite simple and is clearly stated by the apostle: "For I delivered to you," he says, "first of all that which I also received: that Christ died for our sins according to the Scriptures ... and that He rose again the third day according to the Scriptures" (1 Cor. 15:3-4). In other words, the number one thing that we must preach is the doctrine of the atonement. But then, second only to that, we must preach the doctrine of the resurrection. And it is this doctrine that the apostle goes on to expound at length through the rest of the fifteenth chapter of his letter to the Corinthians.

It is easy to imagine that our knowledge is so far advanced, in this modern age, that we face difficulties that were not faced by the ancients. It is on this basis, as a matter of fact, that even the neo-orthodox theologians such as Barth and Brunner were unwilling and therefore unable to believe in what John Murray called "the drama" of the graveyard. "In the case of Jesus there was the resuscitation of that material body that was laid in the tomb. And without this there was no resurrection.... Jesus had 'flesh' after his resurrection because he rose in the body with which he suffered. And this is just to say that there was the resurrection of his flesh. Jesus' own witness knows nothing less (Luke 24:39). And neither does the witness of the apostles" (Collected Writings, vol. 4, p. 300). Therefore, "since by [a] man came death, by [a] Man also came the resurrection of the dead. For as in Adam all die, even so in Christ all [that is, all who are in Him] shall be made alive" (1 Cor. 15:21-22).

There is, of course, great comfort in the thought that "the souls of believers are at their death made perfect in holiness" and that they "do immediately pass into glory," but let us not forget the equally important truth that "their bodies, being still united to Christ, do rest in their graves, till the resurrection" (Shorter Catechism, Answer 37). And even more important, let us remember this: "At the resurrection, believers, being raised up in glory, shall be openly acknowledged and acquitted in the day of judgment, and made perfectly blessed in the full enjoying of God to all eternity" (Shorter Catechism, Answer 38). According to my reading of the Scriptures, this will be in the new heaven and the new earth, in which we will dwell in our glorified bodies. For, though "it has not yet been revealed what we shall be," we know that "we shall be like Him" when we "see Him as He is" (1 John 3:2).

It is my plea that we cease to preach sermons at funerals that even modernists can take their way. Rather, let us boldly proclaim the message that the wisdom of this world will mock today, just as it always has. True, we may offend unbelievers. But we will also comfort the godly. And who knows, it may also be that God will use the mighty hammer of his Word to break some rocks in pieces.

Mr. Williamson is a semi-retired minister and the editor of Ordained Servant, where this article (slightly edited) first appeared (vol. 5, no. 3). He quotes the NKJV. Reprinted from New Horizons, April 1998.