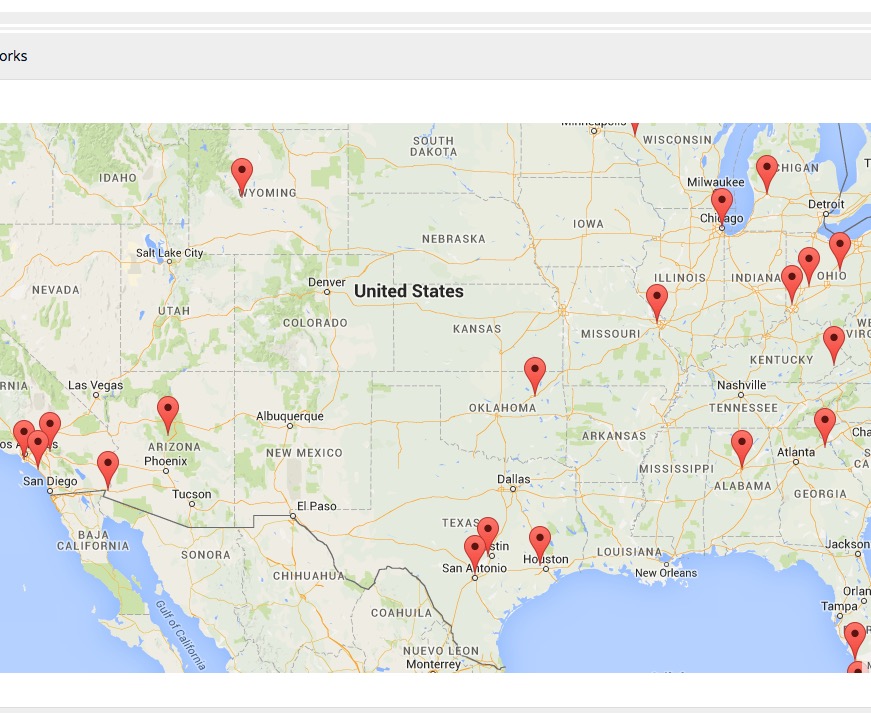 More Pins in the Map

The home missions landscape – or at least the home missions map – is changing. It’s always changing actually; church plants become organized congregations and complete their period of denominational financial assistance. New church plants are added to the map. But for several years the number of new mission works has been low. We recently pulled a couple of pins out of the map, but by God’s grace, we’ve got several new pins ready to stick into the map in the coming months.

Reformation OPC in Queens, NY recently finished their time on the Home Missions map. They are now a particular congregation and no longer receive denominational financial support.

We also recently congratulated Glenn Jerrell on his retirement, brought on earlier than hoped for by health problems. Glenn first interned at the Boardwalk Chapel in 1970. He served churches in Winner, SD, Roswell, NM, and Walkerton, IN, before becoming the regional home missionary for the Presbytery of Michigan and Ontario in 2012. Praise the Lord that new medications have brought significant relief from the sometimes debilitating symptoms of Glenn’s allergy-induced asthma. During his time as RHM, Glenn worked closely with church plants in Grand Rapids and Northwest Indiana. The Northwest Indiana group began holding weekly worship services in a rented space at Indiana Wesleyan University several months ago. Pray that the Lord will bless Glenn and Kathy in retirement, and continue to bless the presbytery’s church planting efforts.

Naples, Tulsa, and Queens likely bring up the thought of Orthodox Presbyterian Church plants in your head, but before you knew them, there were people gathering to plant a new church. New works are taking shape in cities across the country. Pray that the Lord will bless them as they develop into full-fledged mission works, and pray for the Lord to raise up church planters to serve in each of these places.

In Huron, Ohio, a group started meeting for Bible studies and worship several years ago. Larry Oldaker, the regional home missionary, has taught and preached regularly, and the Lord added several new families in 2015. The presbytery will consider a call at their March meeting.

In Coeur D’Alene, Idaho, the state’s second largest metropolitan area, a group of about 60 is gathering for worship. Pray for wisdom as they search for a pastor to shepherd the flock. The presbytery hopes to approve a call at their April meeting.

Regional home missionaries Lacy Andrews and Steve Doe have helped to fill the pulpit at Reformation Presbyterian Church in Virginia Beach. The group of about 40 people has been gathering for worship for more than two years, and hopes to call its first pastor soon. The presbytery hopes to approve a call at their April meeting.

A Bible study with several families in Memorial, TX meets regularly with the hope of growing into a church plant. The presbytery hopes to approve a call by the middle of this year.

A group in Yuma, AZ has been meeting regularly for worship since 2014. Regional home missionary Dave Crum has filled the pulpit regularly since last spring. The presbytery hopes to approve a call later this year.

Several OP ministers have led a five-part study on the OPC membership vows in Waco, Texas, where as many as 45 people have expressed interest in an OP church. The presbytery hopes to begin worship services in the spring and call a church planter later this year.

The Presbytery of Connecticut and Southern New York voted at its most recent meeting to call a regional home missionary. Pray for the work of planting churches in New York City and the areas of New York and Connecticut surrounding it.