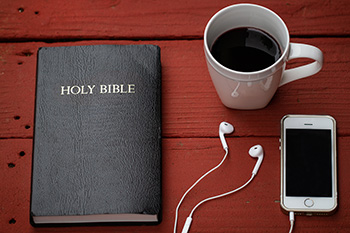 The Church and Her Ordinances

The apostle Paul instructs husbands to love their wives as Christ loves the church:

"Husbands, love your wives, just as Christ also loved the church and gave Himself for her; that He might sanctify her, having cleansed her by the washing of water with the word, that He might present to Himself the church in all her glory, having no spot or wrinkle or any such thing; but that she should be holy and blameless" (Eph. 5:25-27).

"This mystery," Scripture says, "is great" (Eph. 5:32). At the heart of that mystery is Christ's love for his bride. The outcome will be the church perfected in glory.

We embrace this mystery by confessing that the invisible church "is the spouse, the body, the fulness of him that filleth all in all." This church "consists of the whole number of the elect, that have been, are, or shall be gathered into one, under Christ the head thereof" (Confession of Faith, 25.1). Such a confession emphasizes the church's organic union with Christ and with one another in him. While the church has many members, she is one body, one bride.

The church as a visible entity "consists of all those throughout the world that profess the true religion; and of their children: and is the kingdom of the Lord Jesus Christ, the house and family of God, out of which there is no ordinary possibility of salvation" (Confession of Faith, 25.2). While the church is still in the world, she is to conduct herself as one pledged to Christ, taking his name as her own and bearing the marks of his faith, hope, and love.

Christ's life, death, and resurrection have insured our justification, sanctification, and glorification. Usually, Christians have tended to think of these grand doctrinal themes in terms of individual salvation. But chapter 25 of our Confession prods us to think beyond ourselves. Believing as we do that Christ gave himself up for the church, we confess that he died to save the church.

Is it appropriate, then, to consider the church's collective justification, sanctification, and glorification? In other words, should we give greater attention to the church as the collective recipient of the blessings of Christ? The one has given himself for the many, so that the many might be justified, sanctified, and glorified together as one new man in Christ.

In particular, the Bible's image of the church as the New Jerusalem coming down out of heaven as a bride adorned for her husband (Rev. 21:2) prods us to think of our collective glorification. Christ gave himself up so that his body, the church, would be made perfect. John Murray picks up on this theme: "This truth that glorification must wait for the resurrection of the body advises us that glorification is something upon which all the people of God will enter together at the same identical point in time.... One will not have the advantage over another—all together will be glorified with Christ" (Redemption Accomplished and Applied, p. 175). Again, "It is as a body that the whole company of the redeemed will be glorified" (p. 176).

The goal of redemptive history is the glorification of the church. Since we have not yet arrived at the consummate state, the invisible church still remains invisible. Christ gave himself up on the cross so that his church might be redeemed and brought to glory. As the visible church daily faces the cross in a world of sin, by faith she sets her hope on perfect communion with her Savior. What a blessed eschatological hope belongs to the church of Jesus Christ!

With such a hope, section 25.3 of the Confession of Faith takes on extraordinary meaning: "Unto this catholic visible church Christ hath given the ministry, oracles, and ordinances of God, for the gathering and perfecting of the saints, in this life, to the end of the world: and doth, by his own presence and Spirit, according to his promise, make them effectual thereunto." The ordinary means of grace are appointed by Christ and are made effectual by his life, death, resurrection, and ascension, for the gathering and perfecting of his church for glory. Thus, the ministry, oracles, and ordinances of God are Christ's gifts by which he applies to his bride the redemption that he has purchased for her.

If, then, this redemption focuses on the collective church, does it not follow that the means of grace (i.e., the word, the sacraments, and prayer) have a similar collective focus?

The Word, the Sacraments, and Prayer

The Lord has given the ministry and the oracles to the collective church. The Lord has given some as apostles and prophets, through whom the inspired Word was written, and some as evangelists and pastor-teachers to read and preach that Word to the assembled church. In view here are not just individuals, or even families, alone with their Bibles.

The framers of our Confession and Catechisms captured the Bible's emphasis upon the corporate church when they wrote, "The Spirit of God maketh the reading, but especially the preaching, of the Word, an effectual means of convincing and converting sinners, and of building them up in holiness and comfort, through faith, unto salvation" (Shorter Catechism, A. 89, emphasis added).

The sacraments also have a collective emphasis. In sign and seal, the holy ordinances of baptism and the Lord's Supper set before the church the benefits of the new covenant. Baptism signifies and seals our ingrafting into Christ, and is administered upon being received into membership of the church. The Lord's Supper signifies and seals our common union with Christ and his body. This calls for discernment of our relationship to him and to the other members of his body.

Can we see that prayer has a collective emphasis as well? Christ's Father has become "Our Father who art in heaven" (Matt. 6:9). And if we love our Father, we love his children also. Thus, we will pray to him, with and for one another. How beautiful it is, then, when we all pray together with the minister as he leads the congregation in prayer! How mysteriously wonderful is congregational singing, when God's people with collective voice offer prayer and praise to their God! What an awesome privilege is ours to gather for prayer at a midweek prayer meeting!

The Word, the sacraments, and prayer, though disparaged by the world, are the means appointed by the Lord to gather and perfect his church. Thus, visible church membership binds us to make diligent use of these ordinances that have been given such eternal meaning and purpose. They are "the outward and ordinary means whereby Christ communicateth to us the benefits of redemption" (Shorter Catechism, A. 88). They remain the divinely appointed means of grace for us. Will we be content to stress preaching, administering the sacraments, and prayer, while waiting patiently for the Lord to make them "effectual to the elect for salvation" (Shorter Catechism, A. 88)? Or shall we attempt to supplant the "foolishness" of God with the "wisdom" of men?

The approach of the sixty-eighth General Assembly reminds us of yet another means that Christ uses for the well-being of his church. When Christ ascended, he did not leave us destitute. Instead, he provided for those who would shepherd and oversee his flock. As we confess, "For the better government, and further edification of the Church, there ought to be such assemblies as are commonly called synods or councils." Comprised of "the overseers and other rulers of the particular churches," such assemblies as local sessions, presbyteries, and general assemblies are "to convene together ... for the good of the church" (Confession of Faith, 31.1).

To such assemblies has been given the responsibility "ministerially to determine controversies of faith, and cases of conscience; to set down rules and directions for the better ordering of the public worship of God, and government of his church; to receive complaints in cases of maladministration, and authoritatively to determine the same: which decrees and determinations, if consonant to the Word of God, are to be received with reverence and submission; not only for their agreement with the Word, but also for the power whereby they are made, as being an ordinance of God appointed thereunto in his Word" (Confession of Faith, 31.2, emphasis added).

By defining the government of the church as "an ordinance of God," the Confession recognizes that the wielding of the power of the keys of the kingdom is a means of grace. Accompanying the ministry of the Word, then, is the power to retain and remit sins, to shut and open the kingdom, to administer censures, and to absolve from them. While the proper administration of discipline has perhaps not ordinarily been called a means of grace, the Reformed churches have never hesitated to identify it as a necessary mark of a true visible church.

Thus, we should not be timid about seeing faithful church discipline as a means of grace. "Jesus Christ, having ascended into heaven, abides in his church by the Holy Spirit whom he has sent. Through his Spirit he has given his Word revealing his ordinances; through the Spirit also he exerts his saving and governing power in the teaching of his Word and the administration of his ordinances" (Form of Government, I:4). This is why Scripture commands us, "Obey your leaders, and submit to them; for they keep watch over your souls, as those who will give an account. Let them do this with joy and not with grief, for this would be unprofitable for you" (Heb. 13:17).

May our Lord provide faithful husbandmen, who will lovingly administer Christ's ordinances for the sake of his bride. And may the church submit to her Lord in these things, so that in all things he may have the preeminence.

R. Daniel Knox is the pastor of Grace OPC in Sewickley, Pa. He quotes the NASB. Reprinted from New Horizons, May 2001.