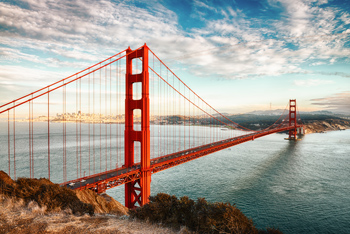 Engineering and the Wisdom of God

In his Lectures on Calvinism (Eerdmans, 1983), given at Princeton University in 1898, Abraham Kuyper spoke of "the art-inspiration of an Eternal Beautiful, which flows from the fountain of the Infinite" (p. 151). And "standing by the ruins of this once so wonderfully beautiful creation, art points out to the Calvinist both the still visible lines of the original plan, and, what is even more, the splendid restoration by which the Supreme Artist and Master-Builder will one day renew and enhance even the beauty of his original creation" (p. 155). He speaks about the fine arts, but his idea includes the practical arts, as witnessed by the title "Master-Builder." As fine art evokes the beauty of God, law the justice of God, and medicine the mercy of God, so engineering evokes the wisdom of God.

Engineering evokes at least two aspects of the wisdom of God. First, the unfolding of God's wisely-made creation inspires wonder. The flight of a jet liner is awe-inspiring, and we are moved to echo the words transmitted by Samuel F.B. Morse in an early demonstration of the telegraph: "What hath God wrought!" Not only the intricacy of the mechanism, nor the unlikelihood of its succeeding in its appointed task, but also its ability to serve the needs of man inspire wonder.

Thus engineering also evokes God's wisdom by providing for the evil day, as the Scripture admonishes: "Go to the ant, you sluggard; consider its ways, and be wise! ... it stores its provisions in summer, and gathers its food at harvest" (Prov. 6:6,8). The Hoover Dam impounds water for irrigation and hydroelectric power production, and holds back large river flows, providing against the evils of drought, burdensome physical labor and catastrophic flooding. The Christian is led to contemplate the wisdom of God in providing Christ for our redemption, and the wisdom that becomes us in fleeing to him before the evil day (Prov. 22:3).

The unfolding of God's wisdom in engineering is not mere theatrical display. It is real blessing for mankind. In the Western world, water filtration and disinfection have reduced significantly the incidence of water-borne diseases such as typhoid, cholera and dysentery. This blessing preceded by a generation the discovery of antibiotics. Good engineering makes real provision against real evils, bringing by God's common grace longer life, ease of toil and pleasurable recreation. As God "causes his sun to rise on the evil and the good, and sends rain on the righteous and the unrighteous" (Matt. 5:45), so the Christian engineer in imitating God imparts a blessing to all who enjoy the fruit of his labor. In loving God through admiring and reflecting his wisdom, he also loves his neighbor.

Dr. Gidley is professor of Civil Engineering and chair of the Department of Engineering and Computer Science at Geneva College, an elder at Grace OPC in Sewickley, Penn., and president of the Committee on Christian Education. Reprinted from New Horizons, February 1990.