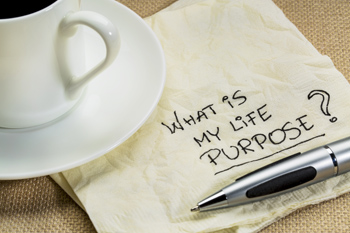 I have had the experience of asking diverse groups of pastors, from a large variety of backgrounds, “What is man’s chief end?” Uniformly and without hesitation, the answer is, “To glorify God and to enjoy him forever.” Usually they do not repeat the introductory words to the answer, “Man’s chief end is …” But they have the answer anyway. And that’s what counts!

There is something significant about that fact. Here are people with Calvinistic and Arminian theologies, as well as nondescript theologies, all uniting in this great affirmation—and, basically, in the words of the Westminster Shorter Catechism. That says something for its powerful influence upon the church of Jesus Christ.

But in many other ways today, the church, while affirming the truth taught in the Catechism, is departing from it in practice. This is a day in which Christians, perhaps more than ever before, rather than merely uttering the right words about man’s chief end, need to understand what those words mean and live them out in everyday actions.

Listen to any discussion about the problems of believers. Read the average book appearing on the shelf of Christian bookstores. You will discover that the focus, far from glorifying God, instead probably contains all sorts of statements about man’s end that flatly contradict the affirmation in the Catechism. They don’t always begin with the statement, “Man’s chief end is …” Nevertheless, these statements assert that man’s purpose in life is “to find happiness,” or “to feel good about himself,” or “to obtain security and significance.” Clearly there is something quite different about those answers. Nowhere does the Bible teach any such thing.

Today we live in a time of unparalleled self-centeredness. This humanistic world philosophy has permeated the church, so that the dominant concern no longer is to glorify God but to become self-actualized. It is, therefore, time to reemphasize the truth taught in Question One: man’s chief end—not his only end, but his chief end—is to glorify God and to enjoy him forever.

Note well, the Catechism’s answer does not say, “Glorify God, and enjoy the world—or yourself—forever.” It does not say that part of man’s purpose is enjoyment. What is says is that man should enjoy God. That means an enjoyment of his being, his works, his Word—the kind of enjoyment found in the words of the psalmists. Man is not capable of finding true, lasting joy in perishable things, or in associations with other sinful creatures. It is only in fellowship with the God who made him that one can experience such joy. And even that, as the Catechism seems to say, is a derivative—a byproduct—of glorifying God.

What does it mean to glorify God? The Old Testament Hebrew word for glory is “weight, heaviness.” The New Testament term is “fame.” Paul, in 2 Corinthians 4:17, brings them both together when he speaks of the heavenly “weight of glory” that awaits those who, like him, glorify God.

When the Old Testament idea of weight is examined in its reference to God, the idea of giving God his proper weight in all things is uppermost. God is to be honored for all his works and for all he is. He is to be acknowledged in all things as the One who sustains the world and all that is in it.

Certainly that note is missing in society—a society in which, instead, people are caught up in their own honor and significance. It is a rare thing to hear anyone on public television, in a newspaper account, or anywhere else give God the glory for his accomplishments. Today, man is willing to take the credit for everything. God, if considered at all, is considered a lightweight. He has been all but driven from public life. And even privately, the average person lives his life from year to year without ever thinking of God. God has become irrelevant.

The New Testament concept of glory as fame accords with the idea of glory as weight. When God is given his rightful place (weight), his fame is spread abroad among men. It is this emphasis that is so greatly needed in our day. And it must begin with the household of God. Many problems now prevalent in the church would evaporate if believers were to take this matter to heart.

Let us heed the answer to the first question of the Catechism, and learn afresh to enjoy God as we glorify him in all that we do. Perhaps then, not only the words, but also the life implied in the answer, will begin to spread to people of all theological persuasions.

Dr. Adams is a retired professor of homiletics, counseling, and pastoral work at Westminster Theological Seminary, the founder of the Christian Counseling and Educational Foundation, and the author of more than one hundred books. He has retired as pastor of Harrison Bridge Road Associate Reformed Presbyterian Church in Simpsonville, S.C. Reprinted from New Horizons, October 1993.