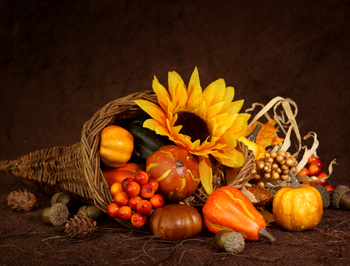 Abundant Thanks for the 2016 Thank Offering

A wonderful opportunity is accorded those of us in the Orthodox Presbyterian Church each year around Thanksgiving. Not only are we able to give our tithes and offerings to the Lord each Sunday, we also are given the occasion each November to support the Lord's work in a special way through the Thank Offering.

A portion of our weekly tithes and offerings are sent by our congregations to our denominational offices to support about seventy-five percent of the OPC's Worldwide Outreach. The remaining twenty-five percent of WWO comes from the Thank Offering. WWO funds the work of the OPC's Committees on Foreign Missions, Home Missions, and Christian Education. The weekly offerings from churches alone are not enough to sustain all of the abundant work God is doing in the OPC.

The Thank Offering each year provides those in the pews the privilege of giving beyond their weekly tithes. OP congregations traditionally have responded generously. The Thank Offering in 2013, 2014, and 2015 exceeded more than $1 million a year when measured for the entire Thank Offering season from October through the following September. May that charity continue!

Last year's Thank Offering season showed that churches gave $1.06 million or more than $57,000 more than requested, said David Haney, director of finance and planned giving. Adding that Thank Offering to our weekly offerings brought total giving for the 2015 WWO to $3.94 million or slightly less than the $4 million budget set by the General Assembly, said Haney.

The 2015 General Assembly set this year's WWO budget at $4.1 million. According to Haney, as of September, contributions by OP churches to the WWO budget have fallen behind $289,692 or more than 12 percent. "This year we are a little further behind than usual," said Haney. "The funding shortfall may be attributed to numerous small churches that are unable to give as they desire because they may be struggling to survive. I anticipate that we won't make the budget without a Thank Offering that exceeds $1.1 million."

A lavish Thank Offering this November would help to stabilize that budget. A balanced budget means that the Committees on Foreign Missions, Home Missions, and Christian Education would be able to pay their missionaries, finance church planters, and support ministerial interns.

Last years' generous Thank Offering allowed the Committee on Foreign Missions to support missionaries in seven nations in 2016, including sending both the Charles Jackson family to Mbale, Uganda, and the David Robbins family to work among the Karimojong in Uganda. Foreign Missions also sent men to teach the Reformed faith to church officers in Austria, Switzerland, and Columbia through the Mobile Theological Mentoring Corps.

Although giving to Foreign Missions is 13 percent below budget, a bountiful Thank Offering would provide the resources to send additional missionaries to locations where they are desperately needed. "Our highest priority is for two new missionaries to work in an Asian nation alongside current missionaries," said Mark Bube, general secretary of the Committee on Foreign Missions. "We're also looking at developing additional opportunities for teaching, particularly among refugees from Eritrea.

"The last couple of years the Committee's resources fell into the red during early Fall," said Bube. "A generous Thank Offering not only pulls us into the black, but would also give us a better financial picture going forward."

Home Missions also is excited about opportunities to plant churches in New York City, the greater Los Angeles area, and within the Houston-Dallas-San Antonio triangle. Placing a pastor and his family in these locations, however, is very expensive. "Imagine moving families into those places," said Shaw. "How are we going to pay for it?"

"We have an opportunity to take the Gospel to big metropolitan areas with dense populations who need to hear the Gospel," said Shaw. "Without a generous Thank Offering we can't afford to send church planters with their families there."

During 2016, the Committee on Christian Education co-funded with churches 19 yearlong ministerial interns and six summer interns. This ministry is crucial as nearly 90 percent of OPC ministers ordained in the last decade first served as OP interns.

In 2017, the CCE plans to resume funding for the Ministerial Training Institute of the OPC and the OPC Timothy Conference after a sabbatical year. They also anticipate co-funding each yearlong intern with $15,000 in support. Beyond maintaining their oversight of the OPC.org webpage and publication of New Horizons, Ordained Servant, and booklets, the CCE furthermore plans to publish the upcoming Trinity Psalter Hymnal. Funding as of September, however, showed that support has dropped more than 19 percent so far this year.

"We are thankful for the giving to the Thank Offering because it makes support of local churches and interns possible," said Danny Olinger, general secretary for the Committee on Christian Education. "With our regular ministries, such as the OPC Timothy Conference and MTIOPC and the anticipated publication of the Trinity Psalter Hymnal, the Committee hopes a healthy Thank Offering will allow them to proceed without depleting its reserves."

We in the OPC have much to be thankful for as we join in the Lord's work around the world. "The challenge for 2017 is to give above and beyond our tithe and to recognize God's blessing and bountiful provisions," said Haney. "As God blesses you, we anticipate the ministry of Worldwide Outreach would similarly be blessed."