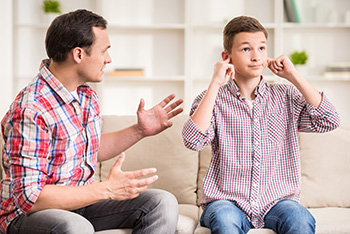 Church Discipline – The Third Mark of a True Church

What is a true church? Catholics and Protestants debated that question during the Reformation. Luther, Calvin, Knox and others viewed the Roman Catholic Church as apostate and no true church. The original wording of the Westminster Confession went so far as to label the Pope as "Antichrist, that man of sin, and son of perdition, that exalteth himself, in the Church, against Christ and all that is called God."

In response, the defenders of Rome challenged the validity of the Protestant churches. Following the Nicene Creed, Rome used the four attributes of the church (one, holy, catholic and apostolic) to supposedly prove that the Protestants had "unchurched" themselves.

While not ignoring the Nicene attributes, the Reformers introduced the idea of the "marks" of the true church. The first and foremost mark is the true proclamation of the word of God. Second is the right administration of the sacraments, and the third was the faithful exercise of church discipline.

Arguably, it is the third mark that has been most thoroughly abandoned by the modern church. Whether you look at mainline or evangelical churches, discipline is rarely mentioned. Anecdotal evidence abounds that the church on earth has shut her eyes to church discipline. Furthermore, discipline seems downright draconian and medieval to many professing believers.

Yet a brief survey of the Scriptures shows that God exercises discipline over the human race generally, and over his covenant people in particular. Often He has done that directly and immediately – without any human agency. Think of Nadab and Abihu in Leviticus 10. But God also employs His servants to carry out discipline – the prophet Nathan's confrontation of King David in 2 Samuel 12, for instance. From the Garden of Eden onward, God's discipline of man is part of the fabric of life here below.

The concept of church discipline is rooted in God's own nature and character. In 1 Corinthians 14, Paul reminds his readers that our God is not a God of confusion, but of peace. His nature and character are orderly. He therefore wishes his image bearers to live orderly lives, and he prescribes laws to ensure orderliness.

When it comes to society as a whole, God appointed the civil magistrate as his minister to punish the evildoer and praise the righteous. Thus, God arms the magistrate with the sword for that very purpose.

In the church there is a different system at work. The power of the church is wholly moral and spiritual – we do not have the authority to coerce compliance through threats of physical force. Church power is also ministerial and declarative – we declare God's word and minister his grace and mercy.

Within the church, there is to be an overarching orderliness. In one sense, everything we do is governed by discipline, broadly speaking. Starting a worship service at the announced time, following the liturgy printed in the bulletin, reading the Bible in an intelligible language – all of this is purposefully orderly.

But there is a narrower type of church discipline which is called "judicial discipline." This becomes necessary when a member commits an offense against the word of God. After a careful series of confrontations as outlined in Matthew 18:15-20, the matter can be brought to trial before the church court that has proper jurisdiction. Now rules of evidence, witnesses, trial procedures and censures come into play.

And if an unrepentant offender is convicted by the church, then he or she is censured. Depending on the nature of the case, that censure may be an admonition, a rebuke, suspension from membership privileges (either for a definite time, or indefinitely), deposition from office (for ordained men) or excommunication.

If that disciplined church member believes he's been wrongly convicted, he has the right of appeal. His appeal will be heard by the Presbytery, and a decision will be reached. If his appeal is not sustained by the Presbytery, he may then appeal to the General Assembly. This is the beauty of the graded courts of Presbyterianism, or "connectionalism" as it is sometimes called.

"But isn't this mean-spirited? Aren't these the antiquated practices of a church that has failed to enter the twenty-first century?" Many think that to be true. Since the Orthodox Presbyterian Church has sought to maintain this third mark of church discipline, we are unfairly characterized as small-minded and mean-spirited.

How do we respond to such accusations? We read these words in Hebrews 12:6-11:

For the Lord disciplines the one he loves, and chastises every son whom he receives." It is for discipline that you have to endure. God is treating you as sons. For what son is there whom his father does not discipline? If you are left without discipline, in which all have participated, then you are illegitimate children and not sons. Besides this, we have had earthly fathers who disciplined us and we respected them. Shall we not much more be subject to the Father of spirits and live? For they disciplined us for a short time as it seemed best to them, but he disciplines us for our good, that we may share his holiness. For the moment all discipline seems painful rather than pleasant, but later it yields the peaceful fruit of righteousness to those who have been trained by it.

Discipline is a prime evidence of God's love for his children. As his true children through the grace of adoption, we are being trained by the discipline he establishes. God does this for our good, so that we may share in his holiness. Though at the moment it seems painful rather than pleasant, it will produce the peaceful fruit of righteousness over time. When we have been trained by it, we will be thankful that our Father loved us enough to discipline us.