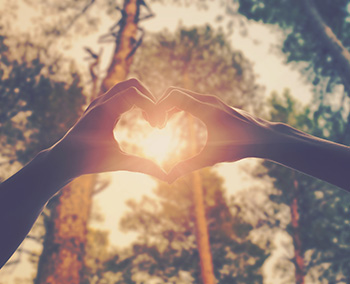 A Person—Not a Cause

Someone once said that inertia is the greatest force in the universe. While we would not wish to subscribe to this overstatement, since it dishonors God and his power, it is nevertheless true that inertia poses a very real danger to the church of Jesus Christ.

Far too many churches (I speak of no particular denominations or congregations) are content with "being there" as its own justification. They believe that they do not need to do anything beyond what is necessary for mere continued existence. This is the road that leads to the error of the church of Ephesus, in its beginning stage (Rev. 2:1-7), and the Laodicean error, in its ultimate expression (Rev. 3:14-22). Therefore, Orthodox Presbyterians may be grateful to God for the wake-up call that the larger evangelical community has received from such things as the "purpose driven" series of books. We can be sincerely grateful that a blow has been struck against the stagnation of the church. Along with our gratitude, however, there ought to be some hesitancy before we "jump on the band wagon."

What follows does not purport to be a review of that series of books or a detailed response to their content. It consists, rather, of some thoughts that arise from the ethos in the evangelical community that has made the "purpose driven" series so popular. In the rush to adopt "mission statements" for ourselves or for our congregations, could we be in danger of behaving as if our commitment as Christians is to a cause rather than to a person? I have myself upon occasion spoken of "the cause of Christ," but there is a danger when the emphasis is placed upon the first noun of the phrase and not the second. Our Lord did not come into the world to found a movement; he came to be the Savior of his people. It is also when the person of Christ is deemphasized that we are in danger of following the Ephesians into the error of forgetting our "first love."

Embracing causes may subtly lead one to embrace the principle that "the end justifies the means." When a cause becomes the central focus of a person or institution, everything else will be measured by the degree to which it promotes that cause. Many mid-nineteenth-century (and professedly Christian) abolitionists found the Bible wanting by this measure, because it did not promote the cause of abolition strongly enough. A movement that began as a sincere attempt to further the will of Christ by ending that form of human suffering known as slavery finally divorced itself from the expressed will of Christ in Scripture, because Scripture was not perceived to advance the cause sufficiently. The pursuit of abolition may have helped to remove a great evil from America, but it also helped to create a climate in this country favorable to a low view of God's Word.

This is in no way meant to imply that the Christian church or individual Christians have no purpose! The Shorter Catechism tells us, "Man's chief end is to glorify God and to enjoy him forever." Our purpose, however, is not found in self-made mission statements. It is found in the Word of the One to whom we are committed. Because our commitment is to his person, we ought to follow carefully the instructions found in his Word. Jesus said, "If you love me, you will keep my commandments" (John 14:15).

The Lord's purposes for his church, however, differ from individual mission statements in that these purposes and commands are addressed to the whole church and to each and every believer as the Christian's gifts and Providence equip him to undertake them. They are not a smorgasbord of "interests" from which Christians and congregations may pick and choose whatever suits their fancy.

Of even more importance is the question of motive. Why does the church take up the mandate that she finds in Scripture? Is it because pursuing these matters is the way of success, as the world views success? No, she gives herself to the purposes that have been laid down in the Word because she is committed to the bridegroom whose bride she is. The church is united to Christ in the bonds of love! She follows where he leads because Christ has won her heart. She is willing to share his reproach because he is her Lord. Such motivation should make us wary of the adoption of the corporate model or the model of any other worldly pursuit.

The church is not involved in the "religious business," and we have no product to sell! The church is not involved in a kind of sacred politics, and we have no constituency to court! The church is the bride of her Redeemer, and her only task is to please the Husband who laid down his life for her. If one should think that this view of the church leads to quietism and irrelevance, let him remember the "excellent wife" of Proverbs 31. Is she the picture of quietism? Is she the picture of irrelevance?

Jesus is himself the model of the contrast we are trying to make. The three years of his earthly ministry were three years of great activity. What was it, however, that motivated that activity? It was his commitment to his Father. His words are permeated with such a commitment. "Father, I thank you that you have heard me. I knew that you always hear me" (John 11:41-42). "I have food to eat that you do not know about.... My food is to do the will of him who sent me and to accomplish his work" (John 4:32, 34). "I glorified you on earth" (John 17:4).

Our Lord was no follower of an impersonal cause or ideal. He was the dutiful Son of his heavenly Father. He is abused when people do not follow his example. Any attempt to deprive his ministry of his personal commitments amounts to an attempt to deprive him of the fullness of his love—his love for the Father and his love for his people. When the church becomes committed to a cause, rather than to the person of her Savior, then the church does not find her center in love for Christ. In that case, Christ becomes merely a fellow laborer in that cause. Joshua queried the Lord, "Are you for us, or for our adversaries?" What was the Lord's reply? "No; but I am the commander of the army of the Lord. Now I have come" (Josh. 5:13-14). Christ will not enlist in any army; he will only command his own.

One can be passionately committed to a cause or a program. In the truest sense, however, one cannot love a cause or a program; one can only love a person. Those who say they love a cause really identify themselves or others with that cause. Their love is still a personal love, and we need to consider another matter. When Christ is identified with any cause, then that cause becomes idolatrous, for the person of the true Christ surpasses the bounds of any cause.

Commitment to a mere cause points us down the road where we are in danger of being like those the Lord condemns, who will ask of him, "Lord, Lord, did we not prophesy in your name, and cast out demons in your name, and do many mighty works in your name?" To that he will reply, "I never knew you; depart from me, you workers of lawlessness" (Matt. 7:22-23). When we are committed to the person of Christ, we will receive his commendation: "Well done, good and faithful servant" (Matt. 25:21).

The author is an OP missionary to Uganda. He quotes the ESV. Reprinted from New Horizons, September 2008.