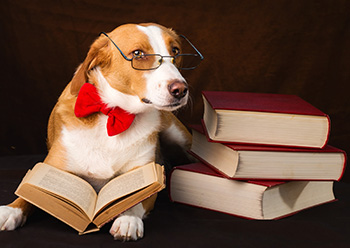 One up-side of the COVID-19 pandemic has been expanded opportunities for Orthodox Presbyterians to enjoy the pleasure of reading. For those interested in church history, here is a selection of recent titles in church history from several publishers that I have discovered to be profitable reads.

Gary Jenkins of Eastern University examines the development of Calvin's thought through a study of the Reformer's clashes with his primary antagonists. His enemies range from the slander of Bolsac, the childish pranks of the Enfants (patriots) of Geneva, and of course, the blatant heresy of his primus adversarius, Michael Servetus. Jenkins does not rush to Calvin’s defense, and Calvin does not always emerge from these confrontations in flattering terms. Readers do not have to agree with all of the author's assessments to reap insights on the development of Calvin's theology and the shaping of his Institutes. Collectively, these engagements represent important turning points in Calvin's intellectual development and spiritual formation.

In this accessible study of the often misunderstood Synod of Dort (1618-1619), W. Robert Godfrey does not defend the international council of Reformed theologians for merely maintaining the spirit of the Reformation. More than that, it "saved" the Reformation by exposing a subtle version of semi-Pelagianism, thus preparing the church for its faithful witness when the Enlightenment emerged by century's end. Godfrey underscores that the Canons of Dort, even in their polemical character, were preeminently a work of pastoral theology – demonstrating how the proper teaching of election comforts the believer and encourages trust in God’s faithfulness – a point often lost even among the Synod's defenders.

As J. C. Ryle (1816-1900) sought to reform the Church of England, many contemporaries viewed his Puritan convictions as old-fashioned and out of step with the popular trends he combated, from Oxford movement ritualism to Keswick higher life teachings. A century later, he is a largely forgotten voice of evangelical Anglicanism. As Bennett Rogers surveys a remarkable 58-ministerial career, he portrays Ryle as a faithful rural pastor, an uncommonly gifted writer and preacher, and, later in life, a progressive administrator as the first bishop of the newly established Anglican diocese of Liverpool.

Kim Riddelbarger. The Lion of Princeton: B. B. Warfield as Apologist & Theologian. Bellingham, WA: Lexham Press, 2015.

Kim Riddelbarger, a pastor in the United Reformed Churches of North America, offers a fine appraisal of the theological legacy of Benjamin Warfield (1851-1921), locating the polemics of Warfield in the context of the tumult and changes in the church and seminary he served in the eve of the fundamentalist-modernist controversy. A concluding chapter engages with the analysis of several of contemporary critics and defenders of Warfield.

This is part of a series of sixteen titles, most of the subjects of which fall broadly within the Reformed tradition (including fine treatments of Luther, Calvin, and Bavinck, by Carl Trueman, Michael Horton, and John Bolt, respectively). Each book follows the format of a biographical chapter that is followed by an assessment of the subject's ministry (sermons and books) with particular focus on particular insights for understanding of the call of the Christian life. Here Michael Reeves captures the "big-heartedness" and "sunny playfulness" of the Prince of Preachers that shaped his joy in the blessedness of life in Christ. Look for the next in the series, John Stott on the Christian Life, to be released in late June.