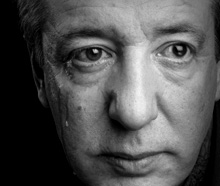 There is a theme in the Bible so pervasive that it virtually defines the Christian life. That theme is suffering. Christians are not exempt from suffering. Pain and sorrow are real. We're not Stoics, Christian Scientists, or Muslim fatalists. Job confessed, "Man who is born of woman is of few days and full of trouble" (Job 14:1 NKJV). Calvin wrote perceptively: "There is no time in which God does not invite us to himself."

On their missions trip, Paul and Barnabas appointed elders in the churches, encouraging and exhorting the disciples to remain true to the faith, telling them, "We must through many tribulations enter the kingdom of God" (Acts 14:22 NKJV). Some encouragement that is! Paul taught the Thessalonians concerning their afflictions, "You yourselves know that we are appointed to this" (1 Thess. 3:3 NKJV).

A Theology of Suffering

Michael Horton writes in The Law of Perfect Freedom: "We are in desperate need ... of a theology of suffering.... There is a deeper, richer theology in the old Negro spirituals than in most of the contemporary 'happy-clappy' jingles of congregations often characterized 'yuppy.' In those Negro spirituals, God-centeredness, the longing for heaven, the emphasis on the great events and truths of redemptive history wed personal struggle with hope in the Lord alone."

Does the prospect of suffering surprise you? Not if you know the Bible. Suffering is at the heart of the Christian experience. Patriarchs, psalmists, prophets, our Lord, his apostles—all followed the path of suffering before entering into glory.

Hebrews 11 is a glorious litany of suffering. The church today doesn't look much like the church of Hebrews 11. She is poorly taught and too comfortable and complacent, embracing a life of security, comfort, and pleasure. A cartoon showed a church convention on suffering for the faith. An Indonesian spoke of churches destroyed and thousands martyred; he later asked an American colleague, "How about the West?" The American thought to himself, "Maybe I should have told him about the AC going out in our church on the hottest day of summer."

Dennis Johnson, in The Message of Acts, offers needed insight on suffering: "Can churches preoccupied with preparing a menu palatable to self-absorbed baby boomers afford to tell seekers the hard truth that Paul and Barnabas laid on young Christians in Asia Minor?" So-called "health and wealth" and "name it and claim it" gospels abound. There's no gospel of suffering in such circles. But saints through the ages knew better: "We must through many tribulations enter the kingdom of God" (Acts 14:22 NKJV). Here Scripture uses a word that means "it is necessary"—tantamount to "what God has ordained." Other passages in which this word is used are:

Suffering is part of the package. The disciple is not above his master. As with our Lord, his disciples must learn that the path to glory is the path of suffering.

Why should the gospel, the only message in the world to offer the hope of eternal life through Jesus Christ, make suffering mandatory for Christians? Its reality seems to blindside us, or, to change the figure, it looks like the fine print of an insurance policy: "Oh, by the way, becoming a Christian means you will be well acquainted with affliction and persecution." Paul forewarned Timothy: "Everyone who wants to live a godly life in Christ Jesus will be persecuted" (2 Tim. 3:12).

But why? Things are as they are because the gospel attacks man's pride, his greed, his lust for influence and power. Sinful man hates to be told that his heart "is deceitful above all things and beyond cure" (Jer. 17:9). Even in the church there are false churches that persecute true churches of Jesus Christ. Faithful preachers and other leaders have been burned at the stake allegedly for Jesus' sake. The world would silence the gospel, but it has not, it cannot, and it will not succeed.

Richard B. Gaffin writes of the givenness of suffering: "Until [Christ's] return, the church remains one step behind its exalted Lord; his exaltation meant its (privileged) humiliation, his return (and not before), its exaltation."

I have often read the closing paragraphs of Romans 8 to hospital patients and shut-ins. Its message is very comforting and triumphant. But those very verses strongly imply the inevitability of suffering. This is not blind fate, but the will of God for his people. Yet "in all these things we are more than conquerors through him who loved us" (vs. 37). Indeed, our very sufferings reflect the triumph of our Lord over Satan! His will for us is a gauntlet thrown down before Satan.

Our Response to Suffering

Christians in the early centuries considered it a high honor to suffer for the sake of Christ's name (Acts 5:41). In his martyrdom, Stephen "detonated an explosion" (as Dennis Johnson puts it) of gospel witness that brought Christ to the ends of the earth.

Polycarp, bishop of Smyrna, was a disciple of the apostle John. He was seized by soldiers and marched into the civic arena, where he was ordered to swear an oath to the genius of Caesar, to revile Christ, and declare, "Away with the atheists!" (referring to the Christians who denied the people's gods). Instead, Polycarp said, "For eighty and six years have I been [Christ's] servant, and he has done me no wrong; how can I blaspheme my King, who has saved me?" Then he swept his arm around the stadium filled with heathen and said, "Away with the atheists!" He was burned at the stake around A.D. 155.

In a relentlessly secular culture, we don't know what hardships we may face. Christians could suffer employment discrimination, to mention a particularly severe form of persecution. Stephen Carter, in The Culture of Disbelief, writes that our culture constantly denigrates biblical values, trivializing conviction and devotion.

But Dennis Johnson encourages us: "To people who are alive to the hope of God's kingdom [heaven], the realistic expectation of suffering in the footsteps of the King is not, in the final analysis, discouraging." To have the kingdom in our vision is to have hope (recall the Negro spirituals of which I spoke). It is those "who have lost sight of hope who will pay any price to shun suffering."

The apostle Paul testified to "the surpassing value of knowing Christ Jesus" his Lord, for whose sake he had suffered the loss of all things (Phil. 3:8 NASB), so that he might know "the power of his resurrection" (vs. 10). Then, in the same breath, Paul writes of "sharing in his sufferings" and "becoming like him in his death" (vs. 10). Don't fail to notice: Paul saw in sharing his Lord's sufferings the true path of displaying Christ's resurrection power. And that power works in us, not in spite of suffering, but through our suffering! Review your own life: haven't you grown best in the knowledge and grace of the Lord Jesus when he has led you into and through suffering?

Yet, according to a George Barna survey, two out of five evangelical Christians "deny the possibility that pain or suffering could be a means of becoming a better, more mature" Christian. I prefer the judgment of Dr. Gaffin: "According to Jesus, the church will not have drained the shared cup of his suffering until he returns."

We may face severe providences—cancer, Alzheimer's disease, or Down's syndrome; earthquakes, plane crashes, or war. Christians are being persecuted today in Indonesia, the Sudan, the Balkans, and China. State-sponsored terrorism has often included Christians among its victims in the Middle East and elsewhere. Through it all, we can say with the apostle, "I consider that the sufferings of this present time are not worthy to be compared with the glory that is to be revealed to us" (Rom. 8:18 NASB). For we know that "we live by faith, not by sight" (2 Cor. 5:7), as "aliens and strangers on earth" (Heb. 11:13). By God's grace, we will continue in the faith, for we are assured: "We must through many tribulations enter the kingdom of God" (Acts 14:22 NKJV).

The author is a retired OP minister. He quotes the NIV unless otherwise indicated. Reprinted from New Horizons, February 2002.