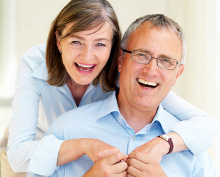 "Love and marriage/Love and marriage/Go together like a horse and carriage." Today, folks are not as sure of this as they used to be. Now the value of marriage, and even the gender of the partners involved in it, are being seriously questioned.

It might be well to take a brief look at what the Bible says: "He who finds a wife finds what is good and receives favor from the Lord" (Prov. 18:22). So, marriage is between a man and a woman, and it is good. It answered a need of Adam even before the Fall: "The Lord God said, 'It is not good for the man to be alone. I will make a helper suitable for him'" (Gen. 2:18). Apparently, God's purpose for the man could not be realized until the woman was on the scene! Only then (Gen. 1:27) did God pronounce his creation of mankind "very good" (vs. 31). Thus, celibacy is the exception which proves the rule.

Marriage is God's great idea. It is no wonder that in Proverbs 2:17 the adulteress is described as having "ignored the covenant of her God" (NIV, footnote). Marriage partners make their vows to each other, but God makes marriage itself.

Back to the Genesis account: the search for a "suitable helper" for Adam from among the animals resulted in failure (2:20). No companion could be found with whom Adam could fulfill the cultural mandate (1:28). Adam needed one who corresponded to him, one who was his counterpart, one who was like him, but not exactly like him!

The perfect match occurred when God created Eve: "Then the Lord God made a woman from the rib he had taken out of the man, and he brought her to the man" (2:22). Truly, this was an arranged marriage—Adam and Eve didn't have to date lots of people to find their spouse! It wasn't so much "falling in love" as finding one to love.

It's enough to make a man sing—and that's exactly what Adam did! Genesis 2:23 is a poem, something that every Hebrew reader would discern immediately from its form:

This is now bone of my bones
and flesh of my flesh;
she shall be called 'woman,'
for she was taken out of man.

These are the first recorded human words in the Bible—not a theological discourse, but a jubilant welcome—yes, a love song! Adam is totally overwhelmed by what God has done, and he sings (literally), "This one ... this one ... this one ...." If Adam had spoken French, he would have cried, Enfin!—or, in English, At last!

You have to understand that Adam had just been observing mosquitoes and elephants! No wonder he sang when he laid eyes on the creature God brought to him—this one!

In his song, he compares himself to her: they were so much alike and yet so different. So alike: "bone of my bones and flesh of my flesh." They were the same kind of creature. Adam could really get somewhere with this one because they were basically the same. Yet, so different: "she shall be called 'woman,' for she was taken out of man." They neither looked the same nor acted in exactly the same manner, and each was attracted to the other by the mystique of that created difference.

Husbands, if your wife isn't enough to make you sing, there's something lacking in you!

The value of marriage could not be more forcefully underlined than it is in verse 24: "For this reason a man will leave his father and mother and be united to his wife, and they will become one flesh." Marriage is the primary relationship of human life on earth—husband/wife, not parent/child! Mankind is really a unit, and God ties the marriage bond into that reality. Thus, the male and the female constitute, in marriage, one flesh.

Then, in verse 25 we come to the intimacy: "The man and his wife were both naked, and they felt no shame." Theirs was not the companionship merely of partners, nor of any partners, but of sexual partners. Open to the man and to the woman in this, their wedding portrait, were their physical differences—gifts to each other! Here the sanctity of sex is preserved. The notion that engaging in sexual relations was the first sin is incredible, demonic, and detestable. Read the Song of Solomon if you doubt that! The answer to illicit sex is not shouting louder that sex is sin, but shouting louder that it is a beautiful invention of the God of creation! It is natural and ordained by God.

Jesus died for our sins. He died also for our marital offenses and failures—where more do we need a Savior? By God's grace, make your marriage a love song!

Mr. Tyson is a retired minister in the OPC. Reprinted from New Horizons, October 1998.