The Sabbath and Christian Living 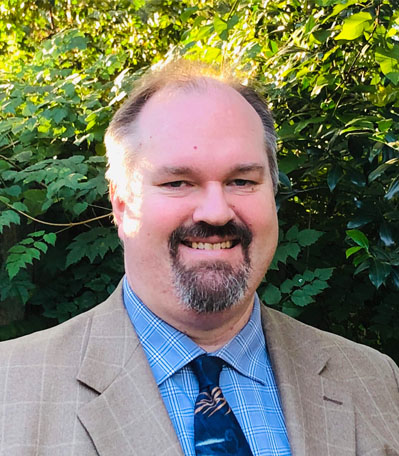 This is a story of a mother-daughter church-planting work. This is a story of God’s grace in the Texas Hill Country. As God goes about his kingdom-expansion work, he does so wonderfully by working in the hearts and lives of his people. He strengthens, equips, motivates, and mobilizes us to proclaim the glorious gospel of Jesus Christ and bring in the harvest.

Praying for a Daughter

God worked in the hearts of two families in this way, giving them a desire to plant an OP church. The Davis and Lovelady families had been members of South Austin Presbyterian Church (SAPC) in Austin, Texas, since 2015. As the commute was over an hour’s drive, they both desired to have an OP church closer to their community in New Braunfels, Texas.

The session of SAPC was already considering planting a church. “Because SAPC was itself a daughter mission work of Providence Presbyterian in Pflugerville, Texas, we were already convinced of the strategic role of mother-daughter church planting,” Jim Cassidy, pastor of SAPC, reflected.

“It was our desire, from the beginning of our work in 2014, to give birth to a daughter church of our own. So we began to pray. Not too long after that, the Lord brought us the Davis and Lovelady families. We brought them into our church family and nurtured them as we would any of our sheep. Our commitment to them, and their commitment to drive up to Austin for worship and fellowship every Lord’s Day, established a tight bond and connection. That is why ‘giving birth’ to New Braunfels OPC seemed to us so organic and natural,” Cassidy explained.

The families approached their session, expressing their desire to begin a work in New Braunfels. In God’s timing, after much prayer and consideration by all involved, the session approved their request and actively began church-planting efforts.

The Humble Beginning of God’s Work

In March 2016, Phil Lovelady started a Bible study in his home. Later, he and Jon Davis led a weekly men’s Bible study at a New Braunfels coffeehouse. There was a steady group of men, but while they all enjoyed learning together, these men did not have an interest in joining a new work. The Davis and Lovelady families then worked with the session and Mark Sumpter, the regional home missionary for the Presbytery of the Southwest, to set up an information meeting in town to see who would be interested in joining the work. They invited folks, and, as the day of the information meeting arrived, they were hopeful.

How many people showed up to the meeting? One. Just one. And that person was a friend of both families.

This could have easily deflated their church-planting balloon! However, God had other plans. There was kingdom work to be done, and there was a harvest to be gathered in New Braunfels, which the Lord would soon make evident.

The Lovelady and Davis families persevered and led a few more Bible studies that started to gain momentum. The Hoekstra family soon joined them in the effort. Others gradually joined as well. In 2018, this growing group began renting a hotel meeting room. Once the group had over twenty people who showed interest in planting a church, the session approved them to start meeting on Sundays for worship. Their first Sunday afternoon service was on March 25, 2018, at the building of another local church. This was a wonderful day in the life of the congregation and the start of a new chapter in the development of the work.

God blessed the group with consistent pulpit supply by Jim Cassidy and by ministers in the presbytery, as well as some from other NAPARC denominations.

I also had the pleasure of being in the pulpit supply rotation. In our first encounters with the congregation, my family and I were truly blessed. The people were warm and friendly. We had great connection and fellowship with them. By God’s grace, the group continued to be edified and to grow in peace and unity.

During these months, the officers and members of SAPC frequently prayed for the new little work, attended worship, and supported the daughter work in its service. The deacons helped set up the group’s bank account and finances. Officers would bring their families down and attend worship monthly. SAPC members would attend as well, especially for baptisms. Their participation and love were a great encouragement to the folks in New Braunfels!

In January 2019, God brought about the next momentous marker: the group petitioned and was approved by the Presbytery of the Southwest as a mission work. This was a strengthening step. Not only was the mother congregation working with them to plant a church, but the saints in New Braunfels now had the support and prayers of the regional church as well. They also had the formal recognition of being a mission work of the OPC.

“The development of a vibrant church body from a tiny and seemingly insignificant beginning is testimony to the enormous work of the risen Christ, who lives and reigns over all he has made,” SAPC elder John Terpstra shared. “Men must never take credit for the work that only the Lord can do. To him be all glory.”

Mark Sumpter held a brainstorming, goal-setting session with the group to plan next steps. One of the goals was to grow toward enough financial stability to be able to call an organizing pastor. In fall 2019, I was called as the evangelist to serve New Braunfels OPC and hit the ground running on October 1.

The Committee on Home Missions and Church Extension (CHMCE) approved the four-year funding package, which began on my start date. However, New Braunfels OPC was also recipient of another tremendous blessing: funding from the Neilands Fund. This gave the work another “runway” to take off from. The extra financial support from the fund boosted congregational confidence, reduced stress, and provided more resources toward developing this daughter work.

A few weeks later, on October 18, 2019, I was installed. This was such an exciting time for the congregation and for me and my family. Folks were still talking weeks later about how much they liked the installation service and how meaningful the charges to me and to the congregation were.

What God Is Doing Now

It’s hard to believe that it has been one and a half years of ministry already. Time has flown! There are so many good things to share about what God has done and is doing in our midst.

We’ve added twenty-one new members and have more interested in going through the membership process. In June 2020, God brought about the right timing to start officer training. This training will continue through June of this year. We currently have three men pursuing the office of elder. God blessed the congregation to be able to lease its own building in November 2020. This has been wonderful! Now we can hold morning and evening worship, expand our Christian education programs, and watch other ministry opportunities bud and blossom.

Although COVID has changed how we do outreach, our outreach efforts continue and have borne fruit. One of our members, a man gifted in evangelism, was approached by a stranger during a Saturday night get-together. “I think I need to go to church,” this stranger said. The next day, he came to church, thanked me afterward for my sermon, and went home. On Monday, the man received tragic news. Later, when we met to talk and pray, I said to him, and he agreed, that the weekend’s timing could not have been a coincidence. God was at work.

“The church has seen rapid growth, mostly via professions and reaffirmations, and has a true evangelistic zeal to reach the lost,” SAPC elder Francesco Spadini commented. “What a joy it has been to see new faces with each visit to New Braunfels—to see new visitors, regular attenders, and members; and to see new Christians rejoice at the peace with God that is theirs through being united to Christ!”

When I sat down with one young girl and her dad to talk about their upcoming baptisms, the daughter was so excited. Her eyes got big and her jaw dropped as I explained what baptism means and what it would look like. Later, we overheard her telling her friends that she was going to be baptized. It just warmed my heart.

“New Braunfels OPC has a wonderful collage of people that our Lord is gathering and bringing into his fold. The Word is being faithfully proclaimed to those from all walks of life and to both new and experienced believers, that all might be presented as mature in Christ,” SAPC elder Paul van Oudenaren said.

This collage has been a true blessing. We have folks who have been in Reformed churches for years, and those who had never previously set foot in a Reformed church. We have salesmen, nurses, engineers, active and retired members of the armed forces, artists, college students, a seminary student, teachers, construction workers, farmers, and ranch workers. God has brought them all together to worship and serve him in this body.

From a congregation with a vision for a daughter work, to two families with a desire for a church, to a vibrant congregation of more than twenty-five families serving the Lord together, look at the harvest and rejoice! See what God has done, and give him all the praise and glory for building his church in the Texas Hill Country—and in OP church plants around the nation.

The author is a church planter in New Braunfels, Texas. New Horizons, May 2021.

The Sabbath and Christian Living