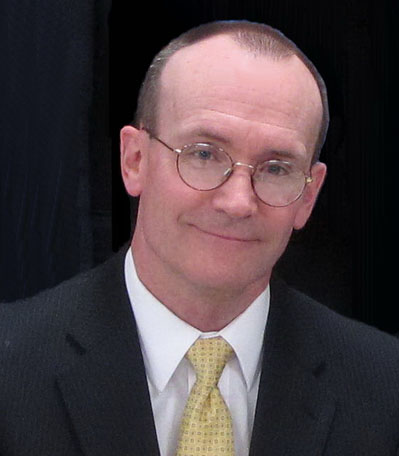 It was several years ago now that the Lord graciously brought to me a season of refreshment in my prayer life. In his kind providence, he brought to me this particular prompting, or “wake-up call,” as I was reading excerpts from a spiritual classic: Adolphe Monod’s Les Adieux (Farewells).

Adolphe Monod was a French Reformed pastor and one of the greatest French preachers of the nineteenth century. Struck with cancer at age fifty-three, he went to be with the Lord about a year later. While in declining health, surrounded by family and friends, Monod presented from his sickbed a meditation on each of the last twenty-five days of our Lord’s life. His family carefully kept record of these devotional talks. Monod’s dying testimony is most inspiring and instructive.

One of Monod’s regrets was that he had not prayed as he should. He put it this way:

My dear friends in Christ, among the subjects about which a Christian who believes himself to be near his end carries regrets, there is certainly none he would want so much to reform, if he returned to life, as prayer. (Living in the Hope of Glory, P&R, trans. and ed. by Constance Walker, 152–153)

Ah, if I were restored to life, I would like, with God’s help and in spite of myself, to give prayer much more time than I have done and to lean on prayer much more than on work. It is our duty never to neglect work, but work has no strength except when supported and animated by prayer. (159)

Monod’s comments strike at the heart of what we as Christians already know concerning prayer, but what we sadly fail to act upon. We are just not sufficiently convinced that our work truly has no strength except when supported and animated by prayer.

Monod mentions the well-known example of Martin Luther. It is said that Luther, during the period that he was appearing before the Diet of Worms, spent three hours each day crying aloud to God.

Luther’s friend Dietrich overheard Luther and took it upon himself to assemble those prayers for the good of the church. Dietrich observed that there was not a single day in which Luther did not reserve at least three hours for prayer, those hours taken from the time during the day that was most conducive to work. Luther clearly believed that his work had no strength except when supported and animated by prayer!

How was it that Martin Luther accomplished what he did for the kingdom of God? By faith in the Word of God, and by prayer!

All of us must ask ourselves this question: “What is it that will most impact my life and the life of those around me?” Or to put it another way: “How do I think my life will bear the greatest fruit for the kingdom of God?” Listen again to Monod:

Prayer is the distinctive mark of the Lord’s powerful servants. All of them, in spite of considerable differences, offer to us this common trait: They are men who pray much and who pray fervently. (156; emphasis added)

As good Reformed folks, we are commonly quick to glory in the fact that we know much and care very much about doctrine—about the Word of God and the sacraments—as well we ought. But in our weakness of faith, we far too often neglect what our catechisms identify as the third of the primary means of grace: prayer!

So, here is Westminster Shorter Catechism Question 88: “What are the outward and ordinary means whereby Christ communicates to us the benefits of redemption?”

And the answer: “The outward and ordinary means whereby Christ communicates to us the benefits of redemption are his ordinances, especially the Word, sacraments, and prayer; all of which are made effectual to the elect for salvation” (emphasis added; see also Larger Catechism Q. 153 and 154).

We are given to understand that these three primary means of grace go together! We cannot abstract one from the others, nor can we neglect any one of them and end up with anything resembling true spirituality. If we neglect prayer, we will not really know much about the Word of God or the sacraments—at least not much that will bear true and abiding fruit in our lives or in the lives of those to whom we minister. As preachers, our sermons will be barren and lacking in power. In conversation, we will fumble about with platitudes. In other words, without prayer, neither Word nor sacrament will bear abiding fruit in our lives. Indeed, if we neglect any of the three primary means of grace, we end up with something not Reformed, but deformed.

Sadly, we as Christians—even good, Reformed Christians—frequently prove ourselves to be a species of unbelieving pragmatist when it comes to things spiritual, and particularly when it comes to prayer. All of us very naturally gravitate to what we really believe “works.” Thus we show our pragmatism: What works is what is true, and what is true is that which works! So we think: What really works, what is really effective, is, well … our work! We just don’t believe that prayer is that important. And so we work when we should pray, and our work is then ineffective, fruitless, and unsatisfying. I dread the words that many of us may say at the end of our lives, “I was so very busy, but I accomplished so very little!”

Consider then the strategic significance of prayer, positively. If, by God’s grace, we give ourselves afresh to prayer, we will bear much fruit in our lives individually, in our marriages, in our families, in the congregations in which we serve, in our presbyteries, and in the denomination that we love. Think of how the churches of our denomination would thrive if we all took up prayer in a new way!

What do you think will most impact your life and the lives of those around you?

Central to Our Communion with Christ

If you abide in me, and my words abide in you, ask whatever you wish, and it will be done for you. By this my Father is glorified, that you bear much fruit and so prove to be my disciples.

When I am not abiding in Christ—not communing with him through his Word—I have little taste for prayer; neither do I really understand prayer, its beauty and privilege. Does that sound familiar? Do you have no taste for prayer? You too, then, haven’t been communing with your Lord. You’ve drifted again into self-dependence, into the old fleshly way of living and thinking. Spiritual realities have become lifeless to you—hollow, merely theoretical. In your Christian service, you are leaning on your work rather than on your Savior through prayer.

Conversely, if I am abiding in Christ, I have great liberty to ask for much, and I have a deep and happy assurance that I will bear much fruit. Our Lord could not be more explicit. He clearly intends that through prayer we should bear much fruit. We can as much say that all fruitfulness comes in answer to prayer.

A Window into the Kingdom

It is in and through prayer that an exciting world is opened to us, a “window” into the kingdom and into what God is doing. Every conversation, every interaction, and every activity is then illumined with the light of our Savior’s presence. Out of our communion with him—yes, as we simply ask!—it is his design that we should see a continual bearing of fruit though the whole of our Christian life—that we should see continual answers to prayer, countless answers to prayer, answers to prayer every day of our lives! At least, that is what our Savior intends, we can be sure. Again, he could not have been more explicit: “Ask whatever you wish, and it will be done for you. By this my Father is glorified, that you bear much fruit.” We are frequently guilty of shrinking our Savior’s great promise with various well-intended and biblical qualifications. Too often, this simply serves to mask our prayerlessness. As Monod expresses it,

Only prayer can put us in contact with the invisible world through the Word of God. That world is closer to some and further from others than they either think or desire. (160)

As has been well said, “Little prayer, little fruit; much prayer, much fruit.”

All together, with one spirit and one heart, humbled by the slackness of our prayers, let us form the holy resolve finally to know through experience the true promises of prayer so that we might harvest from it the blessed heritage of the invisible world. (160)

He, being dead, still speaks.

The author is regional home missionary of the Presbytery of the Midwest. New Horizons, June 2021.