At Last, a Visit to South Sudan

A Mission Letter from Karamoja 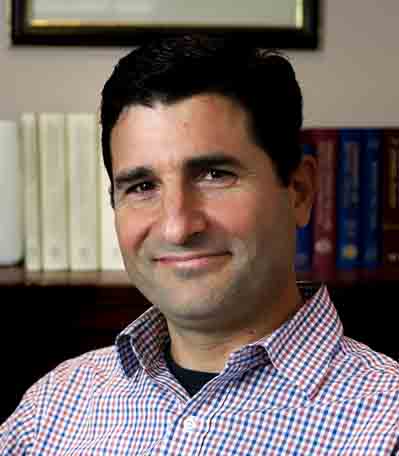 This spring, after some years of waiting, the OPC was able to visit members of a sister denomination in South Sudan: the Sudanese Reformed Church. Their country has been riddled with violence. In 2011, following years of conflict with the northern part of Sudan, whose people are mainly Sudanese Arab and predominantly Muslim, the African and predominantly Christian people of the southern part of Sudan voted overwhelmingly in support of independence, officially becoming the Republic of South Sudan.

But less than three years later, South Sudan entered its own civil war, this time mostly along tribal lines—the Dinka versus the Nuer. Because the president and the government were mostly Dinka, the Nuer were under threat of massacre. Millions sought asylum in the neighboring countries of Uganda, Ethiopia, and Sudan, while many others hid under the shelter of United Nations peacekeepers who placed these Internally Displaced People (IDPs) into camps sprinkled throughout South Sudan.

Among those taking shelter in the IDP camps were members of the Sudanese Reformed Church (SRC).

The SRC, which started in Khartoum in 1992, is a Reformed denomination that, in 2013, was welcomed into the International Conference of Reformed Churches (ICRC), of which the OPC is also a member. The SRC holds to the Reformed doctrinal statements known as the Three Forms of Unity.

In 2014, the Sudanese Reformed Church submitted a request to the ICRC’s diaconal committee that ICRC member churches be encouraged to contribute to their ministry of mercy in the IDP camps. Many SRC members are displaced: as of 2017, the denomination had six thousand members with only sixteen congregations but eighteen groups within IDP camps.

The Challenges of Providing Diaconal Assistance

When the request came in 2014, the SRC was not well known to our denomination. It had been a member of ICRC for only a little over a year. Providing diaconal assistance to those of whom we know very little, particularly where the language, culture, and customs are so different from ours, is quite challenging. There are huge knowledge gaps. Large sums of money going to places where money is scarce has the potential to do damage, even in the best of circumstances—it is well-documented that foreign assistance to Africa has done a great deal of harm. We are always asking the question: How do we help without hurting?

To make it more difficult, the SRC’s 2014 request came to a newly minted diaconal committee that was just trying to figure out which way was up. The ICRC had established and elected it only one year earlier, in 2013. This committee of five (of which I am one) represented four different continents and had almost no connection prior to serving together.

We on the OPC’s Committee on Diaconal Ministries (CDM) always seek to minister mercy where there is also the opportunity to pair the ministry of mercy with the ministry of the Word. Many of the places in the world where diaconal assistance is sent are places where the OPC has a relationship via its Committee on Foreign Missions or its Committee on Ecumenicity and Church Relations. Neither of these were established with the SRC when their request came in 2014.

When evaluating requests, we also endeavor to gauge the ability of the requesting organization to properly oversee the administration of the diaconal ministry. Will the requestor actually be able to carry out the ministry that it is proposing? Will it succeed in purchasing and distributing the food or supplies that it intends to purchase?

We knew an in-person visit would help to answer these important questions. But in 2014, a visit to South Sudan seemed neither practical nor possible.

While it can be heartbreaking to come to such a conclusion, saying no to a request requires that we trust the Lord to provide for his children by another means he has determined. We also trusted that, if it was his will, the Lord would provide an opportunity to come alongside these brothers and sisters.

After 2014, our relationship with the SRC began to grow. The Reverend Patrick Jok attended the General Conference of the ICRC in Ontario, Canada, in 2017, and then he attended a missions meeting of the ICRC in Willow Grove, Pennsylvania, in 2018. Since those meetings, when he got to know the OPC better, and we grew in our appreciation for him, it has been my prayer that I might be able to visit South Sudan on behalf of the CDM.

In God’s providence, I was finally able to make that visit in March 2021!

A Visit to South Sudan

South Sudan is located just north of Uganda. It’s a rugged country with very little infrastructure outside its major cities. The only paved highway in South Sudan runs from its capital city of Juba, over Juba’s only bridge across the White Nile (which splits the city), and south to the Ugandan border. It then continues through Uganda and Kenya to the seaport city of Mombasa, Kenya, on the Indian Ocean. This is the land route by which most supplies are trucked into Juba.

It just so happens that Mbale, Uganda, is along this road. On the edge of Mbale lies the Knox School of Theology, established by the OP Uganda Mission as a place to train up indigenous ministers. Charles Jackson, OP missionary evangelist to Uganda and headmaster at Knox, wants to see the school used by other Reformed churches in the neighboring countries in East Africa. Jackson recently hired one of his top students, a South Sudanese man named Okuch Ojullo, to serve as a teacher at Knox. Together, they devised a plan to visit South Sudan to explore the possibility of South Sudanese candidates for ministry traveling the Juba-Mombasa highway to come study at Knox.

Knowing of the longtime interest of the CDM to visit South Sudan firsthand and assess the needs of its internally displaced people, Jackson invited me to join their team. In God’s providence, the timing worked out perfectly. OP missionary James Folkerts, who has previous experience ministering to both the Dinka and Nuer ethnic groups, also joined.

Currently, South Sudan is considered a dangerous place by the US State Department, and Americans are discouraged from traveling there due to “crime, kidnapping, and armed conflict.” We learned that most of the danger is during nighttime hours. So, like the locals, we were careful not to travel after 5 p.m. We were encouraged to remain behind the safety of the gate and walls of the camp in which we stayed, on the bank of the White Nile River. During our visit, we never felt threatened in any way when out and about in Juba during daytime hours.

To reach Bethel Sudanese Reformed Church, which Patrick Jok serves as pastor, we headed to the outskirts of town and down a dusty dirt road. From the outside, there is not much to see beyond a cheap, simply constructed building of wooden poles and tin sheets. But inside, the worship is vibrant, and love exudes from God’s people. Anticipating our arrival, the ladies of the church put together a feast fit for a wedding. They presented us with an incredible spread and treated us as honored guests. They even gave each of us a gift, a handcrafted necklace with a cross attached.

We were encouraged to learn that, despite the strong ethnic division in the country, Bethel SRC has twenty-one different tribes represented in its small congregation. What a beautiful picture of the type of reconciliation the gospel can bring!

We were also blessed to visit one of the two IDP camps located on the outskirts of Juba. At its entrance, we were warmly welcomed by believers of the Nuer tribe (easily identified by the tribal scarring on their foreheads) with whom we sang, prayed, and fellowshiped in their tarp-covered, makeshift church building.

We then snaked through the helter-skelter array of temporary structures to the place one church member has called home for the last eight years. The trails between the tents are so tight that one has to step aside to let another pass. It felt like we were rats in a maze. Having seen the dirty latrines located on the uphill side of the camp and observed the overflow “riverbed” that ran through the middle of the camp, we were particularly disturbed to find ourselves stepping down into the homes of each member, trying not to picture what this scene must look like when the rainy season comes. It is no wonder that these camps, hastily assembled, are ripe for sickness and disease.

And yet, the church members were eager to bring us into their homes and to show us, among their few possessions, their children’s school books that they have used to keep their education going during this period of waiting. (Forty-six percent of South Sudan’s population is under fourteen years old, but schools are scarce.)

When we entered the home of one member of the church, he said to us through a translator: “Welcome, this is your house. Today you are now family. What you do is more than [give] money, because if you see someone, it is better. See the children? They want to see you. ‘Where do these men come from?’ they ask. We tell them, ‘They come from Jesus Christ.’”

This man then told us that, thanks to the generous contributions of a sponsor, his son is currently studying at Mukhanyo Theological College in South Africa and that they look forward to when he might return and serve the church in South Sudan. This was one means of hope for the future, as they and most of their tribe wait for peace.

Another man, an elder in the congregation, shared this with us: “We have been displaced from our original homes. Life is very hard here, but the good thing is that Jesus Christ is with us. All the things of this earth will finish, but Christ will never finish. We have been living here for the last eight years. When it rains, we have hard times. These plastic sheets leak. We have water from above and also from the flooding of the area. But we are thankful for God. It is not my problem alone. Everyone in this camp is affected, especially when there is rain. Please, what we want to request from you is prayer that we have peace in South Sudan.”

Prayer for Our Brothers and Sisters in South Sudan

Will you join me in committing to pray for peace in South Sudan, for the sake of our brothers and sisters there?

And, I am happy to report that, having visited and gained confidence in the ministry carried out on the ground, the CDM, with the concurrence of the Committee on Foreign Missions, has made an initial gift from its Refugee Relief Fund to the Sudanese Reformed Church for the benefit of those suffering in the IDP camps in South Sudan. We pray for increased fellowship and ministry between the OPC and SRC in the years ahead.

The author is administrator for the Committee on Diaconal Ministries. New Horizons, July 2021.

A Mission Letter from Karamoja