Report on the 87th General Assembly

by Chad B. Van Dixhoorn 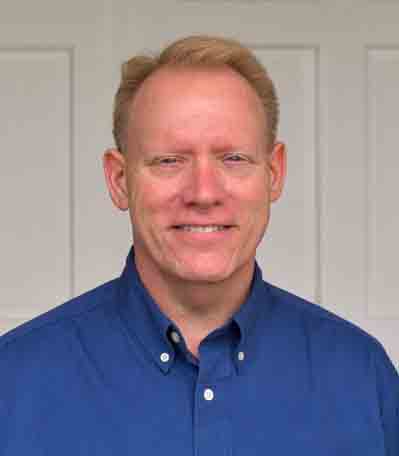 Is there any “givenness” to one’s identity? Or is it malleable, not subject to physical, genetic, or biological realities? Must we be defined by others, or an Other? Or can we choose our own identity, defining ourselves according to our feelings and desires?

In 2015, the national news media drew our attention to a controversy surrounding Rachel Dolezal. Dolezal had defined herself as, and was living as, someone who was black. A graduate of Howard University, she was professor of African studies at Eastern Washington University and president of the Spokane, Washington, chapter of the NAACP. But she had in fact been born to white parents. When that became public, much of the condemnation of Dolezal stemmed from her dishonesty—her deception had been the basis for the positions she held. But there was also outrage that someone who was white had self-identified as a black woman. Some secular media outlets truly wrestled with the tension of affirming her freedom to choose while also condemning her for this particular choice.

Dolezal’s case, I believe, raises important questions about self-identification. It seems absurd and insulting for a white woman to identify as a black woman. But is not choosing one’s own sexual identity problematic in the same way? May one define, without reference to biological realities, with whom one is sexually compatible? And at what age? Must one reach sexual maturity to make that decision, or can a biological male decide to be a girl at eight years of age?

It is unclear, from a non-Christian perspective, who has the authority to answer such questions. When a prepubescent child identifies as other than his or her biological gender, we are told that the individual must answer that question. But in the context of the Dolezal controversy, we were told that it is not the individual who makes the choice.

Lewis and the “Givenness” of Things

In 1944, C. S. Lewis wrote a short book entitled The Abolition of Man. In it, he speaks about humanity’s conquest of nature and the benefits that have arisen from it. He notes that in many areas of our lives, we have not made ourselves beholden to the “givenness” of things. We have made remarkably successful efforts at overcoming, for example, the givenness of disease in the world. Nor have we made ourselves beholden to the givenness that our bodies will not allow us to fly. We have figured out ways to soar despite our bodies. These conquests of the givenness of nature have been beneficial. But for all the benefits of overcoming natural realities and limitations, Lewis raises concern about the idea of overcoming ourselves, overcoming the givenness of our own humanity.

Lewis points, as one example, to contraception. In Britain in the 1940s, when Lewis was writing, contraception was not legal, but its relative benefits and merits were being discussed. Lewis was uneasy about contraception because of the power that it placed in the hands of those alive to control those who have yet to be. “By contraception simply, [future generations] are denied existence; by contraception used as a means of selective breeding, they are, without their concurring voice, made to be what one generation, for its own reasons, may choose to prefer” (55).

If any one age really attains, by eugenics … the power to make its descendants what it pleases, all … who live after it are the patients of that power … There is therefore no question of a power vested in the [human] race as a whole steadily growing as long as the race survives. The last [people], far from being the heirs of power, will be of all [people] most subject to the dead hand of the great planners and conditioners, and will themselves exercise least power upon the future. (57)

Today, the realities are more acute than they were in Lewis’s time. Contraception is now a socially accepted reality. But it is not the only reality. Abortion also helps to ensure a eugenic purity. In 2017, news media reported that Iceland had almost completely eradicated Down syndrome. They did this by prenatal screening and aborting any child they suspected of having an extra chromosome. Down syndrome was eliminated by eliminating people with Down syndrome. Is it possible that it hasn’t occurred to some doctors in Iceland that perhaps other handicaps or diseases could be eradicated in the same way?

The cumulative technologies of contraception, abortion, in vitro fertilization, gender reassignment surgery, hormone replacement therapy, and cosmetic surgery mean that we are no longer beholden to givenness in the area of human sexuality. Whatever arguments one may offer for the benefit of any of these technologies individually, the cumulative effect of them has been to remove the necessary connection between human sexual behavior, conception, and the propagation of the human race. We are thus free to express ourselves sexually however we wish—to define ourselves however we wish.

Beholden Still to a Few

Or are we? Lewis noted that what we might call humanity’s power is in reality a power possessed only by a few. The conquest of nature is also the conquest of others—it’s the rule “of a few hundreds of men over billions upon billions” (58). The conclusion is inescapable: “The power of Man to make himself what he pleases means … the power of some men to make other men what they please” (59).

Are people able to define themselves, or are they constrained by others? Through a helpful illustration in his book Preaching, Timothy Keller shows no one really defines him or herself. We are always defined by someone else:

Imagine an Anglo-Saxon warrior in Britain in AD 800. He has two very strong inner impulses and feelings. One is aggression. He loves to smash and kill people when they show him disrespect. Living in a shame-and-honour culture with its warrior ethic, he will identify with that feeling. He will say to himself, That’s me! That’s who I am! I will express that. The other feeling he senses is same-sex attraction. To that he will say, That’s not me. I will control and suppress that impulse. Now imagine a young man walking around Manhattan today. He has the same two inward impulses, both equally strong, both difficult to control. What will he say? He will look at the aggression and think, This is not who I want to be, and will seek deliverance in therapy and anger-management programs. He will look at his sexual desire, however, and conclude, That is who I am. (135)

Keller goes on to explain that we do not get our identities simply from within ourselves. We receive some “interpretive moral grid” from outside ourselves, which we lay over our various and sometimes conflicting feelings and impulses in order to sift through them and determine which is “really me” and so should be expressed, and which is a foreign invader and must be controlled. It is the grid that we use—not a raw, innate, unadulterated expression of our feelings—which determines for us who we should or should not be and which gives us our identity.

We receive those grids, of course, from others—from our cultures and communities. We filter our feelings through what we are told is acceptable, embracing some feelings and rejecting others according to our grid. When left to ourselves to create an identity, we choose to conform to the external moral grid.

This may help us explain why an eight-year-old boy with conflicting feelings today is encouraged to express himself as a girl, but why Rachel Dolezal is condemned for expressing herself as a black woman. It seems to have less to do with how either of them feels, and more to do with what their current culture tells them they can, should, or must do with their feelings.

Self-definition, then, is a self-deception. No one defines him or herself. We are always defined by someone else. We will either allow ourselves to be defined by the zeitgeist, the changing spirit of the current age as interpreted by an elite contemporary group of “our betters,” or we will allow ourselves to be defined by the unchanging God who created us and loved us enough to send his Son to redeem us and restore us to our true identity.

The author is pastor of Bethel Presbyterian in Leesburg, Virginia. New Horizons, August-September 2021.

Report on the 87th General Assembly

by Chad B. Van Dixhoorn