Reflecting on Disability in the Church 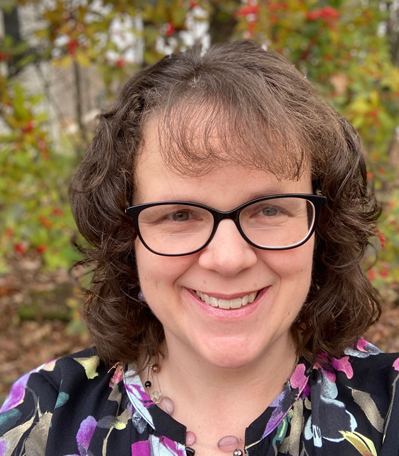 In November 2019, Orthodox Presbyterian pastor Joshua McKamy took his six-year-old daughter, Zoey, for what was supposed to be regular checkup with the pediatrician. He didn’t know that this would be their last normal day for a long time.

The doctor felt a lump in Zoey’s abdomen and sent her for scans that showed a cancerous tumor on her kidney. Zoey’s parents rushed her to Penn State Health Children’s Hospital in Hershey, Pennsylvania, where doctors scheduled emergency surgery for a Stage III Wilms’  tumor.

Josh McKamy had performed a wedding ceremony the previous weekend. The family had just enjoyed trick-or-treating together. “Within a week, we were trying to figure out if our daughter was going to die,” he said.

Amid the chaos, God providentially provided fellow OPC minister Stephen Payson as the chaplain at the same hospital where Zoey received her care.

Those early days following diagnosis are among the most traumatic for parents, Payson observed. Parents “usually are crumbling but trying to put on a strong front for their child.”

Payson had been interested in chaplaincy ever since a seminary rotation in a hospital. While pastoring Providence Orthodox Presbyterian Church in Mifflinburg, Pennsylvania, he volunteered at a nearby community hospital. In 2015, he left congregational ministry to attend a yearlong chaplaincy residency, followed by a year of fellowship in pediatric oncology chaplaincy at Penn State Health. He stayed on as the pediatric oncology chaplain afterward.

In November 2019, Payson received a text message from John Van Meerbeke, pastor of Living Hope Orthodox Presbyterian Church in Gettysburg, Pennsylvania, notifying him that Zoey had been diagnosed with cancer and that the McKamys were on their way.

When it’s a friend who is coming through the door, the “heartbreak becomes a little more personal,” Payson said. But the advance notice allowed him to help the McKamys from their first few moments in the hospital.

“The first night, I asked Stephen, ‘How do young kids process having cancer?’” Josh McKamy said. “He said that most kids just want to keep being kids. I interpreted that to mean that we should find ways to keep giving her experiences that are normal child things.”

That wasn’t easy, because Zoey’s treatment required full isolation. Not only did family life grind to a halt, but church life also grew more complicated.

At the time, Josh McKamy was a church planter at Covenant Orthodox Presbyterian Church in Chambersburg, Pennsylvania, and it was budget season. The leaders were already facing a “sink or swim” year for the mission work.

Zoey’s cancer “was a very clear sign that it was going to sink because they were going to have a pastor with very limited capacities,” Josh McKamy said. The COVID-19 pandemic, which started a few months later, further hindered outreach. He preached at church and wore a mask in public. His wife, Kristen, stayed home with their children, overseeing Micah’s schooling and protecting Zoey’s immune system. They stopped being able to invite church members and visitors into their home, and Kristen McKamy had to stop nannying other children. They couldn’t even have in-person help from their own extended families.

Zoey’s cancer, a new baby, the pandemic, and the flailing mission work combined to create a season of trauma. “I think it was the compounding of all these things that got us,” Josh McKamy said. “It felt like a divine knockout punch. I had expectations for the future of my ministry and my family, and the Lord took away all of those.” The mission work did close, and he worried about providing for his family and seeking a new call while keeping Zoey’s medical care plan intact.

“The book of James tells us, ‘You do not know what tomorrow will bring,’” Josh McKamy said. He felt that deeply.

Although the McKamys were afraid, they helped Zoey to process the seriousness of her disease. “It was hard, but we didn’t really shield her,” Kristen McKamy said. “We took comfort that Zoey, in her own age-appropriate way, could articulate the gospel. She knew it was bad, but we were with her, and God was with her.”

Josh McKamy also felt concern for his wife, who was processing the situation differently. While her husband was “focused on the big picture,” Kristen McKamy said, “I was focused on the next thing, in nurse mode,” still dealing with the mental shock of “seeing a scan of a tumor that was crazy big.”

She had to leave their other children, Micah and Kalia, at home with other caregivers while Zoey was in the hospital. Also, she was pregnant with their youngest child. And she was feeling the weight of helping her other children process their sister’s illness.

“Micah thought she was going to die,” she said, and it was hard to navigate those fears with an eight-year-old.

But the Lord provided in big and small ways. Josh McKamy’s sister organized a GoFundMe campaign to help with expenses, including the purchase of a reliable vehicle that would get the family back and forth to treatment. And Penn State University’s annual THON fundraiser and the Four Diamonds childhood cancer organization covered every cent of Zoey’s medical care. (Four Diamonds fully funds Payson’s salary, too. The THON fundraiser is a student-run dance marathon to benefit Four Diamonds.)

Small mercies included freezer meals from friends, Chick-fil-A gift cards for the chicken nuggets Zoey enjoyed eating during treatment, and hospital visits from Kristen McKamy’s friend who lived nearby. One family gave the McKamys an overnight stay at a hotel with a pool to celebrate Micah’s birthday. “Little ways that people had connections” felt like a gift, Kristen McKamy said.

Josh McKamy added that he appreciated people’s low expectations of them during that time. “The vast majority of people were willing to be patient and not expect normalcy,” he said, adding that their family felt loved by both their mission church and their mother church.

It was also a mercy that Zoey appreciated all the one-on-one time with her parents, her mom said. But that appreciation was tempered by the physical rigors of what she was enduring.

“She was in a lot of pain, and she would wake up screaming,” Josh McKamy said. In total, Zoey endured the tumor removal, a second surgery for a lung biopsy (which was clear), two weeks of radiation, and seven months of chemotherapy.

Payson had warned the McKamys that young children generally don’t understand a cancer diagnosis, so their worst suffering kicks in when the treatment makes them feel terrible. Payson’s presence at the hospital and his explanations of what to expect were another of the Lord’s mercies during that season.

“Stephen was with us before the surgery, praying with us right as they wheeled her in,” Kristen McKamy said.

For Josh McKamy, that was a relief. “I appreciated that he’s an excellent Reformed pastor and that I didn’t have to initiate any of that. I could just be Dad, and Stephen could be the pastor. He gave really good advice.”

Suggestions for Coming Alongside

Payson has grown close with many families journeying through cancer treatment, sometimes caring for them as long as two to three years for children receiving leukemia treatment. He finds that families need his services most acutely when there is a new diagnosis, a relapse, or a need for end-of-life care. He also ministers to the doctors and nurses who care for these patients, and he and other care workers have started a program that connects bereaved parents with each other. After witnessing such hardship, Payson suggests that when churches want to come alongside members in crisis, God’s people should pray.

“I’ve heard amazing stories of prayer chains with people all over the world praying for perfect strangers,” Payson said. He suggests sending a card that says, “I prayed for you today in this way” and including a Scripture verse. Josh McKamy added that many people prayed for their family through various OPC prayer chains.

In addition to prayer, people should “just be present, volunteer to help with the children, bring meals,” and help with practicalities, Payson said. “Call me if you need anything” isn’t helpful because most people won’t call. Instead, he recommends just going ahead and doing something.

Parents often feel anger, helplessness, powerlessness, and even undeserved guilt, blaming themselves for not “giving their child broccoli instead of macaroni and cheese” or fearing that their genetics caused their child’s suffering, Payson said. They “are caught up in such a whirlwind. No parent is really prepared for what they’re going to walk their child through. I tell them, ‘You’re going to be in a fog for a while. You’ve been thrown into a foreign country, and you don’t speak the language.’”

That was true for the McKamys, who now have “far lower expectations of how quickly people can bounce back from trauma,” Josh McKamy said. “Part of me expected that you just process through it theologically, you get to the point where you know what’s true, and you move on.” He now knows it’s more complex than that, and he thinks he’s a better pastor because of it.

He encourages churches to “draw near, pray, love on, support, ask questions, and be slow to assume you know what’s going on” when ministering to someone in crisis. His wife adds that helpers can “encourage people to give themselves grace,” especially moms.

“My house was a mess, my kids watched too much TV, we ate too much takeout,” Kristen McKamy said. “I needed to be told that those things didn’t matter, that I could rest, that I could just enjoy the kids and appreciate time with them.”

Josh McKamy also encourages couples to shore up their marriages before crisis comes. “I’m thankful that [Zoey’s cancer] brought us closer, but many times, crisis drives a wedge,” he said. “If your marriage is held together by nothing but duct tape and prayer, at some point you’re going to have a crisis,” and the fallout could be even worse.

The McKamys’ life, however, has settled down. Josh McKamy is now the associate pastor of Redeemer Orthodox Presbyterian Church in Danville, Pennsylvania. They’re still close enough to Hershey for Zoey to receive her checkups there. In May 2020, about three weeks after the birth of her new sister Avia, Zoey rang the bell to end her chemotherapy treatment. Payson was there for her big moment. So far, she remains cancer free.

“Our family situation now is better than it’s ever been,” Josh McKamy said. “Better even than October 2019. I can look back at how the Lord has used all this suffering. We’re catching up mentally to thanksgiving and praise for God’s deliverance.”

The author is a member of Redeemer Orthodox Presbyterian Church in Danville, Pennsylvania. New Horizons, January 2022.

Reflecting on Disability in the Church