“O Taste and See That the Lord Is Good” 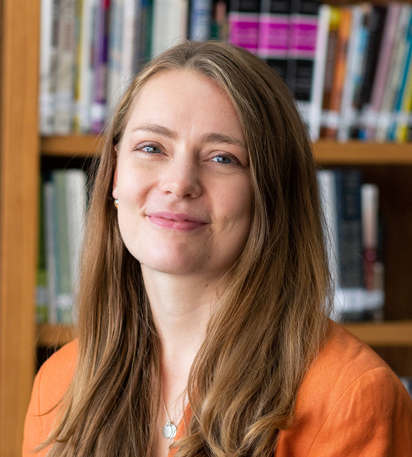 Eric Johnson, a retired engineer and treasurer of the still-brand-new Resurrection Presbyterian in Oshkosh, Wisconsin, was in charge of putting together a call package for church planter Bob Holda in 2021. Johnson didn’t start by crunching numbers, as he had ten years previously when on the session of Resurrection’s mother church and helping with a call. He didn’t pull up research on what people of Holda’s experience or education were making, and he didn’t ring up a fellow presbytery member. He didn’t even ask Google for cost of living adjustments or the federal poverty rate.

Instead, he visited the Committee on Ministerial Care’s website, opccmc.org, scrolled down to a green bar titled “Explore Popular CMC Tools,” and clicked on something called the “Pastoral Compensation Tool.”

Johnson, previously an elder at Apple Valley Presbyterian in Neenah, Wisconsin, and now an elder at its daughter church, Resurrection, has known Committee on Ministerial Care director John Fikkert since Fikkert was a kid. Johnson pointed out that when Fikkert shared the compensation tool with him he thought, “it’s about time! There’s no rocket science behind figuring out what your pastor needs to live on.” The pastoral compensation tool is a fillable online calculator that allows the user to input information including family size, number of years of experience, housing allowance, retirement benefits, and insurance benefits. The tool then provides a salary figure, generates a pastoral compensation report with the highlights, and even generates a call letter that can be downloaded in Word or PDF.

“I was so glad when this tool became available to us,” Johnson said.

The base salary, upon which the tool builds the rest of the entered data, is 1.5 times the federal poverty rate for the first three members of the household. This the CMC determined after some study, as it explains on the website. It further states that “a declining multiplier can be used for additional members, 1.25 for the fourth and fifth members of the household, and then by the sixth member and more, a family is sufficiently above subsistence level that it is reasonable to simply add the federal poverty level increase per child without a multiplier.”

A frequent question that the CMC receives about the tool is why it doesn’t include a cost of living adjustment based on the region of the country of the user. “From the research that led to the development of this tool,” the website explains, “it was determined that the two primary factors that lead to regional variance in living expenses are housing and health insurance costs. Because these items are separate line items in the Compensation Tool, amounts that fit a given area of the country can be entered into the tool. Even so, it may yet be worth considering if some of the expenses, such as food and clothing, that are in the base salary portion should have a further cost of living adjustment.”

The pastoral compensation tool gave Eric Johnson a clear figure. But, as Resurrection prepared for particularization and calling their first pastor, they as a church were not able to meet it. “I was not confident that we could pay [Holda] the full amount that the tool said we should pay,” Johnson said. As treasurer, he laid it out for the congregation when they met to extend the call. “I explained to them that I didn’t think the tool was wrong, and that we weren’t going to be able to give him what the tool said.” However, what the pastoral compensation tool also allowed Johnson to present in that meeting was that they as a church were able to provide, in effect, a 10 percent raise from when Holda was church planter.

And looking forward, the church could have the goal of meeting the tool’s recommended salary.

Bob Holda, for his part, appreciates that the session can lean on the CMC and its guidelines, even as it takes a few years to transition to the figure provided by the tool. “It doesn’t require that the elders become masters of finance, economics. They don’t have to figure it all out.”

The session’s conviction, Holda explained, is rooted in the biblical principle that the pastor be free of worldly care and employment (BCO Form of Government 22.9, see also 1 Cor. 9:1–14 and 1 Tim. 5:18), so that he can focus his energy on the church and his household. The context for the salary conversation is then clear: “They’re not interested in enriching me, but they do want me to be free to serve where God wants me to serve.” And the compensation tool provides the categories for more detailed discussion.

That thoroughness has been helpful to Holda—it caused he and his wife to begin thinking about the cost of their children’s education. They are still young, but “that was a good prompt to think about that area of saving. It’s nice to see that stuff broken out because you realize that you can’t just enfold all these things into the basic salary.”

The tool also exposed a savings area that the session would like to see grow in the future: retirement. “It helps to have a sense of where we are with these things. What’s reasonable, and are we doing our due diligence?” Holda said.

The categories included in the tool can be a catalyst for conversations about children’s education, about retirement, or about a host of other things. The third-party prompt can deflect interpersonal awkwardness.

“My elder [Johnson] has decided to take the initiative and say, let’s lean on this tool. But even if he didn’t, the fact that it’s being provided on a denominational level puts me in a position where I don’t have to force the conversation,” explained Holda. “The tool is an objective standard that hundreds of OP pastors all have access to.”

Not Just for New Calls

Putting together a call package is not the only time for using the tool, Fikkert explained. “It’s also useful for sessions to review with their ministers on a yearly basis, as they’re planning an annual budget,” he said. Many pastors may have additional children in the years after first receiving a call. “The call may not have changed,” Fikkert said, “but their ability to pay for things may have gone down quite a bit because of the increase in their family size.”

Johnson agrees. “There are many ways to use the tool. Calling a man: for sure, absolutely. Checking and seeing if you’re keeping up with what he should have, absolutely.”

In fact, Johnson is using it this fall as he prepares the budget for 2023. “As treasurer, our bylaws say that I give a report quarterly to our congregation. So at the end of October, I will give a report to the congregation, telling them how God has blessed us, telling them we’re in the midst of budget planning, and telling them that once again, I’m using the salary planning tool that the denomination has made available to us.”

“I think it does help put the congregation at ease,” Holda reflected. “When the elders present the budget to the congregation, they’re not just saying they pulled a number out of the air. They can say, ‘This is an objective thing, all the OP churches have access to this, we’re looking at all the different costs associated with the ministry and with raising a family, and this is where we think things should be.’”

As a member of the presbytery who serves on congregational visitation committees, Johnson also plans to use the tool when checking in with churches about their remuneration goals for their pastors.

Since the tool went live, Fikkert has received a great deal of positive feedback from both pastors and elders. From the website’s traffic, it seems many beyond the OPC are using the tool as well.

Looking at the big picture, Holda is grateful. “I’m thankful for God’s care for my family, and for me. And the CMC tool has been a part of that, it really has been a useful part of that conversation.”

“O Taste and See That the Lord Is Good”