Life in "the Dakotas" in the Early 1970s: Fellowship, Camps, and Showers

The Reformed View of Evangelism

by Eric B. Watkins

Life in "the Dakotas" in the Early 1970s: My Old Presbytery

With a presbytery ranging as far north as Carson, Lark, and Leith, North Dakota (Jack Peterson, pastor), as far south as Abilene, Texas (Jonathan Male, pastor), as far east as Volga, South Dakota (pastored by Lionel Brown, and later Arthur Olsen), and as far west as Grand Junction, Colorado (pastored by John Verhage and later Donald Duff), one might wonder if there could be any viable fellowship among the ministers and the churches. And yet, according to Duff, the great distance seemed to bring the men closer: "In some ways, I believe the distances helped. In Grand Junction, I was 250 miles from the nearest OP church, and I had to go over the Continental Divide to get to it. In other presbyteries, I went to meetings on Saturday, talked to men at lunchtime, and then went home. I had not ridden with some men for 800 miles."

Having served in several presbyteries, I've had great fellowship in each, but some of the closest fellowship I've known in the presbytery setting has been in the Presbytery of the Dakotas (POD) in the 1970s. Here are some reasons why:

The great distances were bridged by strong bonds of prayer. Every presbytery meeting began with a time of reporting and prayer for each church. Also, each stated meeting included a worship service sponsored by the host church. And although travel ate into the time away from home, generous time was allowed at POD meetings for discussion of all topics on the agenda.

Can you imagine traveling from Carson, North Dakota, to Abilene, Texas, for a presbytery meeting? In spring 1973, Abilene was the southernmost church in the presbytery, and this was the first stated meeting of an OP presbytery in Texas. Starting early Monday morning, Glenn and Kathie Jerrell with infant Benjamin (from Winner, South Dakota), with me as a passenger and relief driver (from Hamill, South Dakota), traveled to Oklahoma City, where others had also arrived. That night we stayed in homes of Knox OPC church members. Tuesday morning we drove in caravan to Abilene and arrived about 3 p.m., just in time to begin the church reports and prayer time.

After the evening meal provided by the church (pastored by Jonathan Male), we gathered for worship. Wednesday was another day of business, including examinations of Glenn Jerrell and Karl Dortzbach for licensure. That evening the presbytery was invited to a concert of the Abilene Symphony and Chorus. On Thursday it was back to business, until the meeting adjourned after nine that evening. That left Friday and Saturday to ride back home to South Dakota—in time to lead worship on the next Lord's Day. That was the longest stated meeting of presbytery of which I have been a part, and its length gives some indication of how seriously the POD took the work committed to it.

Campers from the Presbytery of the Dakotas 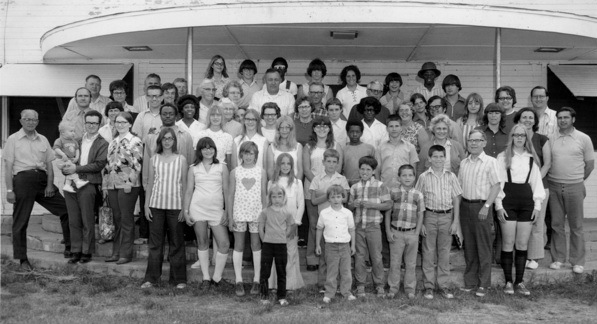 The great distances were bridged by strong bonds of ministry. Our young people's camp, Camp Elim, drew ministers as well as counselors, kitchen workers, and campers together in various activities. The camp committee approached each minister in the presbytery, not asking if he would like to help, but giving him an assignment sheet stating what he would be doing at the up-coming camp.

Don Duff remembers, "I arrived in Grand Junction with my family in April of 1971, and in May I received a letter from Larry Conard saying, 'These are your duties at camp.' I went to the camp, even though I did not have any campers to go with me. The next year I took two campers. After that, more went until as many as thirteen went from Grand Junction."

The young people and the staff got to know the pastors of their churches, and the pastors enjoyed getting to know the campers and staff from the various churches. And, of course, the pastors found a fellowship enriched beyond the regular presbytery meetings.

In 1971, camp was moved closer to our churches in Colorado, to a site northwest of Denver, not far from Estes Park. That camp, though beautiful, had only one shower. So it was the girls' turn every other day, and the boys' turn on the intervening days. With that problem in mind, the camp committee found another site about ninety miles southwest of Colorado Springs. It had four showers just for the girls—and another four for the boys!

Staff from the Presbytery of the Dakotas 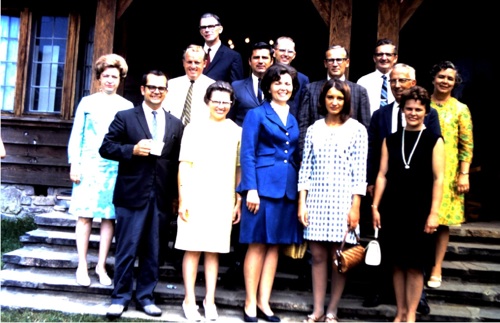 When we arrived at the new camp, we checked in and headed for our sleeping quarters. The girls went to their cabin, but it was so crowded they had to walk across one another's beds. The boys had to walk down a country lane, through a gate, through some woods to a clearing, across an open field, and through some more woods, before climbing over a barbed wire fence and walking across another open field to their quarters. Their quarters were an old farmhouse—with no beds, no running water, and no electricity, but a fireplace! Some of the boys ran ahead and were sitting on the floor as the rest of us came in. They said, "Pastor, can we get our money back and go home?" I told them that once we got into the activities of camp, we would be fine. They were pleased when we permitted them to sleep outside under the stars, and even use the fireplace during our evening devotionals.

The next morning we were ready for our first full day at camp. There were glorious showers! We had a good day, with campers divided into clans—Lenker's Lettuce Lovers, Clayton's Clearwater Revival, etc. (names chosen by the clans).

However, on the second day, the news spread quickly around the camp: "We're out of water! There's no water for the showers!" Of course, that also meant that there was no water for the cooks. We had to drive off the camp to get enough water for the meal preparation and clean-up—but no showers. What did we do?

Never underestimate the ingenuity of presbyters. South of the camp, a rise hid a stream flowing down the mountain. We had 200 feet of hose, which we spread in the trees along the stream. We placed one end in the water upstream and hung the other end over a tree branch downstream to make a shower of refreshing, though teeth-gritting, mountain water. We were back to one shower, for girls one day and boys the next—and kept someone on duty to keep away anyone who might head there on the wrong day. Those were showers we would never forget.

The next year we went back to the camp northwest of Denver, which had since installed more showers—and where the water ran all week.

The great distances were bridged by ministers who were "church men." The fellowship of such a large presbytery required ministers who sought to make it work. Jack Peterson, Stan Sutton, Lionel Brown, Glenn Black, Maurice Riedesel, Russell Piper, Robert Sander, Glenn Jerrell, Bruce Brawdy, Abe Ediger, Richard Nelson, Robert Malarkey, John Mahaffy, Larry Baurer, Larry Conard, John Verhage, Don Duff, Jonathan Male, Ben Male, Bill Bomer, Jim McFarland, Reginald Voorhees, Arthur Olsen, and I were all part of the POD at the start of the 1970s. A healthy presbytery consists of men who are faithful to their calling in their congregations as well as in the presbytery that ordained and installed them.

Campers from the Presbytery of the Dakotas 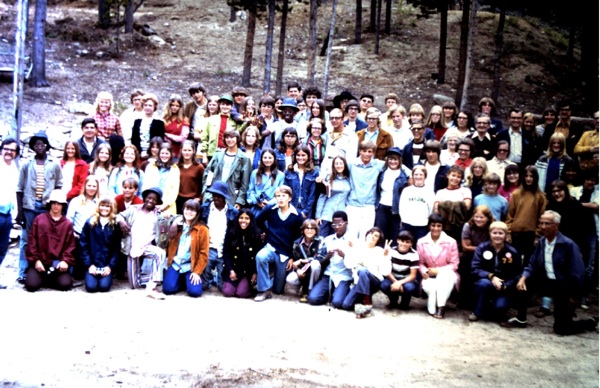 In the early 1970s, I served in my first call, Westminster OPC in Hamill, South Dakota. It was the nearest OP church to Carson, North Dakota (300 miles away), pastored by Jack Peterson. Yet Jack's zeal for the work of the church and faithfulness in attending meetings provided a solid example and encouragement to all the pastors in the presbytery. Another pastor at the western fringe, Donald Duff, serving in Grand Junction, 250 miles west of Denver, likewise was exemplary in his faithful service at meetings and events of the presbytery. These men, though relatively new to the ministry, were a solid encouragement to those of us who were just starting out in the ministry.

The great distances were bridged by ministers who loved the Orthodox Presbyterian Church, and who, in a number of instances, grew up in the OPC. Donald Duff, Jonathan Male, Larry Conard, John Mahaffy, Glenn Jerrell, Richard Nelson, and I were all part of the OPC from our infancy, and later we had the privilege of serving the church that so richly ministered to us.

The author is pastor of Providence OPC in Rockford, Ill., a mission work. New Horizons, April 2011.

The Reformed View of Evangelism

by Eric B. Watkins

Life in "the Dakotas" in the Early 1970s: My Old Presbytery