Meet Some Young Millennials in the OPC

Young Millennials in the OPC

Beholding the Glory of Christ at Christmas—What Did Simeon See?

To believe, and to know what you believe, is not the trend among young millennials. A full one-third of Americans aged 18–22 believe in “nothing in particular,” according to the Pew Research Center, and that number is growing at a rapid pace.

But some Orthodox Presbyterian young adults are defying these statistics. They not only know what they believe, but are living it out with passion, perseverance, and usually a solid sense of humor. Here are profiles of four such individuals from Orthodox Presbyterian churches across the United States. 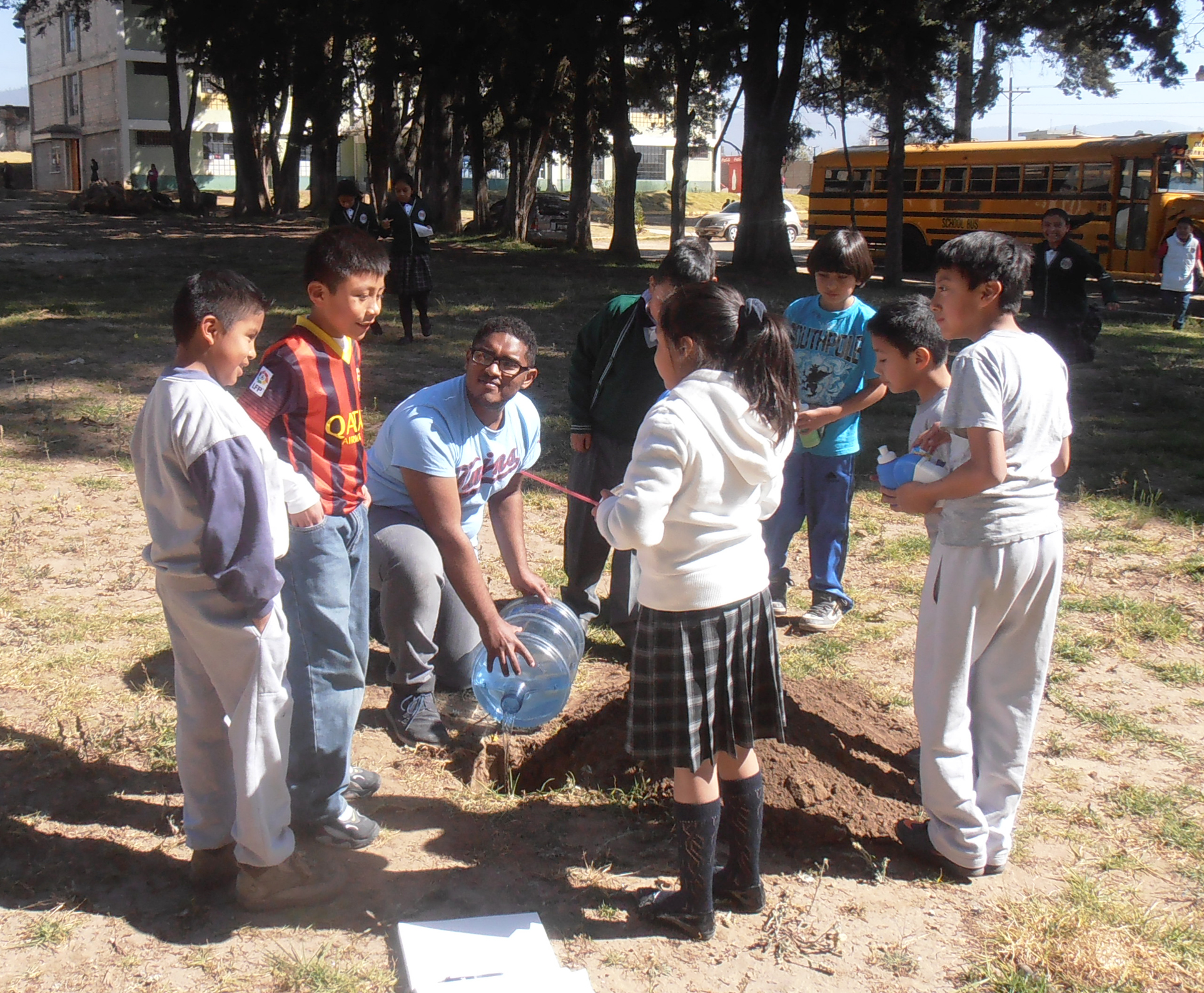 Nathanael Woldegebriel thought he had it all figured out. After high school, he majored in architecture, studied abroad, travelled Europe, and got his degree from Temple University. But the smooth track stopped there.

“I graduated, and I thought, now what?” Woldegebriel remembered.

So he made a decision—perhaps unglamorous, but also courageous. He decided to be an active part of his church and get involved in its various ministries. “I had time. I was just sitting at a gas station,” he said. The church was starting a Pioneer Club, so he sat on the committee. When the club was off and running, Woldegebriel needed something else. He started typing phrases into Google. “I put in ‘Christian architecture student looking for internship,’” he said. The first or second link that popped up was to Engineering Ministries International (EMI), a Christian nonprofit that devotes its skills to impoverished communities around the world. “I thought, that’s exactly what I want!” he remembered.

He had only a month to raise the necessary support for his trip to Guatemala with EMI, but he made the goal and even had a surplus, thanks to his church and family. He joked that as he was leaving, he knew his church better than ever before. After returning from an incredible experience with the growing Guatemalan school Colegio Juan Wesley, Woldegebriel said he had the same uncertainty that he had after graduating from college. But his commitment remained constant.

“I still will not give up going to church and actively being a member. In twenty or thirty years, that’s going to be something I know will be there. I’ll actively be seeking out Christians around me,” he said.

And he encourages other young students and graduates to do the same. Woldegebriel shared from experience that although it is easy to think that reading your Bible every morning in your dorm room is enough, it’s not really. “Worship is really beneficial,” he explained. “You need that support group.”

That is true even if worshipping requires something as difficult, yet simple, as going to bed at a reasonable time on Saturday instead of hanging out with friends. “Most people may think that what you’re doing is weird or unimportant, but that doesn’t mean it’s not important.... No matter what kind of pressures you get, hold onto your faith.” 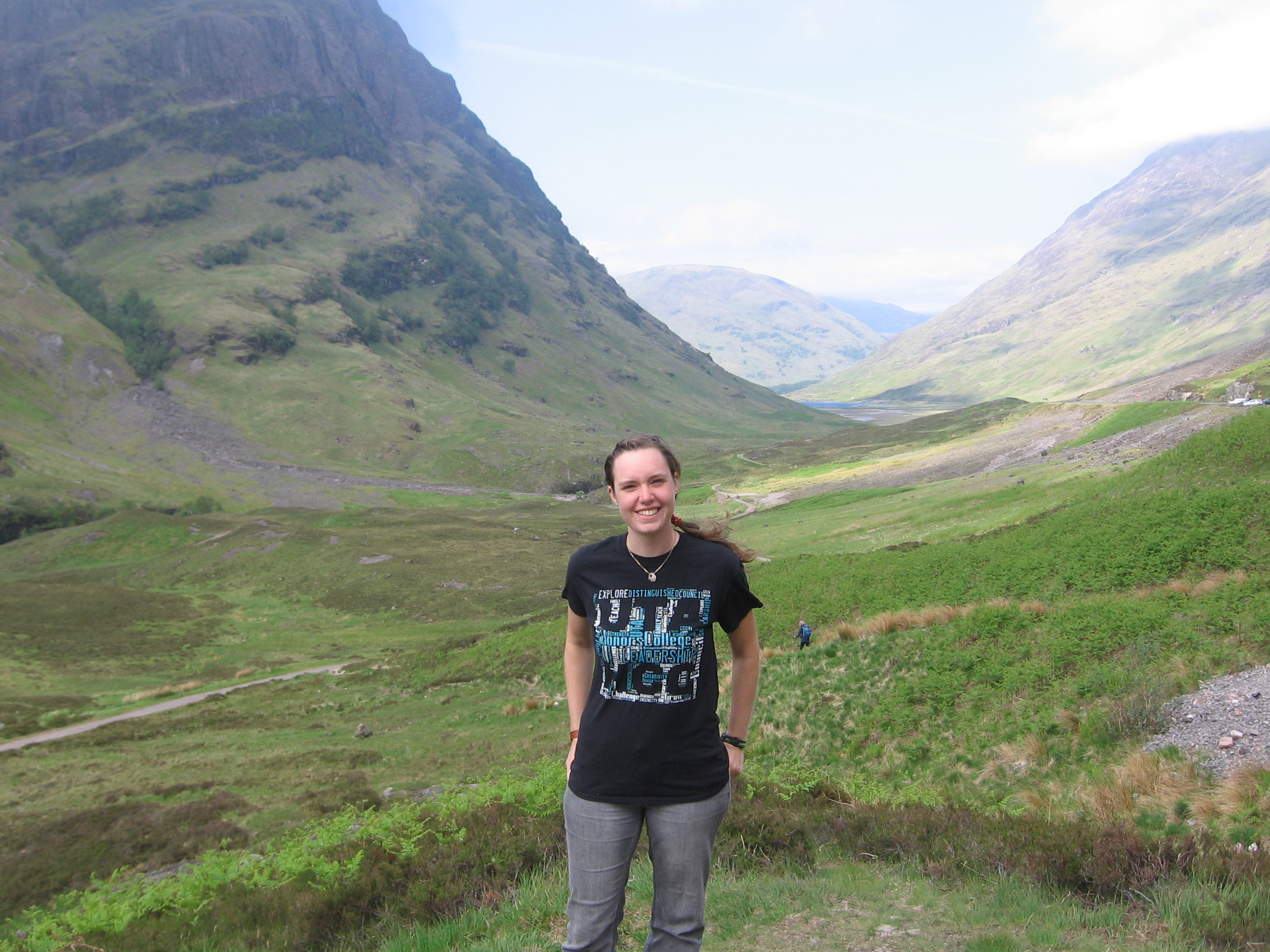 Hannah Keller is happiest on the road. She has travelled on mission trips or study abroad trips to Uganda, to Scotland, to Romania, and twice to Berlin. “I love meeting new people and interacting with their cultures,” Keller said.

After graduating from high school, Keller was undecided about life goals. So she took a few gap years and traveled instead of heading to college—and she couldn’t be happier with that decision. “Travelling really opens your eyes to the world,” she said. “There’s really so much of God’s creation out there waiting for you to visit.” Once she did head to the University of Arlington for a double major in anthropology and German, Keller knew exactly why she was there: “I went to college not necessarily to get a degree, but to learn about something I’m really passionate about.” She hopes to have a master’s degree within five years in forensic anthropology, an application of anthropology to a legal setting that professionally identifies an individual’s roots.

For Keller, being a Christian inevitably comes back to knowing people as people, wherever they are. “I like listening to people’s stories—where they’ve been and what they’ve done and who they hope to become,” Keller explained. “I think that’s what Christians should be doing: reaching across borders and connecting with people and telling them about the gospel.... You’re not limited in sharing Christ just because you don’t have a theology degree.”

She told about meeting a couple on a train in Europe—he was Hungarian, she was Romanian, they communicated with each other in Italian, and they talked with Hannah in English. That is an example, Keller said, of people relating across borders. She encouraged Americans to broaden their experience and learn another language, which offers “innumerable advantages.”

But of all the places she’s travelled, Keller said Uganda still “holds a special place in my heart.” She is hoping to return to Uganda next year as a missionary associate with the OPC Mission in Karamoja.

Zac English in the greenhouse 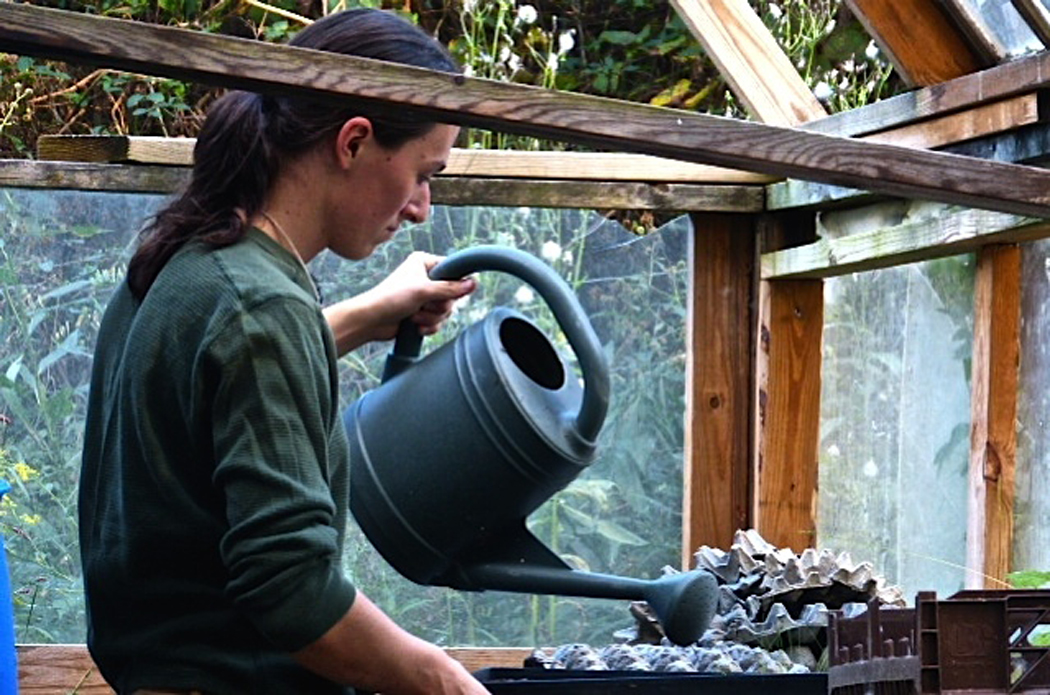 On his tenth birthday, Zac English wasn’t asking for Lego sets or video games. Instead, he wanted a home-brewing kit for root beer. By his fifteenth birthday, English was making wine from fruits and juices—“Not because I like wine,” he quickly explained, “but because you can do it from home.” And a few years later, even though he didn’t actually like coffee, that same hankering for hands-on learning led him to start a coffee-roasting business, operating out of a converted gas grill.

He sells the coffee both by word of mouth and at a farmer’s market, and he’s not afraid of training on the spot. “I just feel like if I can learn something without having to pay a teacher, then maybe I should just take that route,” he explained. So instead of getting a business degree from a college or university, he took some books out of the library, honed Internet research skills, and started selling coffee.

English purchases his green coffee beans from a direct trade provider in Bolivia. “Direct trade” means that there’s only one middleman between the farmer and English, which ensures both fairness to the farmers and fresh coffee for English. “That’s the biggest thing you can have with coffee—that it’s fresh. It doesn’t matter so much where it came from or whether it’s organic; if it’s not fresh, it won’t taste good,” he said. The next project for English might be a coffee shop in Charlotte that directly supports third world farmers. “I think God can use something like that; it could be a really cool opportunity,” he said. On the other hand, he has worked at a restaurant for years and knows how difficult it can be to make money from a small café.

So he is also considering becoming part of a subsistence farm partnership. He would live there and work part-time, producing enough meat, dairy, and grains to feed everyone on the farm while leaving time for other hobbies, businesses, and ministries. English believes that our culture is too oblivious to food’s origin. “I’d like to combat that,” he said. “I might not enjoy shooting a pig that I’ve raised for two years, but if you want to eat, you have to realize that something has to die in order for someone to live.” And that is a biblical truth that English wants to demonstrate, not just articulate.

“I want ministry to be a large part of what I do,” he concluded. 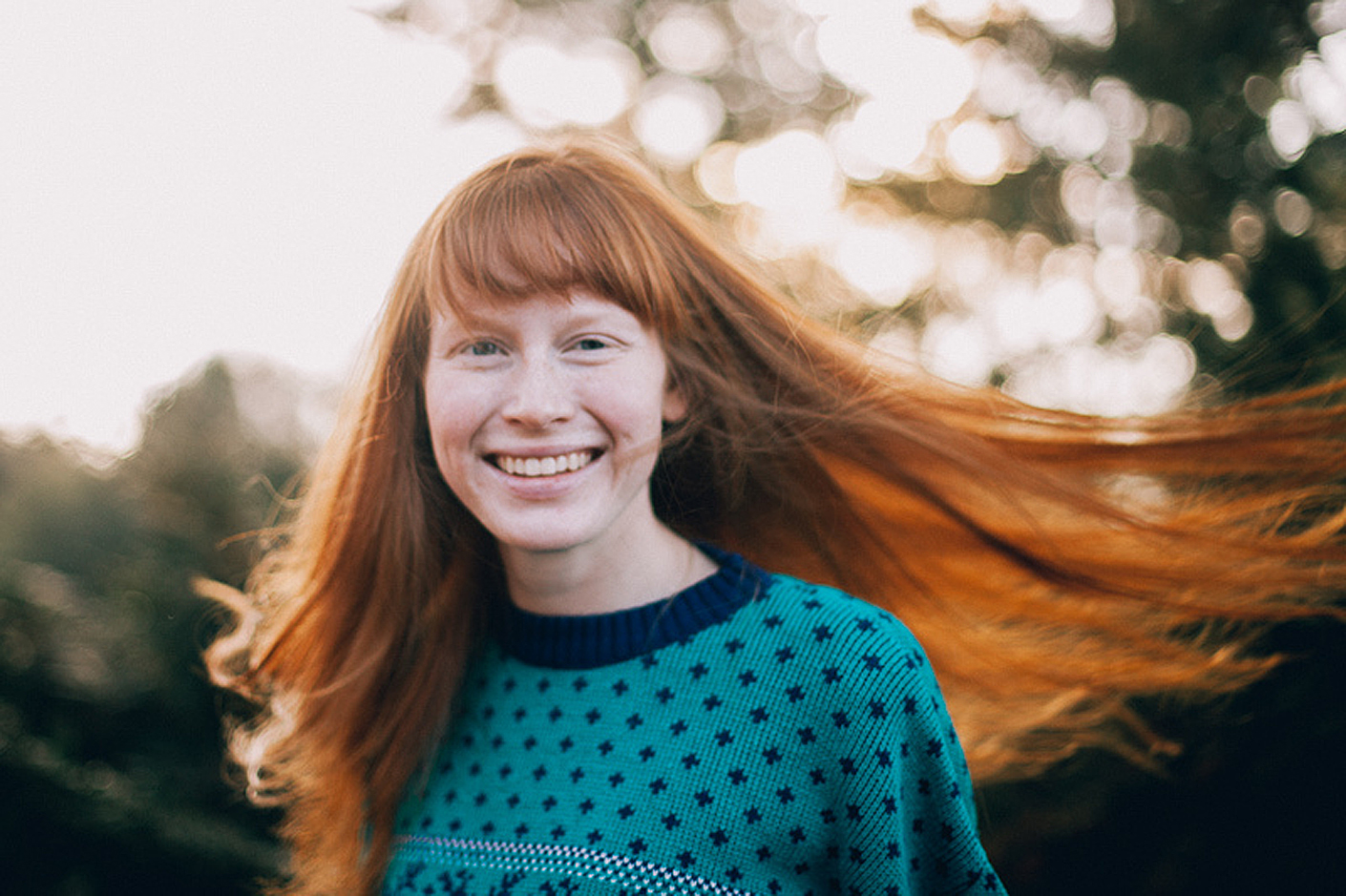 Lindsay Anne Dransfield is also an entrepreneur, but with a camera instead of a cookbook. After taking senior pictures for friends in high school, Dransfield started her own business: L.A. Birdie Photography. Armed with a Canon 6D and a growing clientele, Dransfield works in the Annapolis and D.C. areas.

However, the business of taking pictures is never predictable. “This is a very good career for exercising trust in God,” she explained with a laugh. “You never know for sure whether there will be enough ... but I’ve always had just what I need when I need it.” Dransfield’s artistic ministry also gives customers just what they need: honest beauty. Her business’s tagline is “capturing ordinary magic,” which she describes as a fancy way of saying that she likes taking candid shots. “I like to help people feel beautiful because I really believe everyone is beautiful, even if they don’t feel that way—but I also like to be honest.”

Her penchant for realistic shots found its way into a class project when she photographed her church meeting together on a Sunday for worship and fellowship. “I wanted to show my class [that] my church is just a normal group of people,” Dransfield explained.

In an age of hyper-edited photos and sleek new self-identifying on social media, Dransfield also wants clients to know that she is just a normal person, too. She purposefully meets face-to-face with clients prior to meeting for a shoot. Dransfield isn’t interested in perpetuating a picture-perfect idea of life; when her fiancé’s mother was diagnosed with cancer, Dransfield used her skills to create a portfolio of pictures over three years, in a documentary style, portraying the fight with cancer as it happened with both its joys and its sorrows. Now the pictures are a “really special memory,” Dransfield explained.

“That is my hope with all the pictures I take,” she concluded.

Young Millennials in the OPC

Beholding the Glory of Christ at Christmas—What Did Simeon See?