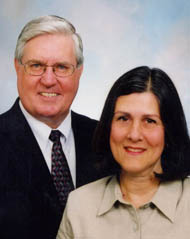 Sometimes you just have to make space for a new church. That is what happened in New Jersey last year when the session and congregation of Immanuel OPC in Bellmawr formed "Baby Immanuel." The city of Bellmawr is a suburb of Philadelphia and a crossroads of the Northeast Corridor, with major highways leading in all directions. It is a perfect location for an Orthodox Presbyterian church.Folks travel great distances to be a part of this growing church of two hundred. The congregation has spawned a home school co-op. A thriving weekly youth gathering, appropriately named Crossroads, attracts high school and post-high school young people from all over the greater Philadelphia area.

By early 2004, the congregation's 175-seat sanctuary could no longer accommodate its members and visitors. And on-street parking was beginning to test the church's good relations with its neighbors. With no place to sit and a parking situation that prevented a second service, the session began to explore its options. Most attractive on their list of options was enlarging the sanctuary. But that would necessitate acquiring and razing the residence adjacent to their building. That house wasn't even for sale, and even if they could buy it, such a building project would take years to complete. Still, they decided to lay the plan before the congregation for prayer. Read more

This churchman's comings and goings are for the purpose of encouraging the planting and development of Orthodox Presbyterian churches.

Jim Bosgraf, the churchman, began his labors as regional home missionary (RHM) for the Presbytery of the Midwest in 1992. This was the beginning of his second stint with Home Missions in the Midwest. From 1985 to 1989, while pastor of Bethel OPC in Oostburg, Wisconsin, Jim served part-time as missionary-at-large. A missionary-at-large was an earlier version of an RHM. Read more 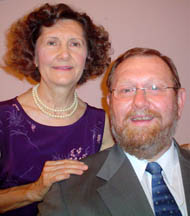 Amid the excitement was sadness and concern. Anna McNeill, the two-year-old daughter of organizing pastor Brett and his wife Jen, was undergoing treatment for a potentially life-threatening cancer.

In the following weeks, other families also experienced difficulty. One received a cancer diagnosis; the angina of another worsened; another had serious thyroid treatment; another was entering her last month of a difficult pregnancy. Read more

These church officers were gathering to ratify the merger of the Old School and New School branches of the Presbyterian Church. The New School commissioners, who had been meeting at Third Presbyterian Church, marched single file toward First Presbyterian Church. Their Old School counterparts, who had been meeting at First Church, started marching at the same time toward Third Church. When the commissioners reached the same city block, according to George Hays, they "halted, and facing each other, met in the middle of the street, shook hands, and in double file, led by their Moderators arm in arm, proceeded to the Third Church for a mass meeting celebrating the event."

The reunion of 1869 was obviously an effort to heal the division of 1837-1838. But the reunion was not as simple as sending cheerful Presbyterian commissioners to Pittsburgh for a parade. Coming on the heels of the Civil War, this merger was closely bound up with the affairs of the nation. In fact, the 1869 reunion was the last of four Presbyterian reactions to the sectional crisis that divided the North and the South. Read more

United States Marines undergo some of the toughest training in the world, starting with boot camp. But I did not attend a real boot camp. So I chose the First Marine Division, where I was assigned to the Third Light Armored Reconnaissance Battalion. For the first year or so, I found that the experience was not so tough after all. Even after we deployed to Iraq in the fall of 2004, life was relatively comfortable.

But everything changed on November 9, 2004. While engaged in combat operations in Iraq, I was seriously wounded by an enemy explosive device. The force of the explosion and the resulting shrapnel caused multiple injuries to my legs. Instantaneously, my life became difficult. I underwent months of hospitalization, numerous surgeries, and arduous physical therapy. Setbacks, complications, and disappointments have made recovery seem incredibly slow. I still face months, if not years, of rehabilitation, perhaps more surgeries, and a final outcome that is uncertain from the human perspective. Read more