Editorial: Avoiding the Dangers of Distance in Officer Training

The Ingredients of a Meaningful and Successful Internship Program 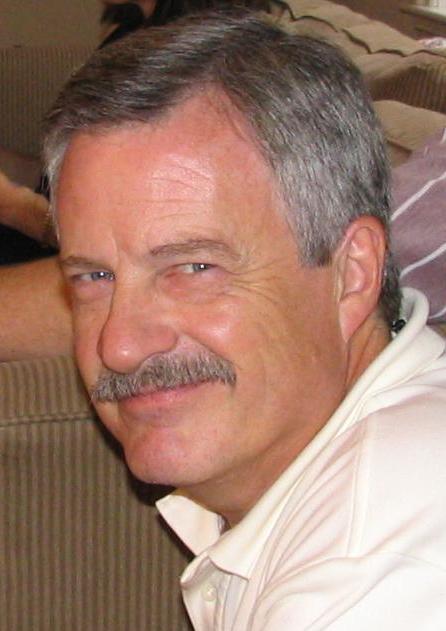 "Learn to hear God's voice, Spirit-led distance learning." So proclaims the Internet ad for a "Christian university." How odd to think of the Person who conceived the human nature of our Lord in the womb of the Virgin Mary; filled him throughout his earthly ministry; and raised him from the dead on the third day, as leading in disembodied education.

Books and printing were the first technologies to really offer education at a distance. One could read an author's thoughts anywhere and at any time, well out of earshot of the writer. Yet how few of us would champion the idea that the sum of a man's internship or seminary training would require him to hole himself up in a library somewhere and study books on preaching, pastoral theology, and the like. Why then are we so enthralled with the concept of "distance learning" when it comes to this new so-called "delivery system" of the Internet? I have argued in previous editorials that there is no such thing as a mere delivery system when it comes to communication. All messages are embodied in various media. Since education involves communication of the highest order, we had better ask some tough questions about distance learning before we use it extensively. How does such technology affect education in general and theological education in particular? Such questioning must not begin with an analysis of technology itself, but rather of the nature, aims, and means of historic theological education. Then we must ask how the proposed technologies either promote or diminish such aims and means.

In an insightful address to a joint meeting of the Southeastern Pennsylvania Theological Library Association and the New York Area Theological Library Association in May 1998, Darryl G. Hart expressed grave concerns about the negative impact of educational technology on theological education. His concerns center on what he calls the "three R's of seminary education ... reading, writing and religious communities."[1]

Hart contends that "digitized text," and especially searchable Bible software, lends itself to an "engineering" or quantitative hermeneutic. Word searches give the illusion of study, while obviating the kind of "deep reading" that cultivates thoughtfulness. "Would such a search produce real learning, or simply a lot of citations? ...The point of these questions, of course, is that the automation revolution at least indirectly promotes the hermeneutics of engineers rather than that of humanists, and this development is harmful for the kind of readers we should try to nurture at good theological schools."[2] Engineers may take umbrage at these remarks, since they, too, would favor the thoughtful gathering of data. However, the point should be well taken that there is a danger in such software of merely quantifying information rather than thoughtfully assimilating texts in their contexts as must be the habit of students of the humanities.

We should all hope that the intern spends a healthy portion of his time in solitary reading and reflection, disconnected from the domination of the computer. If he doesn't learn to carve out time for such things amidst the rigors of pastoral activity, he will probably never develop this essential and salutary habit. Of the eight wisely chosen ingredients for a good internship recommended by Pastor Trice in this month's republished article, study is missing, probably because he assumes private study to be a predilection of reformed and Presbyterian candidates. I am not so sure that should any longer be assumed. So let me add a ninth ingredient: mentoring in media stewardship with attention to the discipline of study and thoughtful discussion of theology and ministry.

While we should be alert to the dangers of which Hart warns, we should not minimize the enormous benefit which searching an electronic text of the Bible or even a classic work of theology can afford the assiduous student. I would argue that the time saved in searching for various grammatical constructions and word usages in the biblical text may be used for the kind of deep reflection advocated by Hart. In reacting to the liabilities of electronic media, which many Christians seem to blithely overlook, the Christian must also be appreciative of the benefits of those media, which God has graciously allowed us to develop in common culture.

As goes reading, so writing. Internet education involves very little term paper writing. This is contrary to what used to be considered the

pinnacle of a good education, namely, the writing of a dissertation, the longest of research papers. So if technology makes it possible for students to stay home rather than come to campus, and if it tempts theological educators to offer an education that does not include library research and the writing of a term paper, then the automation revolution may not only be furthering poor reading skills but also rearing a generation of students who don't know how to write.[3]

The use of the Internet and word processing, for the thoughtful user, may actually enhance writing and research in some significant ways, as long as the new efficiency is not used to sidestep the disciplines of thinking and writing. Perhaps learning to write without modern equipment is the best way to learn to use the new technology to its greatest advantage. This has certainly been the experience of the computer crossover generation. It remains to be seen how the next generation will fare in this regard, since the tendency of computing is toward carelessness in writing and thinking, since texts are so easily changed. Email engenders this tendency with a vengeance.

The most provocative question of all is: "Does information technology give students the skills they need to become a part of a religious community's conversation?" Hart answers a resounding "No!" The failure of community conversation is rooted in the neglect of the seminary's two greatest resources: its books and its faculty.[4] The difficulty of defining the uniqueness of the personal presence of the mentor—a uniqueness that we simply assume in our internship programs—should not deter us from recognizing this profound and complex reality. The difficulty of articulation should rather move us to affirm the irreplaceable nature of the incarnate learning experience.

Sadly, Hart observes that those who raise such questions become the objects of ridicule, and are labeled "old fashioned" or "out of touch," a kind of "untouchable" caste in a technological society. A recent article titled "Computing the Sermon," ends with the patronizing statement, "If your church or pastor has not gotten into the computer age, the time has come!"[5]

"Distance" is the operative word in the pedagogy. Overcoming distance may, in some cases, be a great benefit. It will avoid the disruption of family life often associated with traditional theological education. The transfer of information and documents from all over the world enhances all forms of education. However, the decrease in face-to-face encounter, combined with the loss of the community of learning, is a clear liability of the new system. As Douglas Groothuis points out: "seminaries have traditionally 'disrupted' students' lives, and for good reason. To prepare for ministry, one must immerse oneself in biblical exegesis, theology, apologetics, ethics, practical ministry, and more. This requires a shift in one's whole life."[6] The rigors of seminary are only a prelude to the rigors of pastoral ministry. If habits of intense commitment are not developed in the community of pastor-scholars, where else will they be developed? Those on the avant-garde may end up being the ones who are "out of touch," after all.

Beyond this, Hart's warnings point to one of the greatest dangers of the "Information Revolution": the atomizing and de-historicizing of the text of Scripture. Douglas Groothuis recalls the warning of Mark Noll that the church has tended since the nineteenth century to treat Scripture like a jigsaw puzzle. Bible software may exacerbate this problem. Groothuis remarks: "Users may end up dissecting the Bible into info-chunks instead of understanding the Scripture's context, historical setting, and overall theological significance."[7] Hard intellectual and spiritual work can easily seem unnecessary to the novice student armed with tons of software.

In a 1997 article, Steven Vanderhill, former executive director of ministry resources at Westminster Theological Seminary, expressed unalloyed enthusiasm for the advent of the "virtual classroom." Through electronic mail the student and the professor can "personally interact." He believes that "Internet assisted" seminary programs will enhance three "central concerns: interactivity, accountability, and community."[8] What is missing in this article is even a hint of appreciation of the potential liabilities of this new technology. The questions are not even being asked, much less answered. Email may supplement existing face-to-face relationships, but it can never replace them, even though that is their tendency.

Church officers need to teach God's people to ask these difficult questions at every level of Christian education. Interns need special training to be stewards of technology, in order to understand its impact on the church and find ways to employ its benefits and counteract its liabilities. In order to supply supplemental theological and pastoral training to ministers and candidates our own Ministerial Training Institute is seeking to thoughtfully use the Internet, combining distance education with intensive training seminars.

As church officers, we must promote embodied learning. This must inform our uses of technology.[9]

[1] D. G. Hart, "The Three R's of Theological Education," Nicotine Theological Journal 2:3 (1998), 1-4. D. G. Hart is the Director of Partnered Projects at the Intercollegiate Studies Institute. Previously he was dean of academic affairs and professor of church history at Westminster Theological Seminary in California where he remains an adjunct member of the faculty. He is a member of the Committee on Christian Education in the OPC and chairman of the Subcommittee on Serial Publications that oversees Ordained Servant.

[9] Portions of this editorial come from Gregory Edward Reynolds, The Word Is Worth a Thousand Pictures (Eugene, OR: Wipf and Stock, 2001).

The Ingredients of a Meaningful and Successful Internship Program