This morning, Woody Lauer (who lives in Numazu, south of Tokyo) sent the following update on the missionaries living in the Tohoku region (the northern part of Honshu, the "main" island of Japan): 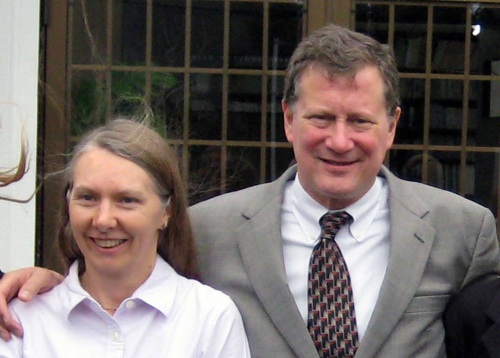 After three days of trying, we finally got Murray and Tsuruko Uomotos' phone to ring today. After calling it repeatedly and letting it ring many times, we finally connected with them about 3 hours ago. Electricity had just been restored for them for the first time about 5 p.m. Here in Numazu and around the nation unaffected areas are having 3-hour scheduled power shutoffs daily (starting today) so as to be able to send power north where nuclear reactors have been shut down and insufficient electricity is available, even once power lines are restored. Gas and water, however, are still unavailable.

Murray and Tsuruko are still without water service, but Pastor Ogata, the Japanese minister who works as a cooperating evangelist with our mission at Megumi Chapel along with Cal and Murray, has begun bringing bottles of water to the Uomotos from further north where his son lives, and where there is running water. He reported that gasoline is hard to find and limited to 5 liters when available. Murray said that their facilities (church-manse combined) sustained minimal damage; they have only noticed cracks in the concrete and stucco having fallen off the side of the rental unit next door where a church member lives. He thinks their house/church may now be slightly tilted. 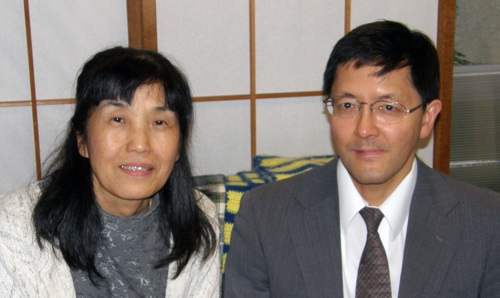 As we talked, Murray was attempting to restart their DSL modem—without success. For the time being they have no E-mail. (The Yaegashis, on the other hand who live in Yamagata, about an hour away over the mountain, now have both power and internet service restored.) Murray asks for prayer for the Newtons, another missionary family who lived in Fukushima prefecture, south of Sendai. Their house and car were washed away in the tsunami, though they themselves escaped unharmed. As I previously reported, Pastor and Mrs. Shiratsu of the Ishinomaki RCJ on a peninsula, just up the coast from Sendai, also escaped before the tsunami, but their church building and manse were severely damaged

Murray also reported that Luke Cummings, the youngest son of Cal and Edie, was able to get permits needed to deliver a car full of supplies to Cal and Edie, no small feat given the unavailability of gasoline in much of the Tohoku region. We still have not been able to reach the Cummings personally.

We give thanks that the OPC Diaconal Committee has offered assistance to our missionaries and RCJ brethren who have suffered loss or injury in this disaster. It is the mission's intent to use any offerings given for immediate relief emergency needs and to save the rest until a thorough evaluation of losses among Tohoku brethren can be assessed. It appears though at this point that at minimum, the Ishinomaki building will be a total loss.

Thank you all for your prayers and join us in thanking God for sparing the lives of so many of his people.

Please continue to keep our brothers and sisters in Christ in Japan in your prayers.