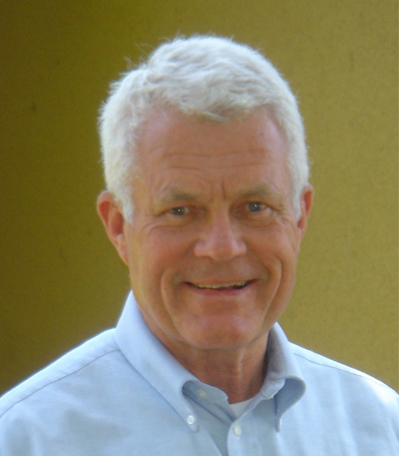 William Shishko, pastor of The Haven, OPC, in Suffolk County, New York, here interviews OP minister and Navy chaplain Robert Needham, coauthor of What to Do When You Are Abused by Your Husband: A Biblical Perspective (2003; republished 2018).

WS: How did you come to write What to Do When You Are Abused by Your Husband: A Biblical Perspective, coauthored with Debi Pryde?

In January 2002, I taught a counseling course at Westminster Seminary California. Part of the material I used was on wife and child abuse and proper responses to it by counselors and by the church. (I had encountered many domestic abuse cases during my years as a Navy chaplain.) One of my students, Debi Pryde, not only told me that I should put that material into print, but also helped me to do it and gave me substantial input and ideas as well.

WS: You have called the toleration of domestic abuse “the great scandal of the evangelical church.” Why is that the case?

Three particular reasons: First, our Lord desires compassion, and domestic abuse robs the most helpless, the most vulnerable, and the most needy of Christ’s ministry. Failure to deal biblically with abuse puts the most vulnerable people at risk. Second, it is largely ignored or denied in churches of all stripes—liberal, conservative, and everything in between. Third, when domestic abuse is admitted, the victim is often punished, and the guilty abuser is rewarded. This should not happen in the church of the Lord Jesus Christ.

WS: What are some big mistakes that church leaders make when they learn of domestic abuse within the congregations they serve?

This is not an exhaustive list and not in any particular order:

Often, abusers have a high profile in the church; unwary church leaders can easily be misled by this. An abuser can out-maneuver an entire session, especially at first.

WS: Many pastors have had little or no experience counseling abusers. What pitfalls should they avoid?

WS: What are the marks of true repentance in an abuser?

An abuser will admit that he is guilty of abuse. He won’t just cry and say he’s sorry. He will then willingly agree to have the church leadership get involved in the situation so that he and his family receive help. He will not resist close dealings with his personal life. He will be willing to meet on a regular basis, that is, every week or every other week, with a prayer partner to whom he will be accountable. And he won’t give up on this. He will also be willing to do a thorough study on biblical repentance and to assess his life with that standard before him. He will demonstrate tangible, visible evidences of a repentant heart. A truly repentant person will bring forth fruits in keeping with his repentance, including accepting the leadership and direction of the session.

WS: What are some of the costs of dealing rightly with domestic abuse as a church?

Working with an abuse case is a long, drawn-out process. There are no easy solutions. Church leadership may divide over the various issues involved and how to handle them, especially if church discipline is involved. A pastor or counselor may lose support for pursuing a resolution that is biblical. Abusers may turn against the pastor or counselor.

WS: When should civil law enforcement be called in on a domestic abuse situation?

Churches should be aware of their state’s abuse reporting requirements and follow them. Wives can be threatened in various ways by abusive husbands. Perhaps it goes without saying, but the threat, “I could kill you,” must be taken seriously. The law should be notified, the abuser should be dealt with by the civil authorities, and the wife and children should be brought to a place of protection. Remember that the pastor or counselor may be the one threatened in a counseling session and may be the one placing the call to law enforcement.

WS: Discuss the procedures of church discipline in dealing with accusations of abuse.

The church leadership should immediately begin a process of careful investigation and examination, using the process of “two or three witnesses” (2 Cor. 13:1) with all due diligence. Generally, a godly wife will not object to this process, although the church should be sensitive to fears or shame that she may have. Follow Matthew 18:15–17 as a touchstone, remembering that the behavior of the accused in these confrontations will determine how to proceed.

WS: How does child abuse affect the congregation as a whole?

First, as a matter of course, churches should take preventative measures for children’s activities at church, such as a policy of having two or more people working with children and not leaving children unsupervised. Having these policies in place and engaging the congregation so that it participates in oversight and accountability is 50 percent of the battle. If abuse does occur (or is even alleged), the session must carefully consider how it will inform the congregation, and what its legal obligations are as it does so. This too can be addressed as part of the church’s policy.

WS: How can churches best minister to the victims of domestic abuse?

In addition to any outside help, material and spiritual help from within the church can be a great blessing to victims. Abusers often cut off support when their spouses report them. The church should also develop a plan if the abuser is too dangerous for his wife and his children to live with; they may need to be housed at a far distance away from their current home. A church should have a well-thought-out plan for caring for minors who suddenly need help.

You will need a team to help the victim of abuse. Teach your deacons to meet material needs that will come up in abuse situations. Train godly women in your congregations to comfort abused women and guide them through the jungle of abuse. The abused woman should have a prayer partner whom she can trust, speak honestly to, and pray with. Finally, church leaders should be in constant prayer about abuse situations.