Have you ever been suddenly surprised and saddened to hear that a particular family or individual has left your church for no apparent reason? Maybe on the previous Lord's day you were celebrating the Lord's Supper with them, and now they have gone and are "not coming back. The situation is painful and confusing. And, more times then not, it could have been resolved if the biblical means of restoration or confrontation had been used. But now you hear that "it's too late, and you never have fellowship with that family again.

One of the obvious outcomes of the Protestant Reformation in the sixteenth century was the formation of a new church. Martin Luther had to leave the church of his life, the church to which he had made sacred vows. But he had no options, for the Pope had excommunicated him, and the Roman Church considered him a heretic.

Have you heard why most people leave churches today? (Orthodox Presbyterian congregations are not immune from this.) Sadly, it's not often because biblical truth is being violated. Instead, personality conflicts are usually at the heart of most walkouts. What I've heard most often as reasons to "walk are:

Many of these reasons are spoken through tears, and years later they can still be extremely painful discussion topics.

It surprises people to hear that Martin Luther didn't really want to leave the Roman Catholic Church when he posted his Ninety-five Theses on the Wittenberg church door in 1517; 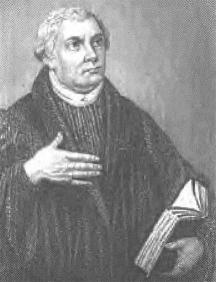 he wanted to reform it. He was a devout Roman Catholic at the time, in full agreement with papal authority and even the veneration of Mary. It was a slow, painful process, filled with anguish and tears, that eventually brought Luther to the realization that the Roman Church placed its authority and traditions above Scripture and would not change.

When Luther spoke at the Diet of Worms in 1523, he said, "I am refuted and convicted by testimonies of the Scriptures or by clear arguments (since I believe neither the Pope nor the councils alone; it being evident that they have often erred and contradicted themselves), I am conquered by the Holy Scriptures quoted by me, and my conscience is bound in the word of God: I cannot and will not recant anything, since it is unsafe and dangerous to do anything against the conscience. Here I stand. I cannot do otherwise. God help me! Amen. Luther (with God as his helper) was now on his own; the Reformation had begun in earnest. He had to leave the church of his youth and life.

Now we move closer to modern times. In June of 1936, the then president of Westminster Theological Seminary in Philadelphia, Dr. J. Gresham Machen (considered by many to be the finest New Testament scholar alive at the time), was deposed (along with some of his supporters) from ministerial office in the Presbyterian Church in the United States of America. 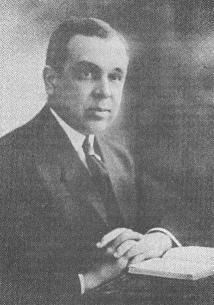 The main disciplinary issue was Machen's formation of the Independent Board for Presbyterian Foreign Missions, which competed with the denominational missions program and emphasized preaching and teaching the Word of God rather than doing social work. Also, many ministers in the denomination no longer held to the full authority of Scripture, and liberalism dominated its leadership and its seminaries.

For the many other Bible-believing pastors at that time, to leave a denomination that they had belonged to all their lives was a very serious matter. It was also a financially precarious step, especially in the middle of the Great Depression. Yet, Dr. Machen had no choice: he was without a church and on his own.

Shortly after Dr. Machen and the others were disciplined, they and their supporters established a new denomination to continue the teachings and practices that the Presbyterian Church in the U.S.A. was departing from, which is now called the Orthodox Presbyterian Church. Dr. Machen was elected the moderator of its first General Assembly in 1936. Yet, only a year later, Dr. Machen died from pneumonia while traveling across the country to enlist support for this denomination that would be faithful to the Word of God. And then, in another year, that new denomination split again over doctrinal issues.

During the 1930s and later, painful choices had to be made about leaving one's church.

Pastor Bill Hill, then Director of Presbyterian Evangelistic Fellowship, spoke at that meeting. His topic was "The No-Compromise Man and the No-Compromise Church. Here are some excerpts from Bill Hill's talk that day: "Hardly ever does any man face a decision quite as momentous as we are facing today.... Considering the tragic consequences, but despite such possibilities, leaving everything in God's hands we must make a clear and unfaltering decision that we will not compromise with unbelief and immorality in high places in the church.... The "no-compromise man never in such decisions takes into consideration possible evil consequences to himself. He is bound by the Word of God, as he sees it. He must obey God, not men.... Does the Word of God preach separation from unbelief and apostasy? I cannot say for you, my brothers, but I can say for myself: I will not go on in compromise. I am ashamed that I have gone along as long as I have. The time has come to obey God and not compromise.

So we come back to our original question. When should you walk? When should you say, "Enough is enough; we're leaving this church for good? Now, we are not talking about worshiping at another Reformed church because it is closer and allows your family access throughout the week, versus a long drive limited to one time a week. In such cases, a transfer is often in order.

No, the circumstances in these cases have to do with serious biblical issues that you have tried repeatedly to resolve, without success. An appeal to the session and maybe the presbytery could be in order. Multiple counselors should be employed. The Holy Spirit, not our personalities and preferences, should be clearly leading us. God led Martin Luther, J. Gresham Machen, and Bill Hill painfully (after every human means of appeal had been exhausted) out of the churches they had loved and served for many years. In each case, they had worked tirelessly to reform the church they were in, all to no avail.

We, too, should leave one church for another only with God's clear direction from his Word, the Bible. If not, as when we divorce a spouse, our problems will simply be taken into the next relationship (church), and we will soon find ourselves leaving again over similar issues.

Maybe there are some readers who are thinking about leaving their church for what they believe to be solid reasons. Remember, the example you provide for your family is part of their heritage. If you haven't demonstrated clearly biblical reasons why you must break fellowship with the group of which you are now a part, you are setting a dangerous precedent.

Here are a few questions your family should ask:

In the final analysis, we should be loath to break fellowship. We must be able to say clearly (as Luther, Machen, and Hill did) that we left because we had to obey God rather than man—a serious decision indeed!

Mr. Winsted is an elder at Redeemer OPC in Atlanta, Georgia. Reprinted from New Horizons, February 2000.