Most folks in the United States don't go to church. Forty percent never attend church at all, and more people were not in a worship service on the last Lord's day than were. For tens of millions of our countrymen, Sunday is a day to sleep in, have a continental brunch at a restaurant, and then settle in for an afternoon of football and beer. Church services are considered boring, irrelevant, and worth neither the effort nor the cost.

Now, if Christianity were purely an individual matter, if there were no fourth commandment, and if God hadn't given any instruction regarding church attendance, then the behavior described above might be OK. But Christians are not isolated individuals who just happen to share a common destiny. Rather, they are the body of Christ. Furthermore, the Sabbath commandment, which sets apart one day in every seven as a day of rest and worship, is still binding. And, the Bible does have something to say about church attendance: Read more

Why Go to Church?

I recently sent the following letter to my sister, who, although professing to be a believer, has decided that there is no need for her to go to church.

I had completed the education classes to join this new church. Meeting with the elders was the next step in the process. I had finally adjusted to the fact that I could sit with the pastor and two ruling elders and profess my faith before them.

Then I learned that there would be four ruling elders, not two. My heart went into panic mode. The way I saw it, I would have to sit in a room with five men, who would judge my credibility as a Christian woman. I had three days to think about this meeting. At work, I talked with several people about it. It was light talk, just words disconnected from my true feelings. We even laughed about it. Read more

Have you ever been suddenly surprised and saddened to hear that a particular family or individual has left your church for no apparent reason? Maybe on the previous Lord's day you were celebrating the Lord's Supper with them, and now they have gone and are "not coming back. The situation is painful and confusing. And, more times then not, it could have been resolved if the biblical means of restoration or confrontation had been used. But now you hear that "it's too late, and you never have fellowship with that family again.

One of the obvious outcomes of the Protestant Reformation in the sixteenth century was the formation of a new church. Martin Luther had to leave the church of his life, the church to which he had made sacred vows. But he had no options, for the Pope had excommunicated him, and the Roman Church considered him a heretic. Read more

Some time ago I got hold of a very interesting paperback, with the title War in the Pews. Its subtitle: A Foxhole Guide to Survive Church Conflicts. Its 170 pages are littered with stories of strife in the church, but also present valuable suggestions on how to solve them God's way. 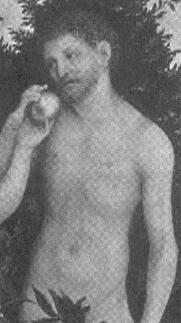 It's fascinating reading. Let me give you a true story of an incident, which almost caused a rift in a congregation. It is about "the battle of a belly button. We all have one, you know that! Read more

We know that people were created primarily to exalt or glorify God the Creator. With the entrance of sin into this world, through the fall of Adam, our ability and desire solely to magnify God has ended. In order to regain that ability and to correct the awful course of sin in the soul and creation, God purposed a plan of salvation through his Son, Jesus Christ.

Through the course of redeeming us, God has exalted his love (grace), power, and justice to new heights of beauty. Regeneration is the work of God's Holy Spirit in the soul of humans, enabling us to see our sinfulness and peril, and to behold the beauty of the Savior so that we can truly praise and worship him again. Read more