The Incarnation in the Gospels 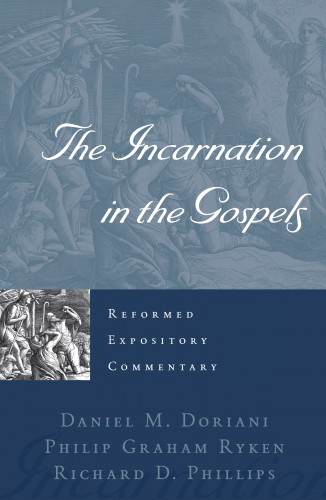 The Incarnation in the Gospels

Three of the editors of the Reformed Expository Commentary series from P&R Publishing have joined forces to write The Incarnation in the Gospels. Here are twelve expository messages (four sermons by each of the three pastor-scholars) on the incarnation of Jesus Christ as Matthew, Luke, and John present it. Each of the three writers has published or is publishing a commentary in this series on one of the gospels (Doriani on Matthew, Ryken on Luke, and Phillips on John). They show how to move from commentary on a passage to exposition of it.

While the authors see their book as a resource particularly for pastors and teachers (p. ix), it is readily accessible to any Christian who is "hungering and thirsting" to hear more about the Savior. Here are the stories of Jesus' birth, brought out clearly and to invoke praise and wonder at a God whose humiliation involved "being born, and that in a low condition" (Shorter Catechism, 27). Material that is well-known to Christians is freshly unfolded with an eye to the glory of God. By including John's prologue (John 1:1-18), the volume warrants the title "The Incarnation," rather than "The Nativity."

The distinctive emphases of the three gospel accounts are matched by the distinctive expository styles of the three preachers. They are well versed in the biblical material, yet the text itself, not their scholarship, comes through. As with any series of sermons, some are stronger than others, but the overall impression is of men devoted to ministering the Word of God for the edification of God's people. There is in each message a conviction of the truth and glory of the Incarnation, a clear sense of how the text fits in the flow of biblical revelation, a desire to communicate vividly through appropriate illustrations, and an addressing of the hearts of the hearers with questions and challenges.

When speaking about the Incarnation, a preacher cannot help but be Christ centered, but these expositions are gospel centered as well. The authors want their readers not simply to know more about Christ, but also to believe in Christ as Savior. Reformed exposition should always have that gospel centeredness, since Jesus Christ is the great subject of God's revelation in Scripture, with the end of saving God's people in view.

Those in Reformed circles who question the appropriateness of observing Christ's nativity may initially be put off by the (infrequent) mention of Christmas in the messages themselves or, more likely, by the four appendixes, which provide helps in making the celebration of Christ's birth truly about Christ and not about sentiment or tradition. Do not miss, however, the richness of exposition here, which brings our salvation so clearly into view. While the appendixes vary in usefulness, Mark L. Dalbey's essay, "God-Centered Worship Connected to Christ's Nativity," is especially helpful for the resources provided for planning worship services.

In the "Series Introduction" (pp. vii–viii), four controlling purposes for this set of commentaries are listed: to be biblical, doctrinal, redemptive-historical, and practical. Sermons must also be solidly biblical, helpfully doctrinal, richly redemptive-historical, and winsomely practical. These qualities are quite evident in The Incarnation in the Gospels.