The Future of Justification: A Response to N. T. Wright 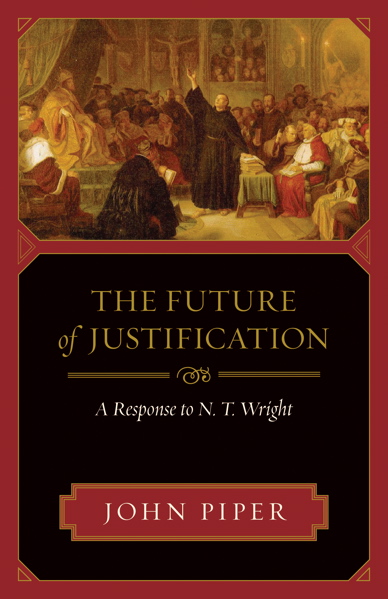 The Future of Justification: A Response to N. T. Wright

The fixation of Luther—and Protestantism—on the question of how a sinner might attain favor with a holy God (that is, be justified) has wrongly dominated our reading of Paul. Or so the New Perspective on Paul (NPP) tells us. N. T. Wright, now bishop of Durham in the Church of England, is the most widely known and read partisan of the NPP. Any treatment of the NPP must reckon with Wright, and that is ably done in this book by John Piper.

Piper is at his very best in this book, in which he engages Wright's doctrine of justification. He addresses such issues as the definition of righteousness, imputation, and future justification with admirable clarity. Piper was so irenic in his approach to this subject that he vetted the book before a number of critics and sympathizers, including Wright himself, who wrote an 11,000-word response that Piper took into account in his final version of the book.

While nothing can ultimately keep one who is determined to claim that he has been misunderstood from doing so, Piper has made every effort in this book rightly to understand and properly to respond to Wright. He has, in this reviewer's opinion, succeeded. One complicating factor should be noted: Piper, a Baptist, is not covenantal. This does not fatally mar this book, however, because those who are confessional and covenantal can find much more agreement on this issue with Piper than with Wright.

The introduction sets forth the kinds of questions that Wright's treatment of justification has prompted. These questions are answered in Piper's ten chapters and in his conclusion. There are eight of these questions, and they are actually statements made by Wright, both in lectures and in writing, that Piper has turned into questions (in a kind of "Oh, is that really so?" format). From our confessional standpoint, these questions are clearly troubling (pp. 18–23):

1. The gospel is not about how to get saved?

2. Justification is not how you become a Christian?

3. Justification is not the gospel?

4. We are not justified by believing in justification?

5. The imputation of God's righteousness makes no sense at all?

6. Future justification is on the basis of the complete life lived?

7. First-century Judaism had nothing of self-righteousness and boastful legalism?

8. God's righteousness is the same as his covenantal faithfulness?

As Piper treats these questions in the chapters that follow, he shows that, while Wright's views on justification may contain some valuable insights, they also have serious deficiencies from the point of view of classical Protestantism. Piper ends his work with six appendixes that "give windows into [Piper's] wider understanding of justification and related exegetical issues" (p. 189). These are quite helpful, as they include specific treatment of some of the key passages relating to justification from Romans, Galatians, and Hebrews.

Piper's work merits examination by those who claim Wright to be sound on justification, and by any who want a good defense and explication, exegetical as well as theological, of the Reformed doctrine of justification.