The Gospel-Driven Life: Being Good News People in a Bad News World 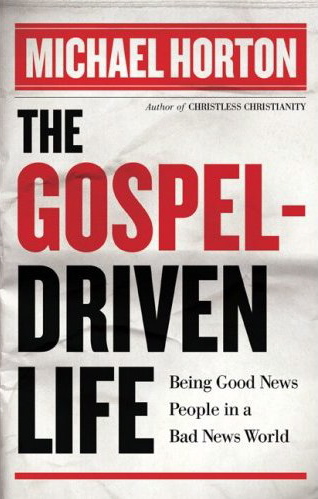 The Gospel-Driven Life: Being Good News People in a Bad News World

Michael Horton has written a book about news. His goal of "reorienting Christian faith and practice toward the gospel" succeeds by emphasizing the newsworthiness of the gospel. The book is divided into ten chapters: the first six deal with "the breaking news from heaven," while the others are concerned with "the kind of community that this gospel generates in the world." The author is at his best in explaining the gospel by way of contrast. He convincingly shows that the law is not news, but what we already know as bearers of God's image.

What makes this book so intriguing, however, is how he works this principle into the theme of news. Horton sees God as the headliner and his faithless people as the supporting cast. He skillfully unpacks the redemptive-historical struggle of covenant making and covenant breaking that culminates in a trial where the judge becomes the judged. How does this affect the acquitted? According to Horton, it brings about awareness from the outside. "Repentance means I give up my script; I stop pretending that I can write the story of my life. Through faith in Christ, I become a character in God's story, part of the new creation."

From the message, the author moves on to the method, arguing persuasively that both need to be biblically driven. Here Horton tells us that "the gospel not only tells us about a gracious God; its proclamation is the place where this gracious God finds and forgives us." He also reminds us that we are not newsmakers but reporters. The gospel is never about us. Not our charisma or changed lives, but his sacrificed life is what matters. These themes are reinforced through a number of effective illustrations, especially the 1945 Life Magazine picture of strangers embracing after hearing the news of victory in Europe.

The book, however, is not without its weaknesses. One formal quibble is that it ends rather abruptly and could have benefitted from a conclusion. Another is the use of too many subheadings, some with less-than-obvious connections to their content. For example, "God's Agenda for a New World Order: Different Politics for Different Kingdoms" yields a discussion on the frequency of the Lord's Supper. Chapter Seven, "News of War and Peace: God's Politics for a New Creation," seems peripheral and could have been relegated to an appendix. Finally, a book rich in exegetical insights could have offered a scriptural index.

Nevertheless, these are minor criticisms, compared to the strengths of the book. The Gospel-Driven Life succeeds in presenting the gospel in a fresh way, while correcting some misconceptions. The author's writing style is clear and incisive. The content is rich and varied enough for a variety of readers. Therefore, I recommend this book to the readers of New Horizons.