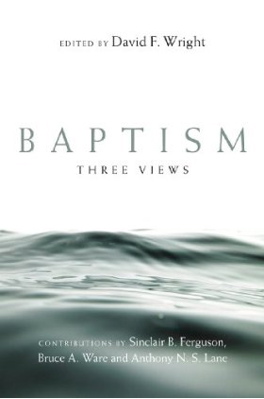 In this book, three evangelical theologians debate the subject of infant baptism. They all agree that the theology and practice of the church must be in accordance with Scripture. Therefore, each one seeks to defend his view on the basis of Scripture.

The primary question is whether infant baptism has biblical warrant. If it cannot be justified biblically, then it has no divine authority and should be rejected as a human invention.

Bruce Ware defends the view known as credobaptism: only those who believe in Christ should be baptized. Sinclair Ferguson defends paedobaptism: baptism should be given to believers and their children/infants. Anthony Lane argues for a middle position, "the dual-practice view," which recognizes both paedobaptism and credobaptism as legitimate options for those born into a Christian home.

Ware and Ferguson also agree that there is only one covenant throughout redemptive history, but they disagree on who belongs to the covenant. Ware argues that the old covenant included both believers and unbelievers, because it incorporated people at two levels, one ethnic and the other spiritual. By contrast, the new covenant does not have an ethnic character. It includes believers only. Circumcision, Ware says, was a sign of membership on the ethnic level, and it does not correspond to baptism, which is only given to believers. Therefore, the children of Christians do not even have the same status as children of the Jews in the old covenant.

Ironically, Lane (who recognizes the legitimacy of infant baptism) rejects a covenantal understanding of the sacrament. After an excellent historical analysis of baptism in the early church, he uses what he calls "a seismological approach" to commend the dual-practice view.

One contributor rightly observes, "The three thousand converts at the day of Pentecost must have had many children of every age. Whether or not to baptize babies was an issue that had to be decided that day." If a decision was made that day, then the question was apparently settled, for there is no indication in the New Testament that infant baptism was ever a disputed issue. Furthermore, as Lane demonstrates, there is no indication in the early church that infant baptism was ever rejected on principle. Rather, the claim that it was handed down from the apostles is undisputed.

Baptism: Three Views is a good place for one to begin a study on infant baptism. It clearly demonstrates how the practice of infant baptism is connected to our theology of baptism, as well as our covenant theology more broadly.