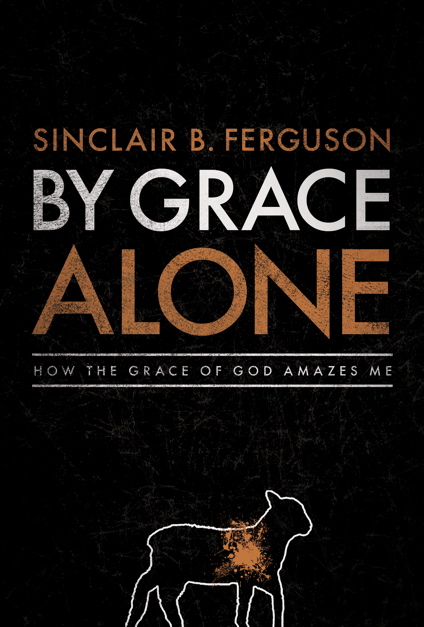 Sinclair Ferguson, the author of this book, lives a double life. He is both the pastor of First Presbyterian Church in Columbia, South Carolina, and a professor of systematic theology at a number of seminaries in the United States. That is why this book is so clear and useful to believers living out of the grace of God.

The book consists of seven chapters that follow the outline of a hymn written by African pastor Emmanuel T. Sibomana, "O How the Grace of God Amazes Me." Ferguson seeks to make us once again amazed by the grace of God. The chapters are: "My Chains Fell Off," "Unconditional Love," "At God's Expense," "A Great Exchange," "Guaranteed Security," "Delivered from Evil," and "True Freedom."

Again and again, with pastoral precision, Ferguson shows us what we were before God's grace was given to us in Christ and what we have become and have in our possession now that we have been saved by his grace in Christ. We were in bondage to sin, but now we are free in Christ. We were prodigals in the far country of death in sin and trapped in the bondage of legalism, but now we have the unconditional love of the Father, who sent Jesus to deliver us from both. We were justly charged with sin against God's holy law, but Christ became sin for us, so that now we are counted righteous before God in Christ—no longer guilty, but innocent at Christ's expense. We were guilty of sin and under God's condemnation, but now, by faith in Christ, we are under his protection from condemnation. We were misled by Satan's distortions of what God is like because of the bad things that happen to us, but now, by trusting in Jesus, we are helped to know what he is like and how to cope with the bad things. Finally, we were under sin's dominion, but we have now been set free by dying with Jesus to sin and rising with him, so that we are able to live a new life.

This book is a companion to his previous one, In Christ Alone, and, like that book, it directs us to make Christ and his finished work of redemption by God's grace central to our thinking. The language of By Grace Alone is simple and direct. The good doctor of theology has the gift of making complex theological themes simple and useful. This is a book that any Christian should find a joy to read and reread.