Scandalous: The Cross and Resurrection of Jesus 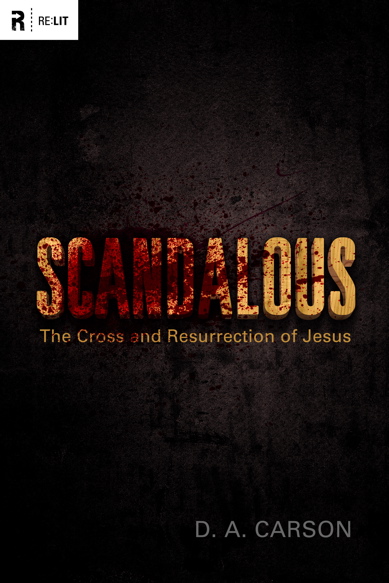 Scandalous: The Cross and Resurrection of Jesus

Reviewed by: Everett A. Henes

Scandalous: The Cross and Resurrection of Jesus, by D. A. Carson. Published by Crossway Books, 2010. Paperback, 176 pages, list price $15.99. Reviewed by OP pastor Everett A. Henes.

Scandalous is a collection of talks that D. A. Carson gave at a 2008 conference. He draws the reader in as he engages key biblical texts pertaining to the crucifixion and its effects. He does this not only from a scholarly perspective, but also from a pastoral and personal one.

First comes "The Ironies of the Cross," based on Matthew 27:27–51. Four ironies are considered: The man who is mocked as king is king. The man who is utterly powerless is powerful. The man who can't save himself saves others. The man who cries out in despair trusts God. These ironies drive home the message of Christ's humiliation and exaltation. For the Son of God to be treated thus is, indeed, scandalous.

Second is "The Center of the Whole Bible," Romans 3:21–26. Carson does a wonderful job of putting these verses into their context in Romans, explaining Paul's argument beginning in 1:18. The wrath of God is poured out on all men, and their only hope is the propitiation of that wrath that comes in 3:24–25.

Third, he examines Revelation 12 and focuses on "The Strange Triumph of a Slaughtered Lamb." In some countries, the church is persecuted, while in others (like our own) it is left alone to the point where materialism impacts it greatly. In all cases, though, it is the wounded dragon, Satan, who is attacking the church. We must remember that, in God's perspective, he is a defeated foe, and thus his doom is sure.

Fourth, Carson examines John 11 in "A Miracle Full of Surprises." He considers how Jesus allows Lazarus to die so that the glory of God might be clear. Jesus confronts death in outrage (being moved deeply), in sorrow (weeping), and, ultimately, by overcoming it (raising Lazarus to life). The reader is pointed forward to the crucifixion. Jesus will be brutally killed, but he will overcome death through his resurrection from the dead.

Fifth, in "Doubting the Resurrection of Jesus," Carson examines Thomas's doubt that ends in the declaration that Jesus is his Lord and his God. The story of Thomas serves as one of the testimonies of John's gospel to his readers, so that they may believe in Jesus. The purpose of this account, Carson argues, is to add the testimony of a skeptic to the rest of the testimony concerning Christ.

Carson's work is an enjoyable and quick read, with captivating introductions, clear exegesis, and convicting conclusions. As you read through this little book, you will be reminded of the scandal of the cross and, by implication, the scandal of your salvation through the cross. Carson reminds us that we can have eternal life only because Christ was humiliated and crucified.