Delighting in the Trinity: An Introduction to Christianity 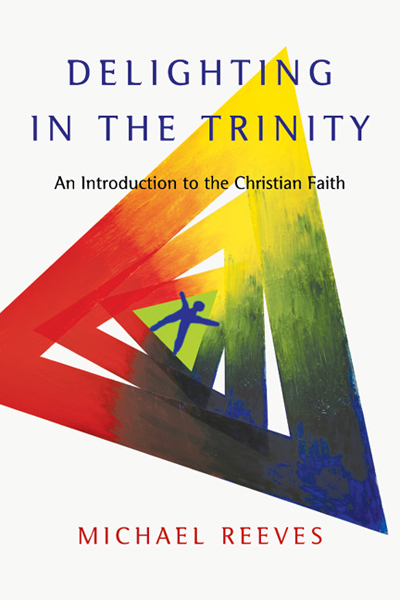 Delighting in the Trinity: An Introduction to Christianity

Reeves argues that the Trinity is what transforms Christianity from one of a multitude of religions into the religion of truth and beauty. He notes deficient views of the Trinity and discounts bad analogies that have been used to describe it. At stake is an understanding of the relationship between God and the world. In this vein, Reeves makes frequent references to Islam and other monistic religions in which love is a later addition to the nature of God and therefore easily dispensed with.

The opening chapter explains how the doctrine of the Trinity impacts our understanding of creation, sin, and salvation. Reeves then moves to the practical implications of the Trinity for the Christian life. He says that without the Trinity one has only a "stripped down salvation" consisting "of the watery gruel of religion. Instead of a loving Father, a distant potentate; instead of fellowship, contract. Far from theological clutter, God's being Father, Son and Spirit is just what makes the Christian life beautiful" (p. 102).

In the next chapter, on the incomparability of God, Reeves notes that in the last two centuries there has been a (causative?) correlation between the decline in the church's proclamation and affirmation of the Trinity and an increase in atheism. Reeves notes that this growth of atheism is mostly a rejection of a monistic or modalistic god. When one insists on a "modalistic" god, whether Aristotle's Unmoved Mover or Thor, mercy and love are not his attributes, and thus one is left with a "Stalin in the Sky." Reeves then demonstrates how the Trinity transforms such concepts as holiness and glory from terrifying, repellent doctrines to winsome attributes that draw the Christian to love and fellowship with the Father. Only the Trinity delivers one from despair.

Delighting in the Trinity is a great read. It does speak of "mere" Trinitarianism (pp. 37–38), but that is not necessarily a demerit. This book would be useful for working with non-Christians seeking to understand Christianity. It would also serve the Christian who wants a better understanding of why the Trinity was not the invention of "bored monks on rainy afternoons" (p. 12). Rather, as the Athanasian Creed states, "Whosoever will be saved, before all things it is necessary he believe" in the Trinity.