The Theology of the Westminster Standards: Historical Context and Theological Insights 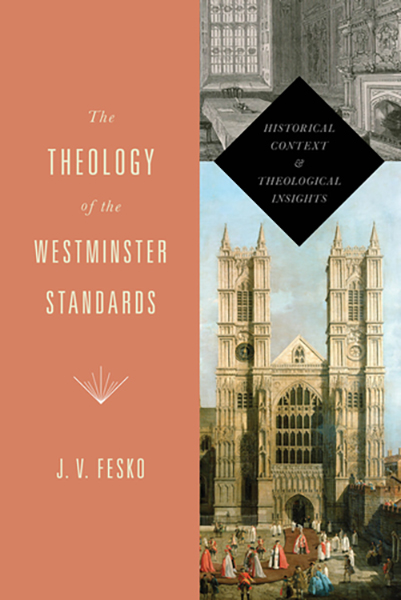 The Theology of the Westminster Standards: Historical Context and Theological Insights

Our understanding of the Westminster Assembly has been greatly extended in recent years by Chad Van Dixhoorn's edition of the Assembly's minutes and papers (2004, 2012), Muller and Ward on Scripture and worship (2007), Letham (2009), Van Dixhoorn's commentary on the Confession (2014), and the explosion of Internet access to early modern printed books. Ministers and others leading classes on the Westminster Standards cannot ignore this development if they want to place them in context and teach them accurately.

Now we have Fesko to thank for a thorough treatment of the wider theological context of the Assembly as it impacts these documents. Drawing on a copious reservoir of writings of Reformed theologians, as well as Assembly members and contemporaries, he provides a rich context for the Confession, catechisms, and directories. Fesko's scholarship is impressive, and his judgments are judicious. The level may be beyond the reach of many church members, but those who teach and preach should use it and will benefit from it.

There are many excellent insights, too many to mention here. I found of particular interest Fesko's persuasive argument on whether the Assembly intended the Confession to set forth a particular view on the role of the active obedience of Christ in justification or leave it ambiguous, so as to accommodate those who differed (pp. 209–28).

Fesko repeatedly and correctly stresses the diversity of views on most theological topics, which are clearly expressed in the minutes and are represented in the background literature. From this, his remarks about the nature of confessions and the task of the Assembly should be read and pondered widely. Within what were considered to be acceptable bounds of Reformed doctrine, a wider range of views was permitted than many today might suppose. In short, the Assembly represented the variegated nature of Reformed theology at the time and was not a rigid or exclusive body.

Fesko is not as clear to my mind on the relationship between baptism and regeneration (pp. 316–19). WCF 28.1 brings the two into connection, as do comments in the debate, but he makes no reference to this. He cites Assembly member Daniel Featley on justification, but ignores his 1626 work on the subject and misses Cornelius Burgess's 1629 book on the baptismal regeneration of elect infants—an idea that was poles apart from the ex opere operato Roman Catholic doctrine.

Finally, Fesko smuggles in the currently popular two-kingdom idea when discussing the church and the civil magistrate (pp. 302–14). He relies heavily on George Gillespie, a Scottish commissioner to the Assembly (but not a member of it), who claimed that the incarnate Christ is mediator and head of the church, but king over creation as the eternal Son in the Trinity. However, Matthew 28:16–20, Hebrews 1:1–4, and Revelation 1:5–6 and 5:1ff. indicate that it is Christ as risen from the dead who is the ruler of the kings on earth, and who, as the Lamb that was slain, opens the seals and governs the history of the world. Following Gillespie, Fesko says that Christ's mediatorial kingdom is to end, in contrast to the Nicene Creed's affirmation that the kingdom of the crucified, risen, and ascended Son shall have no end. There are wider Christological questions here; we cannot divide the person of Christ. Moreover, Fesko ignores Gillespie's commitment to establishment and the Christian commonwealth, and does not cite a single Assembly member in support of his view.

That apart, this is a contribution of great value, for which we stand in Fesko's debt.