The Promises of God: Discovering the One Who Keeps His Word 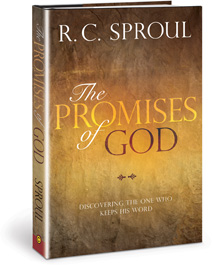 The Promises of God: Discovering the One Who Keeps His Word

The Promises of God, by R.C. Sproul, is an introductory study of the covenants. Each chapter includes a study guide summarizing the main points, study questions, and related readings in Robertson's Christ of the Covenants and Vos's Biblical Theology.

Three weaknesses need to be noted. First, in chapter 3, Sproul's discussion of interpreting mandates of Scripture as cultural issues seems to have been randomly inserted. A second weakness in that chapter is his use of head coverings as an example of interpreting mandates as cultural concerns. He fails to note that the creation mandate was male headship in the home, not women's head coverings. A third weakness is his handling of Abraham's justification. Sproul states that Abraham's faith was "faith in the promise" (p. 120). However, God gave revelation "sufficient to build up the elect in faith in the promised Messiah" (LC 34). Justification is never received through faith in a vague idea, but faith in a person.

The Abrahamic covenant covers justification, the full dependence on God to fulfill the covenant, and the sign of the covenant. The events of Genesis 15 show that God takes on the responsibility of fulfilling the covenant. Circumcision is tied in with baptism, in that both are "signs of cleansing" (p. 141).

In the Mosaic covenant, Moses "anticipates the ministry of Jesus himself" (p. 155), especially as a mediator. The author points out that the exodus preceded the giving of the law, showing that the Decalogue was given to be a rule of life for people already in a covenant relationship, while at the same time serving the redemptive purpose of revealing sin and driving people to Christ. The "ceremonial law" contains types and shadows, which serve this end. The Davidic covenant prepares us for Christ, who is the anointed son of David. The new covenant fulfills all the former covenants as the "covenant of completion, the covenant of consummation" (p. 213).