Christ and Covenant Theology: Essays on Election, Republication, and the Covenants 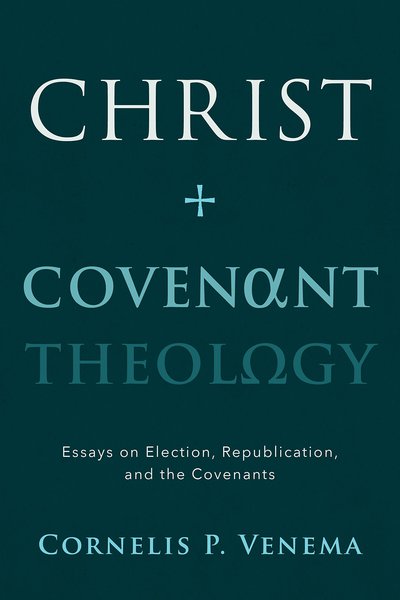 Christ and Covenant Theology: Essays on Election, Republication, and the Covenants

As the subtitle suggests, this new book by Cornelis Venema, president of Mid-America Reformed Seminary, is not an overview of covenant theology but a collection of previously published essays related to covenant theology. Most of the essays have been significantly revised and focus on issues that have been at the center of substantial debate and controversy among Reformed churches in North America for the past two decades.

The book is divided into three sections. The topic of the first section is bi-covenantalism: the position that there are two general covenants between God and human beings, a pre-Fall covenant of works and a post-Fall covenant of grace. In the first chapter, Venema defends the covenant of works in light of recent criticisms. In the last two chapters, Venema provides a careful evaluation and critique of the doctrine of republication (the idea that the Mosaic covenant is in some sense a covenant of works) as it is espoused in the 2009 book of collected essays The Law Is Not of Faith.

This section will be of particular interest to readers of New Horizons for a number of reasons. First, Venema aptly defends the teaching of the Westminster Standards on the covenant of works. Second, Venema interacts with a number of past and present members of the OPC, including John Murray, Meredith Kline, David VanDrunen, Bryan Estelle, and John Fesko. Third, he skillfully guides the reader through the issue of republication, which, due to its controversial nature in the OPC, was the topic of a recent general assembly committee study report.

The second section of the book deals with the relationship between covenant and election. This is a very important issue in covenant theology and failure to understand it properly results in a number of problems. In fact, as he argues later in the book, several errors of what is known as Federal Vision theology stem from improperly relating covenant to election. Although the chapters in this section are mostly historical in nature (studies on Bavinck and the Canons of Dort), they are quite helpful in thinking through various issues pertaining to this topic, including the salvation of the children of believers who die in infancy. The last chapter in this section does a terrific job of demonstrating how covenant theology supports paedobaptism.

The third section of the book focuses on recent controversies. The first three chapters are a critical evaluation of the Federal Vision against the background of the Three Forms of Unity. The final chapter is a critique of N. T. Wright’s interpretation of Romans 5:12–21.

In the introduction, Venema states that his aim in the individual chapters and in the book as a whole was “to defend what might be termed a consensus opinion on these issues.” This reviewer, at least, believes that he has achieved his aim. He defends the consensus opinion on the covenant of works, the Mosaic covenant, the relationship between election and covenant, justification, the law, and salvation.