Love Thy Body: Answering Hard Questions about Life and Sexuality 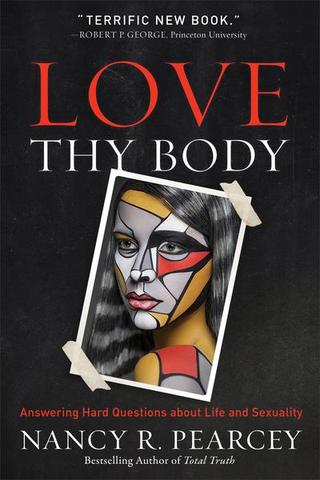 Love Thy Body: Answering Hard Questions about Life and Sexuality

Reviewed by: Charles B. Williams

Nancy Pearcey contends that abortion, euthanasia, hookup culture, homosexuality, gender ideology, and modern notions of marriage hold one thing in common: each stems from a common worldview that denigrates the body—a worldview she labels “personhood theory.”

According to Pearcey, the Enlightenment redefined morality. Instead of upholding virtue as an objective external truth to which mankind must conform, modernity disregarded it as the subjective opinions of private individuals. By severing facts from values, modernity became a moral wasteland. After two world wars, however, our postmodern society now seeks to impose a new set of values onto all of society, by redefining morality after its own corrupted image. One consequence has been the redefinition of personhood, where the notion of “person” (value) is severed from the body (fact). Personhood theory replaces biology (who I have been created to be) with psychology (how I feel or think) as the basis for human identity. As a result, the world does not see the body as integral to personal identity, because the authentic self is no longer seen in the created self.

The grand irony is that personhood theory has led to a gross depersonalization: in exchanging loving marriages for pornography and families for social contracts, we have exchanged the truth of God for a lie. Pearcey not only demonstrates how and why our present society denigrates the body, but how Christianity offers a better alternative. Pearcey reminds us that we have lost a “teleological” understanding of creation. In other words, we were created, both body and soul, for a purpose (telos)—the glory of God. Any true morality of the body, then, must be seen in light of this biblical teleology.

This book has its flaws, however. Although she situates humanity within a threefold grid of creation-fall-redemption (45), Pearcey fails to accent the importance of the consummation as a distinct category. That is not to say she denies the future resurrection, but she does take some rather frustrating cues from N. T. Wright. At one point, for instance, she scolds a pastor who preached a sermon on heaven as being implicitly gnostic (41).

Furthermore, although her fact/value distinction provides a (mostly) helpful grid for assessing this somatic revolution, it is no silver bullet. Pearcey’s methodology is overly simplistic. Love Thy Body presents a history of “big ideas” severed from their historical contexts in such a way that reduces these ideas to caricature. Laymen could walk away thinking that Platonism, Cartesianism, Kantianism, and postmodernism are identical philosophies.

She also grounds complementarity within the inter-Trinitarian relations of the Godhead (156, 249, 257, 260). For a work designed to uphold the biblical view of both body and marriage, this is no small problem. Marriage emphatically does not image the Father’s relationship to the Son. Marriage images the Son’s relationship to the church (Eph. 5:25–33). Pearcey also endorses Wesley Hill’s rather troubling spiritual friendship thesis (178, endnote 49).

Seventy-five years ago C. S. Lewis warned that society was primed to make men without chests. Now, it seems, we have made men without bodies. Love Thy Body provides a valuable aid to help the layman critically engage personhood theory and stand up for objective truth.