Redeeming the Life of the Mind: Essays in Honor of Vern Poythress 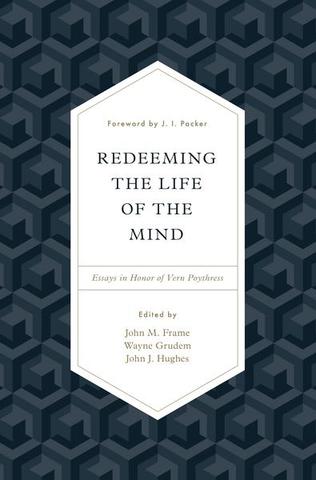 Redeeming the Life of the Mind: Essays in Honor of Vern Poythress

Three things cause madness, four things despair: violence, oppression, injustice, and a Festschrift book review. Any attempt at doing justice to all the essays in a short review is doomed to failure, but I will do my best to provide a few comments on the work as a whole and some of its articles in particular.

The editors, each a contributor as well, arranged the selection in six parts, headed by rather personal pieces by Poythress’s children, Ransom and Justin. The opening articles have testimonial character providing the reader with first-hand evidence of the godly life that Poythress is known and loved for. All of us may be born as liars, but there is no better testimony to a man’s character than the word of his own children.

Subsequent parts of the book—”Exegesis,” “Doctrine of the Trinity,” “Worldview,” “History,” and “Ethics”—become decidedly more technical, and Beale’s article on the New Testament background of ecclesia sets the signal. It argues against a Greco-Roman background of the word “church” as a civic gathering in order to affirm its rootedness in the Old Testament concept of the holy assembly of God’s people.

The exegetical essays by Crowe, Cara, Duguid, Tipton, and Gaffin are, on the whole, well balanced, with the last of them (the eschatological future of creation seen through the lens of Vos’s Reformed Dogmatics, vol. 5) taking a more or less long-held, middle-of-the-road position on the tension between re-creation and radical transformation. Gaffin concludes, “We do not [know what the enjoyment of God’s world will be like], if for no other reason because we lack any adequate comprehension of the new world itself.”

The articles on the doctrine of the Trinity and worldview have been the most rewarding for me. Hibbs’s exposé of “Language and Trinity” is closely aligned with fine insights from Genesis 11, the confusion of language at Babel. Frame’s piece on “Presuppositionalism and Perspectivalism” explores the interdependence of ultimate values or divine norms and subjective experience. Norms are prerequisite to understanding experience while subjectivity (in theory) offers a true perspective on God’s truth. Subjectivity, as God designed it, is no impediment to knowledge but a necessary corollary of being made in his image. Trueman’s analysis of Sophocles’s Antigone is perhaps the most culturally relevant essay of the collection. It reveals, on the one hand, how our perception of family, history, and the dead has been eroded, and on the other, how Sophocles’s tragedy offers some inspiring vistas, anticipating (to some extent) a counter-cultural Christian perspective on these three ideas.

The collection closes with contributions of Grudem and Hughes. Grudem’s article on the problem of an “Impossible Moral Conflict” as argued by Norman Geisler and John and Paul Feinberg (though their views are not identical) is a useful reminder to us Christians drowning in a sea of relativity. I do believe, however, that a brief synopsis of the differences between verbal lies and deceptive actions would have been in order. Grudem provides references for further study, but of all the cases cited in the essay, Rahab seems the gnarliest of the lot. To leave the reader without the necessary tools to understand the differentiation is regrettable. Hughes’s perspectives on the kingdom of God are a gold mine of Christian ethics based on Romans 14:17, using the triadic perspectives of norm, situation, and existence (existential experience) as a helpful grid to elucidate the significance of “righteousness and peace and joy in the Holy Spirit.”

All in all, the Festschrift reflects some of the wide range of Poythress’s exceptional scholarship, at times stimulating and truly inspiring, but always as I imagine the honoree would want it to be: pointing away from the man to our Savior and God.