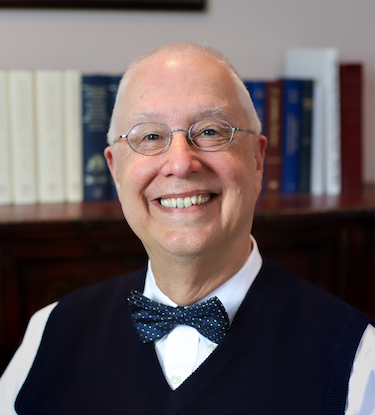 Pastors are called to faithfully preach God’s Word, pray, administer the sacraments, and, along with ruling elders, govern and discipline the church. A clear understanding of the biblical principles of apologetics also is vital. One way for ministers, licentiates, men under care of a presbytery, and ruling elders to hone those skills is to take one of three courses offered this spring by the Ministerial Training Institute of the Orthodox Presbyterian Church (MTIOPC): Book of Discipline, Form of Government, and Defending the Faith.

The OPC’s Book of Discipline

MTIOPC director Danny Olinger believes that it is “all-important” for men seeking to serve or already serving in church to know the OPC’s Book of Discipline and its Form of Government. “We believe that a proper mark of a true church is the faithful administration of church discipline,” he said.

Book of Discipline’s new instructor, Mark Bube, is well known as the general secretary of the Committee on Foreign Missions. “Mark’s years of active service as a ruling elder in the courts of the church bring unmatched experience,” said Olinger. “Regularly over the past thirty-five years, he has been a commissioner at the general assembly, the body that hears appeals. He also served multiple times as the parliamentarian of general assembly.”

Bube, who grew up in the OPC, was ordained a ruling elder in 1983 while working as an estate tax lawyer for the IRS. Soon he was elected to the general assembly’s Committee on Coordination and as moderator of the Presbytery of the Northwest. The Fifty-Eighth (1988) General Assembly elected him as moderator, and then in 1991 he was called to serve as Foreign Mission’s general secretary.

More than half a dozen general assembly moderators have asked Bube to serve as their parliamentarian. He urges moderators to focus on the big picture and not get caught up in all the details. “When assemblies go down rabbit holes, a wise moderator wants to back off and find something we can all agree on, seek general consent, and move on from there.”

Bube will remind his students: “We’re talking about ministry and not law, shepherding sheep and not winning court cases. The idea in biblical church discipline is not about ‘throwing the book’ in frustration at a wandering sheep, but whenever possible using the facts that are already agreed upon, to begin the process of bringing that sheep back home.”

As Presbyterians, Bube urges ruling and teaching elders to be familiar with the rules that they agreed upon in their ordination vows as they handle church business. In wisdom questions, one should joyfully submit to his brothers’ decisions even if it wasn’t what one thought best, said Bube.

“Biblical church discipline is done in love, not to punish or, even worse, get revenge,” said Bube. “It’s about the honor of Christ and the care of his sheep.”

Bube will discreetly share “real life” experiences, which include discipline locally, regionally, at general assembly, and on the mission field. “Any time a court of the church feels compelled to rely on self-help as opposed to following the process to which we have all agreed upon in the Book of Discipline, we’re in big trouble,” said Bube.

The course will review the development of discipline after Calvin; consider Matthew 18, especially verse 14’s statement that none should perish; look at the reasons for discipline, church jurisdiction, and the foundation for discipline; and show what biblical discipline looks like. Bube will analyze historic OPC cases and draw principles that underlie them, then assess the powers of church courts, and appeals and complaints.

Bube hopes that students will “walk away with shepherds’ hearts and recognize that discipline is done in love and is part of God’s grace.” A better understanding of church discipline allows teaching and ruling elders to be “better under-shepherds, better able to care, and better able to lead the precious ones Christ has entrusted to them.”

The OPC’s Form of Government

As the Rev. Dr. Alan Strange teaches Form of Government, he, too, hopes his students will become better churchmen. A professor of church history at Mid-America Reformed Seminary, Strange will present the church as a spiritual institution that proceeds in a spiritual manner by the means of grace, without concerning itself with purely political matters that aren’t addressed in Scripture and that bring division. The OPC’s Form of Government expresses the principles of Presbyterian government found in Scripture upon which ministers and ruling elders covenant together to base their actions, said Strange.

“We need to know our polity—our processes on how to do everything decently and in order—and we need to abide by our polity. Can you imagine a doctor not knowing the conventions that govern his profession? It’s bizarre that we think it’s ok when someone says, ‘I care about Jesus and the gospel, but the Form of Government is getting in the way.’”

This course seeks to make students better suited to function and serve in their session, presbytery, and general assembly, said Strange. “Our Form of Government inculcates a heart of service, considering one as better than ourselves. It’s not just about our local church. This will make us better churchmen.”

Rev. Dr. William Dennison will show in his course, Defending the Faith, how Cornelius Van Til’s critical analysis helps one research, read, teach, and preach the biblical text. While teaching at Covenant College, Dennison has used presuppositional apologetics in his classes for twenty-eight years. At a time when criticism of Van Til has arisen, Dennison challenges current and future church officers to study what Van Til actually believed. “I am hopeful that students would understand how Van Til is so helpful in working with a structure of a biblically framed apologetic in every aspect of their Christian walk.”

Dennison will consider how Van Til may be used consistently in a congregation’s philosophy of ministry regarding education in the church and in the home, evangelism, outreach, fellowship, hospitality, missions, diaconate, counseling, Form of Government, and Book of Discipline.

These MTIOPC classes begin February 3 and culminate with a mandatory Intensive Training on May 12–14 at Bethel Presbyterian Church in Wheaton, Illinois. Students may apply for a course at https://opc.org/cce/MTI.html.

The author (send her email) is the MTIOPC coordinator.