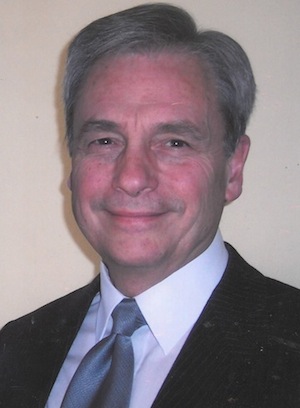 Many years ago, PCA ruling elder Joel Belz, the founder of World Magazine, introduced me to a distinction between what he called “truth preaching” and “gospel preaching.” Truth preaching is a sermon that presents the truth from Scripture, but never takes us to the cross and resurrection of Jesus Christ. Such a sermon may correctly teach a certain doctrine or may carefully exegete a particular text. The sermon may even abound in what the speakers and hearers consider to be relevant application, answering questions about how we are to live in this present evil age, but we never get to Christ.

I once heard a sermon on the office of the ruling elder, his qualifications and his duties, but there was no mention of Christ. On another occasion, I heard a sermon on overcoming depression, in which Elijah was used as the model to be imitated. Again, there was no Christ. I’ve heard sermons on the pursuit of holiness and evangelizing our neighbors that never brought us to the cross and the empty tomb. Everything these men said was true. But they didn’t give the whole truth. In a courtroom, people who take the witness stand are told to tell the truth, the whole truth, and nothing but the truth. The idea is that a true statement combined with a false statement distorts the truth. Likewise, a true statement that leaves out important information distorts the truth. The takeaway from truth preaching may end up being the opposite of the New Testament message and even the opposite of what the preacher intended. If people conclude “I should try harder to be a better ruling elder” or “I should try harder to imitate Elijah,” they miss the point of the new covenant.

Gospel preaching makes sure that people hear the good news in Jesus Christ. The sermon gets to Christ, not as an afterthought, but as an integral part of the message. It gets to what Christ has done for us and what he is continuing to do in us. In other words, to preach the good news of Christ is to preach a union with him that fulfills both dimensions of the new covenant: God will forgive sins, but he will also write his laws upon our hearts (Jer. 31:33–34).

I would say that truth preaching, as honorable and well-intended as it may be, is a problem in the contemporary church. I can think of at least three reasons why.

First, what I’ve called “truth preaching” gives the impression (unintentionally) that all we need for what ails us is more teaching. The whole issue of what Jesus Christ came to do becomes confused. Did he come to teach us or to save us? Now in saying this, I am not denying the prophetic office of Christ. I know Jesus came to teach, but he did more than teach. Teachers can’t save you, but the Savior can teach you.

At this point, the words of OPC minister Richard Gaffin from my student days at Westminster Seminary still ring in my ears: “Either Jesus Christ came to tell us to what we are capable of doing for ourselves, or Jesus Christ came to do for us what we are incapable of doing for ourselves.” Sermons that do not take us to the saving work of the cross and resurrection of Christ leave us with only a teacher.

I once heard PCA minister and Covenant Seminary president Bryan Chapell say that a sermon without the saving work of Christ is not just “a neutral, non-Christian sermon.” Chapell went so far as to say, “It is an anti-Christian sermon.” To elaborate, I would say that all the religions and life-philosophies of the world only present various versions of works righteousness. If people only come away from our messages thinking about their work, rather than Christ’s work, we have confused the whole issue of why he came into the world.

Maybe you will think I’m going too far, but I would say that even believing a doctrine to be true is not the same as hearing that doctrine proclaimed as part of the description of what Christ has done for us. For example, we could expound on the omniscience of God, but we’re not done until we see how this makes him the perfect Judge and the perfect Savior. No secrets are hidden from him, and his promise of forgiveness will never be withdrawn because he didn’t anticipate our latest transgression.

I hope you don’t think I’m setting up an antithesis between truth and good news. The good news is the truth, but it’s like the truth put to music. It stirs. It makes us want to worship. In fact, that’s why preaching is part of worship. When I’m preaching, I want it to be an act of worship for me as well as for the people listening to me. I want it to feel like it’s just a step away from singing.

Does that make sense? Think about it for a moment. What stirs our hearts to song? Isn’t it the truth heard as good news? I don’t know of any hymn that says, “I’ll do better next time, O Lord. I’ll do better.” No, we sing, “Jesus paid it all!” “Amazing grace!” “And can it be?” I’m saying gospel preaching should make people want to sing, because they’ve heard good news.

Second, what I’ve called “truth preaching” will not help people who are stuck in an Old Testament understanding of themselves. By an “Old Testament understanding,” I mean that while the Old Testament commanded the people to love God from the heart, it did not make provision for responding to that greatest commandment. The provision for obedience came in the new covenant, with both the forgiveness of sins and the laws of God written upon the heart. Many today joyfully hear about the forgiveness of sin, but they seem unable to hear about a law upon their hearts. Remember, God told Ezekiel that the point about receiving the new heart and having the Spirit was to “cause you to walk in my statutes” (Ezek. 36:27). Dare I say that despite their professions of faith, some have not yet grasped the new covenant?

And the reason the new covenant has not been grasped in its fullness is because people have not grasped that their union with Christ is a union with the whole Christ, not merely with one or two of his benefits. We receive the One who is the high priest after the order of Melchizedek, which means he is inseparably priest and king. To be in union with Christ is to be bound to his priestly work and his kingly rule. We receive his forgiveness and his rule, justification and sanctification.

Here I like what Calvin said when using the illustration of the sun’s rays. He said the rays come to us as both light and heat. We may distinguish them, but they are inseparable! If I were to elaborate on Calvin’s illustration, I would say the light of Christ comes instantly (justification), but his heat warms us gradually—even gradually changing our appearance (sanctification).

Think of it like this: The exhortations given in Romans 12 were never meant to be abstracted from the larger context, which includes Romans 6. In Romans 12, Paul is exhorting those who have died with Christ and been raised up with him. Romans 12 without Romans 6 is not good news. A sermon should proclaim what Christ has done for us and what Christ is doing in us.

Let me put it this way: The message we preach ought to be the message that is symbolized and sealed in the Lord’s Supper. We remember Christ and what he has done for us on the cross, but we are also fed by him. He is even now at work in us—until he returns on the clouds of heaven. Given the way some people preach the gospel (and the way some people hear it), we could just as easily skip the eating and drinking and just sit there looking at the bread and cup.

Gospel preaching takes us to a genuinely New Testament understanding of ourselves. We have a twofold problem: the guilt of our sin and the continuing power of sin over us. Any diet of preaching that does not address both is not proclaiming the new covenant and is not really good news. We don’t say, “Hey, you are forgiven, but you’ll never change. Deal with it!” We proclaim the forgiveness and power of Christ, which doesn’t have to degenerate into perfectionism (which really only dumbs down sin). We can confidentially proclaim, “You are not as successful today at being a sinner as you used to be!” To me, it’s like traveling from where I live in Asheville, North Carolina, to Newport, Tennessee. The trip is up the mountain, but the road doesn’t go just straight up. Sometimes it goes up, sometimes the road is just level, and sometimes it even goes downhill. You can’t measure your trip by where you are at the moment, but at the end of the day, if you stay on the road, you will get to Newport.

Third, the contemporary church is so conformed to the world that it wants preaching to consist only of worldly advice. As soon as I wrote that last sentence, I winced and wanted to back off. I thought for a while and decided that I can’t. Conformity to the world is not just about socialism and sexuality. It’s about self-centeredness, powerlessness, and blame-shifting. The motto of the world is: “I will serve only if I am being served—only if my needs are being met.” The world says, “You can’t expect me to think about others when I myself am hurting so badly.” Haven’t you heard that in the church? “They are not
meeting my needs, so I won’t stick around to meet theirs.”

Don’t get me wrong. It is very sad if genuine needs are not being met. However, contrast that concern to that of Christ, who said, “The Son of Man came not to be served but to serve” (Matt. 20:28). Surely, the motto of his kingdom in imitation of him is “I will serve, even if I am not being served.” Isn’t that the most radical thing you ever heard? Isn’t that something that requires the supernatural work of the Holy Spirit within a person? Gospel preaching, good news preaching, reminds us that we have the supernatural resource we need for doing what seems impossible.

Surely, the service mind-set of Christ is reproduced in the fruit of the Spirit when Paul places “patience” and “kindness” next to each other in Galatians 5:22. He does the same thing in 1 Corinthians 13:4—“Love is patient and kind.” Patience is makrothumia, hard breathing. Someone is in pain. He is a sufferer. Anyone who suffers for whatever reason is, or will be, turning inward. It’s only natural. But then notice how Paul immediately adds “kindness,” which is directed outward to others. Is Paul not saying that in the power of the Spirit, our individual discomfort is no excuse for self-preoccupation? The pain you inflict on me is no excuse for me not to love you. Imagine not only being forgiven, but also being able to combine patience and kindness because we are in union with Christ. How could we not call that “good news”?

The author is a recently retired minister in the Presbyterian Church in America (and former minister in the OPC). This is the first installment of a three-part series. New Horizonz, October 2015.