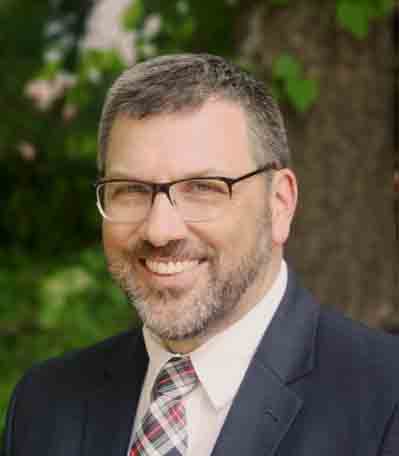 In the culturally turbulent year of 1968, Edmund Clowney, then an Orthodox Presbyterian minister and president of Westminster Theological Seminary, wrote the landmark article, “Toward a Biblical Doctrine of the Church” (Westminster Theological Journal 31, no. 1, November 1968). Over against contemporary Protestant notions that sought to politicize the church—namely through the socializing and secularizing of the church—Clowney maintained that it is only as the church is under the headship of Jesus Christ and the authority of the Word of God that it can be true to its spiritual nature and calling. He believed that in the balance was not only the church’s evangelism, edification, and worship, but also whether the church would stand for apostolicity instead of apostasy, holiness instead of worldliness, unity instead of division, and universality instead of sectarianism.

Socializing of the Church

Clowney observed in the article that a primary trend of the new ecclesiology was the socializing of the church. Rather than proclaiming a personal conception of salvation, the new ecclesiology sought in preaching to redeem oppressive social structures. Adherence to creedal formulations or doctrinaire forms of polity developed by the church in earlier ages curtails social action. If the church is to become relevant in modern times, it must dissolve old barriers and enter into a ministry of conflict, even revolution, with the “powers” of society.

According to Clowney, this socializing tendency of the new ecclesiology had led to a new universalism. Every person is a member of the “New Mankind.” The result is that the church can no longer be distinguished from the world by its salvation, but only by its consciousness that civic, economic, and social freedom brings about the corporate salvation of the world. “Shalom,” in the words of the World Council of Churches, “is a social happening” (25).

Secularizing of the Church

In contrast, the theology of secularization calls the church to abandon the spiritual discipline demanded by the Reformation marks of the church. This is because the marks of the church serve to set the church as a believing and redeemed community over against the world. The result of such a shift is that the modern church, now standing in solidarity with the world, looks to worldly instruments to achieve its goals. A secular church employs secular power, but more, a secular church redefines biblical terms. Evangelism is no longer a personal call to repentance and faith in Jesus Christ. It is now politics.

Where is Christ then to be found in a theology that is secular? He is found where liberation of oppressive structures is taking place. Clowney asked the insightful question, “how then does the Christian differ from the Communist as they together promote revolution?” (28). The answer of secular theology, said Clowney, is that Communism errs because it has a fixed ideology that assigns absolute value to relative ends. According to secular theology, the church’s hope is open-ended with no fixed goal in view. Clowney concluded wryly, “Apparently the complete relativism of the church’s goal is the one safeguard against converting the church directly into a political power structure” (28).

The Biblical Doctrine of the Church

Clowney admitted that there were urgent practical issues before the church but maintained that the answer was not to turn away from the biblical doctrine of the church. The need in this secular world is not for the church to belong to the world. Rather, the need is for the church to start first with God, not with man, and to submit to the full-orbed teaching of God’s Word. Biblically considered, the church is the people of God, the kingdom and body of Christ, and the fellowship of the Holy Spirit. Too often this became fragmented—the Reformed conceived of the church as the people of God, Roman Catholics as the body of Christ, and Charismatics as the fellowship of the Spirit. The rich balance of biblical revelation calls for all three in a proper ecclesiology.

The People of God

Referencing 1 Peter 2:9, Clowney made much of the fact that the people of God belong to God. They are a treasure-people, a people for God’s own possession. This relationship of possession defines the church.

In the Old Testament, the great assembly of Israel was at Mount Sinai. With the coming of Christ, the people of God are assembled not to the fire and smoke of Mount Sinai but to God himself and to the heavenly assembly where Christ is, as the Mediator of the new covenant (Heb. 12:18–24). It is this heavenly reality, manifested in the power and presence of the Holy Spirit, that gives meaning to the earthly gathering in Christ’s name.

The Body of Christ

Clowney stressed that the grounding of the body figure of Christ in covenant representation spares the church from false positions such as identifying the church with the resurrection body of Christ. Christ has risen from the dead bodily and is not seeking embodiment.

The relationship of the church to the lordship and servanthood of Christ is also pivotal here. Clowney wrote,

As Lord, God comes in Christ to gather his people. But Christ comes as Servant as well as Lord. He comes to fulfill the covenant from man’s side, to be the true Son and Servant. The Messiah is the head of a redeemed humanity; his headship binds him to the church as the representative and vital head of the covenant. (60)

The Fellowship of the Spirit

The same covenant relationship of possession—“as Lord, Christ claims his people for God; as Servant, Christ claims God for his people” (74)—applies to the church and the Holy Spirit. The Holy Spirit is both Giver, as the Spirit of God he possesses his church, and Gift, as the Spirit of God he is possessed by his church. The Spirit abides among the people of God, the living temple of his presence. The life of the church is nothing but a rigid shell apart from the filling of the Spirit.

Clowney also argued that the fellowship of the Spirit binds Christians together in the church in spiritual discipline. If Christians do not at times admonish and rebuke one another, they ignore the Spirit’s work as Lord and Sanctifier. If the church does not pronounce anathema to the lies of antichrist, then it betrays the ministry of the Spirit of truth.

In closing, Clowney said that Christ calls his scattered sheep to the unity of the Spirit. To the eye, impassable might be the path where he calls, blocked in part by the walls of rebellion. But Christ calls his church, and he will be answered, not in the weary tones of political opportunism, but in ardor of jealous love. (81)

The author is general secretary of the Committee on Christian Education and editor of New Horizons. New Horizons, October 2021.