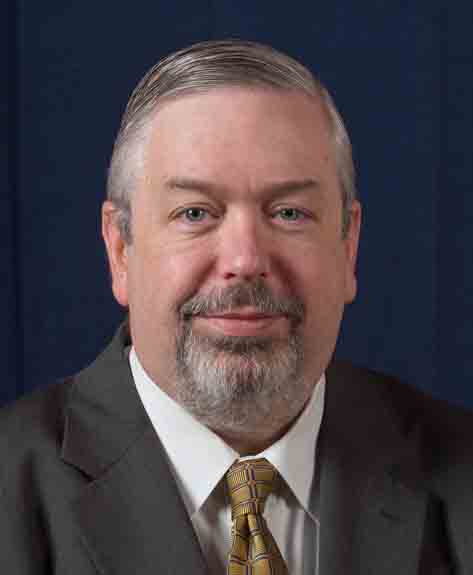 Charles Hodge (1797–1878) graduated from the recently established Princeton Theological Seminary (founded 1812) in 1819, proceeded to teach there as an instructor and then as a longtime professor in biblical (later theological) studies, and became its head in 1851.

During his almost six decades of labor at Princeton, Hodge taught thousands of Presbyterian pastors, missionaries, and those in other fields of ministerial service. Though, due to health concerns, he attended few general assemblies (serving as moderator in 1846), he wrote extensively each year on the general assembly of the PCUSA, publishing his writing in the July issues of the Biblical Repertory and Princeton Review, of which he was editor for many years. Hodge never served as a pastor, but he was, in many respects, a consummate churchman.

Hodge’s views on the church were formative for so many in the Old School (1837–1869) Presbyterian church in the nineteenth century, and he left his mark on the wider Protestant church as well. At his death in 1878, Hodge’s significance as a theologian and figure of great influence was heralded not only by Presbyterian publications, but also by Methodist, Episcopal, and Congregational ones. The national Methodist paper lauded him as the preeminent theologian of the day and, though clearly at variance with many of Hodge’s views, went so far as to say, “Princeton has lost its greatest ornament, the Presbyterian Church its most precious gem, the American Church her greatest earth-born luminary.”[1] No other figure of American Presbyterianism was as widely loved and regarded as Charles Hodge.

It is often noted that Hodge omitted ecclesiology in his three-volume Systematic Theology. For this, and more particularly for their debates on the nature of true Presbyterianism, James Henley Thornwell did not regard Hodge as a good ecclesiologist. It is indeed the case that Hodge and much of American Presbyterianism (including critics like Thornwell) could tend toward too low a view of the church and the sacraments. But Hodge did not neglect ecclesiology, setting forth in many essays published over many years what he did not in his systematic theology. These were gathered by his son A. A. Hodge, after his father’s death, in the volume Discussions in Church Polity. This article focuses on Hodge’s understanding of the church’s spiritual nature as set forth in his Church Polity. Like all Protestants, Hodge understood the essence of the church to be spiritual and thus invisible, though this may have led at times to too low a view of the visible church, a common American problem.[2]

In the first chapter of Church Polity, on the “Idea of the Church,” Hodge gives us a definition of the church: The church is, in its essence, a spiritual kingdom, constituted such by the work of the Holy Spirit, who applies to her the accomplished redemption of the one who is her prophet, priest, and king: the Lord Jesus Christ. Hodge endeavors to flesh out the particulars of his approach in this essay. He starts by noting that in the “symbol of faith adopted by the whole Christian world,” the Apostles’ Creed, “the Church is declared to be ‘the Communion of saints’” (5). Thus, he equates the one, holy, catholic, and apostolic church with the communion of the saints. Since the church is the communion of saints, Hodge argues, this means that there is that which “is not included in it,” as well as that which “it does really embrace” (5).

Hodge writes, “It is obvious that the Church, considered as the communion of saints, does not necessarily include the idea of a visible society organized under one definite form” (5). While an earthly kingdom is a “political society governed by a king” and a democracy one “having the power centered in the people,” there “may, however, be a communion of saints without a visible head, without prelates,” or without a congregational government. Hodge will make this point time and again, particularly in this essay: “[T]he conception of the Church as the communion of saints does not include the idea of any external organization. The bond of union may be spiritual. There may be communion without external organized union. The Church, therefore, according to this view, is not essentially a visible society … which ceases to exist if the external bond of union be dissolved” (5) as it may do for a time when persecuted and forced underground.

This is because, simply, “the Church, as such, is not a visible society. All visible union, all external organization may cease, and yet, so long as there are saints who have communion, the Church exists, if the Church is the communion of saints” (6). What is the glue of such communion, one may ask? “That communion may be in faith, in love, in obedience to a common Lord. It may have its origin in something deeper still; in the indwelling of the Holy Spirit, even the Spirit of Christ, by which every member is united to Christ, and all the members are joined in one body” (6). For Hodge, “this is a union far more real, a communion far more intimate, than subsists between the members of any visible society as such” (6).

This union that believers have with Christ renders them holy, free from the guilt and moral pollution of sin. “The saints, therefore, according to the scriptural meaning of the term, are those who have been cleansed from guilt or justified, who have been inwardly renewed or sanctified, and who have been separated from the world and consecrated to God” (6). Hodge argues that it is saints thus defined who constitute the church: “If a man is not justified, sanctified, and consecrated to God, he is not a saint, and therefore does not belong to the Church, which is the communion of saints” (6). This is a quintessentially “spiritual” conception of the church. This may unsettle some Presbyterians: in outworking the doctrine of the church, our nineteenth-century Old School forbears sometimes fell short. Hodge does clearly define Presbyterianism, however, in his essay on that in his Church Polity, but not in a way that unchurches all who are not Presbyterians. The specifics of Presbyterian polity, Hodge was always clear, belong not to the being (the essence) of the church but to its well-being.

The Indwelling of the Spirit

Here you have the doctrine of spirituality in its essence and in its most potent form: “The proximate and essential bond of union between the saints, that which gives rise to their communion, and makes them the Church, or body of Christ, is, therefore, the indwelling of the Holy Ghost” (7). It is the presence of the Holy Spirit, the ministry of the Holy Spirit, in individual hearts and lives that make them, as a collective, to be the church. Hodge asserts: “Such, then, is the true idea of the Church, or, what is the same thing, the idea of the true Church. It is the communion of saints, the body of those who are united to Christ by the indwelling of his Spirit” (7). Hodge concludes, “The two essential points included in this definition are, that the Church consists of saints, and that the bond of their union is not external organization, but the indwelling of the Holy Spirit” (7). Hodge speaks of this summarily in this way in his Church Polity:

1. The Holy Spirit constitutes the true church—that invisible body of believers gathered across the ages and found in a variety of particular visible churches. This stands against all Rationalism and anti-supernaturalism. It also serves to refute the charge that Hodge was captive to Scottish Common Sense Realism.

2. The church is a spiritual kingdom, whose power is moral and suasive—as opposed to the state, a physical kingdom whose power is legal and coercive. The state itself is not atheistic, however, and, though separate from the church, and not over the church, should provide the atmosphere in which the church can thrive (facilitating Sabbath observance, encouraging Christian morality in schools, etc.).

3. The church, over against the Roman Catholic Church, or any other ritualist churches, exercises power in a fashion that is ministerial and declarative as opposed to power that is magisterial and legislative.

4. Thus the spirituality of the church, in this sense, means that the church is the Spirit-composed communion of saints, who dwell in a variety of particular churches across the earth, who are called to a specific task, the gathering and perfecting of the saints. It is to that task and not to mere ritualism ecclesiastically or politics civilly that this true church is called.

[1] Alan D. Strange, The Doctrine of the Spirituality of the Church in the Ecclesiology of Charles Hodge (P&R, 2017), 87. For more on the life of Hodge, in keeping with his work on the spirituality of the church, see chapter 2 (49–87).

[2] For a fuller discussion, see Ecclesiology of Charles Hodge, especially 162–174.

The author is a professor at Mid-America Reformed Seminary and associate pastor of New Covenant Community in Joliet, Ill. New Horizons, October 2021.