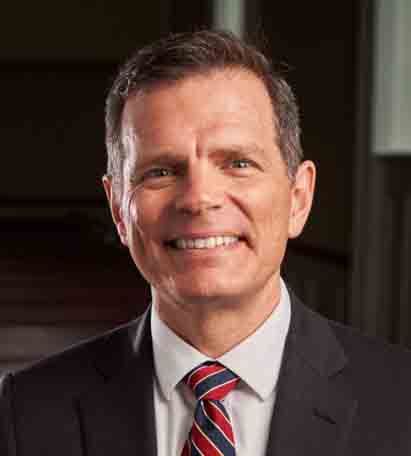 Forces of culture influence and shape our thoughts. In turn, what forces shape evangelicalism and the Reformed faith? Two different forces have shaped each theological movement: the Romantic idea of the genius on one end of the spectrum and the doctrine of the church on the other.

The Romantic Idea of the Genius

Noted historian of philosophy Isaiah Berlin observed that Romantic philosophers of the eighteenth century shaped modern culture in ways that many people forget or are unaware of. Were we able to transport ourselves back to the sixteenth century and ask a Roman Catholic, “Factoring your disagreement with your Protestant foes, don’t you admire Protestants for their zeal, skill, and intellectual rigor with which they have carried out their program of reformation?” The Roman Catholic would respond, “No! They’re schismatics!” Berlin makes the point that admiring the way someone does something while ignoring what they’re doing is from the influence of Romanticism. In other words, how you do something is more important than what you do, according to Romanticism. This illustrates its nature, a philosophical movement that encouraged people to prioritize feelings over intellect. One of the thrusts of Romantic philosophy was the creation of the idea of the genius. Under the sway of emotion, French philosophe Denis Diderot claimed that the genius was an artist, a rule breaker, one who transcends the bounds of civilized man to blaze his own path. In his nineteenth-century Essay on Original Genius, Scottish Presbyterian William Duff argued that the indispensable characteristic of genius is an unrestrained imagination because this is what makes the genius unique and creative. This sets the stage for the Romantic influence on evangelicalism and the genius theologian.

The multi-branched tree of evangelicalism has no root in a single theological confession but in a coterie of theologians. Evangelicals typically look to big names as the lodestars for their understanding of the Christian faith. People are drawn to the genius and creativity of a theologian or pastor based upon their own interests. Are you interested in Christian Hedonism? Then you turn to John Piper. Are you trying to live your best life now? Then Joel Osteen is your genius. Do you believe that all theology is eschatology? Then Wolfhart Pannenberg is your instructor. Are you concerned about having a bombastic voice in the culture wars? Then Doug Wilson is your cup of tea.

People herald these so-called geniuses for their insight, their creativity, and the unique way they present the doctrines of Scripture. The problem is, apart from a confessional anchor, the individual theologian or pastor becomes the bar of doctrinal orthodoxy. People measure doctrinal veracity by the unique fingerprints of the genius. The degree to which one emulates the genius is the degree of his success. The degree to which churches echo the genius’s doctrinal distinctives is the degree to which they are faithful to Scripture. The problem with such an ethos is that nowhere in Scripture do we ever see the church looking to one person to define belief unless, of course, that one person is Jesus Christ. Under the powerful influences and culture-shaping powers of Romanticism, large portions of evangelicalism allow celebrity to shape their doctrinal convictions, rather than the church.

The Doctrine of the Church

Contrary to the celebrity culture of evangelicalism, Reformed churches have an ecclesial root in Scripture and confession. Two important caveats are necessary. First, all Reformed churches recognize that their confessions and catechisms are subordinate to the authority of Scripture (e.g., WCF 1.10). Second, as a group, evangelicals are committed to the authority of Scripture, but celebrity culture filters the Bible’s voice through a cacophony of different individuals rather than the unified voice of the church. All Christians (at their best) look first and foremost to Scripture, but when they seek guidance, evangelicals typically look to their geniuses, whereas Reformed and confessional Christians, ideally, look to the church. The current cadre of confessions were typically written by and adopted by church bodies. The Reformed confessions have roots that reach back to the ecumenical councils in the fourth and fifth centuries (Nicaea, Constantinople, Ephesus, and Chalcedon). Despite the popularity of the term Calvinism, initially a term of derision and effort to tag the Reformation as sectarian, Reformed churches have no lodestar theologian but instead a body of confessions. In their great wisdom, our forebears recognized that no one person should shape the church’s doctrine, but that only the church throughout the ages guides us as we seek to understand the Bible’s teachings.

A Potential Pitfall for Reformed Churches

As committed as the Reformed churches are to their confessions, the siren call of culture and theological genius beckons us away from our anchor. I suspect we see evangelicals touting their geniuses, and, with good reason, we want to showcase our own: Calvin, Beza, Bullinger, Ursinus, Olevianus, Turretin, à Brakel, Witsius, Owen, Boston, the Hodges, Warfield, Machen, Bavinck, Kuyper, Murray, Van Til, and the like. There are common and unique features in the theologies of all these men. But we should recognize that what binds these theologians is not their theological distinctives but their commitment to Scripture and confession. If we begin to take their unique features and make their distinctives the mark of what it means to be Reformed, then we fall into the pitfall of theological genius—defining doctrine by the cult of personality rather than through the church’s careful and prayerful deliberation on Scripture in dialogue with the church throughout the ages.

Many are aware of Calvin’s minority view regarding the precise nature of how to explain the Son’s deity in relation to the Father, and yet some have claimed that Calvin’s view is what makes one truly Reformed. Nevertheless, aware of Calvin’s views, the Westminster divines were silent regarding his formulation. The Westminster Assembly decided that the Reformed faith should not be defined so narrowly as to make Calvin’s minority position normative. His position is within the bounds of the Reformed confessions, but they do not make it the sole mark of trinitarian orthodoxy. Exceeding the boundaries of our confession and trying to press the church into the mold of the individual will sideline the church and replace it with the genius theologian.

We can have our theological heroes and gravitate towards certain pastors and theologians. We can and should follow those whom we believe most clearly point us to Christ. However, through the work of the Spirit and Word of God, the theological spine holding the body of truth upright is the doctrine of the church. Apart from church and confession, people have nowhere to turn but to the biggest and brightest theological celebrities. If we make the theological genius’s unique distinctives the hallmark of what it means to be Reformed, we are swimming in the stream of Enlightenment Romanticism and individualism. Individually, we are free to hold distinct theological positions, but when it comes to defining the church’s corporate faith, our confessions define what it means to be truly Reformed. We must never allow, therefore, the genius theologian to displace the church and the role of its scripturally subordinated confession.

The author is an OP minister and professor of systematic and historical theology at Reformed Theological Seminary Jackson. New Horizons, January 2023.