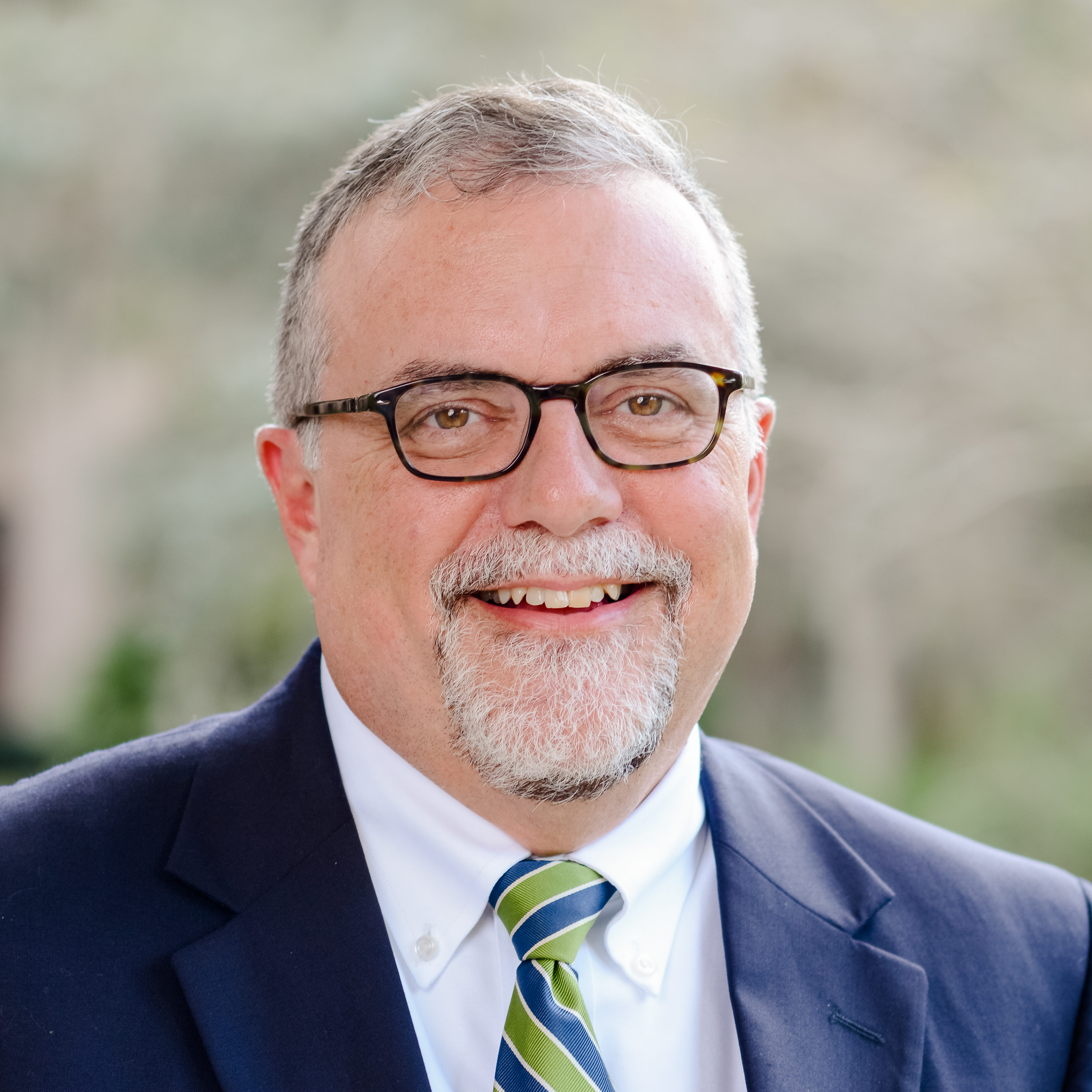 A year ago, Christianity Today magazine ran a twelve-episode podcast on the “Rise and Fall of Mars Hill,” the improbable story of Mark Driscoll and his Seattle church. It documented the rapid transformation of a small home-group Bible study into a fifteen-thousand-member megachurch (nearly half the size of the OPC!), in one of America’s most secular cities, followed by its equally spectacular collapse, all in the space of less than two decades (1996–2014). Though I am not in the habit of podcast-listening, this series quickly gained my interest, not least because producer/narrator Mike Cosper, a former Mars Hill staff member, told the story so well. His extensive interviews included pastors, theologians, historians, sociologists, experts on abuse, and former members and staff of the church.

Driscoll is not the first celebrity pastor, nor did he invent the megachurch. What makes him distinctive is that he is the first social media celebrity as a pastor, and this is the story of the creation and curation of a mediated image. His edgy style beguiled the church into accepting his many outlandish claims (did he really read a book a day?), and allowed him to spend hundreds of thousands of dollars of church funds to game the system that registered him as a New York Times best-selling author.

Church members look back with pain and regret at their uncritical participation in what they describe as the toxic culture of Mars Hill. But the podcast rightly notes that many beyond the church failed to exercise discernment, and some were equally willing to ride on his celebrity and profit from his coattails. The Acts 29 church-planting network quickly provided him funding and a prime leadership position. Evangelical publishing companies competed to get him under contract, uncritically committing his views to print. One prominent Reformed voice mourned the abuse-laden dysfunction of the church, a condition he was abetting by serving on an inattentive “off-site church advisory board” that was, to say the least, irregular. One former staff member, while ruing the platform the church created for Driscoll, still could not keep himself from recalling how “cool” it was to meet John Piper and Tim Keller on an elevator at an Acts 29 conference. The craving for celebrity dies hard.

The podcast’s accounts were certainly colorful. Driscoll threatened in a sermon to “go Old Testament” on his critics (referring to Neh. 13:25). The wood-chipper was his occasional metaphor for church discipline (more Coen brothers than Pauline). Theologically, Driscoll embraced and then abandoned (four-point) Calvinism, which he had come to see as “garbage.” Episode five, details of which we shall spare readers, documents how, in Cosper’s words, “sexuality was at the core of the church’s identity and mission.”

Bonus episodes set the Mars Hill story in the broader context of American evangelicalism. One looks at Joshua Harris, the former wunderkind of Sovereign Grace Ministries who authored I Kissed Dating Goodbye. After his parallel rise and fall as a Reformed celebrity, he is now a divorced agnostic. Cosper insightfully observes that “ex-vangelicals” like Harris remain evangelical in their missionary zeal and commitment to celebrity. Another episode takes a deeper look into toxic cultures by comparing Mars Hill Church with Indiana University basketball under coach Bobby Knight, the once acclaimed basketball genius. In both cases, money and power lead the mission astray; the playbook is altered to support the leader in order to protect the institution.

Some listeners have dismissed the podcast as a progressive evangelical hit-job on complementarianism that descends into tabloid journalism. But that judgment seems misplaced. The series is generally even-handed. A reference to Bill Hybels and Willow Creek Church acknowledges that misogyny can manifest itself also in egalitarian circles. Cosper repeatedly urges listeners against finger-pointing, advising instead that all look in the mirror to ask why these patterns of spiritual abuse recur: “Maybe we all killed Mars Hill.”

Still, Orthodox Presbyterian listeners may find this of little value except to fuel their evangelical celebrity schadenfreude. But this podcast will reward listening for more noble reasons. It prompts reflection on the state of contemporary American evangelicalism and the temptations that confront a church striving for faithfulness in our age. It is a reminder that churches need to consider more carefully the matter of sustainability and the problem of scale: at what point is a church simply too big to shepherd? Further, it points out how technology can misshape a community. Mark Driscoll quickly found himself discontent with merely pastoring a church, even a megachurch: the internet was his parish. Under these conditions, church leadership will limit its authority to controlling disaffected members while disregarding pastoral overreach. After all, Driscoll was the franchise. When the church’s mission becomes the success of his platform, it should come as no surprise to hear from the pulpit: “There is a pile of dead bodies behind the Mars Hill bus. By God’s grace, it’ll be a mountain by the time we’re done. Either get on the bus or you get run over by the bus, but those are the options. The bus ain’t gonna stop.”

The call of the pastor is no longer to be a faithful teacher and gentle shepherd; now he is the centerpiece of the show. And here Driscoll is not alone. Cosper adds that Driscoll “said things very loudly that are said quietly in all kinds of churches related to power and celebrity. At some point, I think the church needs to have a reckoning with its relationship to power and weakness.”

Mars Hill happens because we end up with the leaders we want when we privilege personality over character. American evangelicalism has created structures for church ministry that offer leaders affirmation without accountability. In the last days of Mars Hill, friends urged Driscoll to find someone to whom he could be accountable. He responded that he could not possibly find the likes of John Piper a mentor, or anyone else who served a church smaller than Mars Hill. As arrogant as that may sound, one might understand Driscoll’s confusion at the rules suddenly changing. Within two years of resigning from Mars Hill, Mark Driscoll moved to Scottsdale, Arizona, where he launched a new church. He still retained many online followers, and much of his old messaging is now available on his new website.

Orthodox Presbyterians may be tempted to imagine that this can’t happen to us, because we have the polity that protects us from such ecclesiastical dysfunction. However, churches that draw that conclusion will render themselves even more vulnerable to the problems that beset Mars Hill. That is the warning given in Michael J. Kruger’s new book, Bully Pulpit: Confronting the Problem of Spiritual Abuse in the Church (Crossway, 2022), which I would commend as a helpful companion to the podcast. Not written with Driscoll and Mars Hill particularly in mind, Kruger reminds us that spiritual abuse comes in all church sizes and theologies. We may trust our “plurality of elders or higher levels of accountability,” he writes. “But these forms of government don’t magically solve the problem. Indeed, many of the abuse cases I’ve seen come from precisely these circles.” Pastors become heavy-handed tyrants, Kruger observes, and repeat the pattern of abusive behavior when they seek to protect their own power: “such fear of loss is idolatrous. It puts something else—in this case, our own glory, power, and success—above the good of God’s sheep and above the glory and honor of God himself.”

Is it possible to escape the idolatry of celebrityhood? In one episode, Andy Crouch commends the late Presbyterian pastor, Eugene Peterson, as a counterpart to Driscoll. Peterson’s popular paraphrase, The Message, established his celebrity status, but Crouch contended that Peterson wore it humbly, avoiding the limelight. He continued to pastor a small church before teaching at Regent College. As Peterson reflected on his calling, he could have been describing the Mars Hill Church when he wrote that “North American culture does not offer congenial conditions in which to live vocationally as a pastor.” It is a “way of life that is in ruins. The vocation of a pastor has been replaced by the strategies of religious entrepreneurs.”

Peterson set out to be a fierce voice of dissent, guarding “my vocation from these cultural pollutants so dangerously toxic to persons who want to follow Jesus” in a way of life “shaped by God and the Scriptures and prayer.”

As a mainline Presbyterian, Peterson may be as far from our tribe as Mark Driscoll. But I was gladdened to learn, in the past year, of three Orthodox Presbyterian ministers who have found Peterson’s books to be an encouragement for faithful perseverance in pastoral ministry. His memoir, The Pastor, would be a refreshing read after listening to “The Rise and Fall of Mars Hill.”

The author is an OP elder and professor of church history at Reformed Theological Seminary Orlando. New Horizons, January 2023.